Star Wars: The Force Awakens Might as Well Be Called “Marvel’s A New Hope” 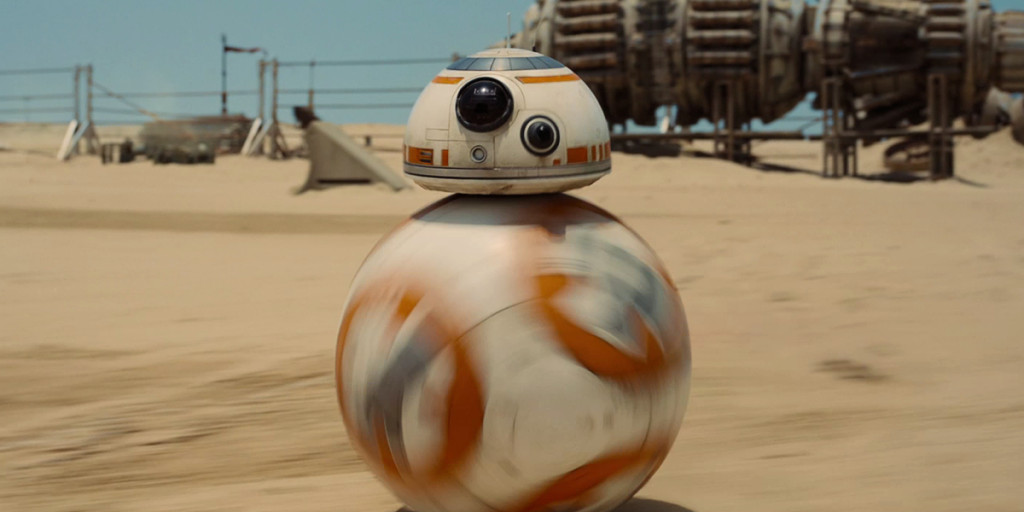 Note: This article does not contain spoilers. I will do a more in depth analysis in a few weeks once more people have seen it. To be sure you never miss an article, I encourage you to like my Facebook page or follow me somewhere else. Also, my books make great Life Day presents.

The moment we’ve all been waiting for since the Revenge of the Sith capped off a six year long butchery of one of the most treasured cinema franchises in history is finally here. The characters we grew to love: C-3PO, Chewbacca, Nien Nunb, and Admiral Ackbar are back to make us forget about tax negotiations, midichlorians, Hayden Christensen, and Jar Jar Binks. While the internet has done a good job of hiding the spoilers, unless you’ve been living in a Wampa cave on Hoth, you’ve heard that this is a good movie. I’m not going to dispute that.

Is a great movie? No.

The bar for The Force Awakens was set pretty low. After bringing back the original trilogy’s three leading stars, it would have essentially been impossible to make a movie worse than any of the prequels. Disney and J.J. Abrams knew which mistakes not to make and wisely listened to the past decade’s worth of criticism levied against Darth Lucas.

Problem is, J.J. Abrams spent so much time trying not to be the prequels that he forgot to give the film a plot. Between the nostalgia factor and the ridiculously adorable BB-8, it can be a little hard to notice, but this isn’t really a film concerned with being a movie. Instead, it wants to give the fans what the last three entries failed to provide while it sets up the franchise for the next dozen entries or so.

Given that Disney is planning to release a Star Wars film every year from now on to presumably the end of time (alternating between the main timeline and standalone films), it’s not completely horrible that the film doesn’t really explain anything. We don’t know how the bad guys came into power or what’s happened since Return of the Jedi, but we do have explosions and Han Solo. The film doesn’t waste a minute of its two hours and fifteen minute runtime so the decision to exclude a plot might not be the end of the world. This just looks like a movie so preoccupied with not being terrible that comes at the cost of greatness.

The Force Awakens plays it safe in many ways. Without diving into any detail, there’s quite a bit of familiarity to the film that feels more derivative than nostalgic in many ways. I’d say that wasn’t a bad thing, but this isn’t a film that ever tried to make the Kessel run in under twelve parsecs. It settles for around eighteen.

The new cast do shine. Daisy Ridley, John Boyega, and Oscar Isaac seamlessly transition into a franchise that doesn’t deserve the benefit of the doubt when it comes to new characters, having burned fans too many times before with the Ewoks, Binks, Watto, Nute Gunray, Jango Fett, and the fat diner owner from Attack of the Clones. The old cast fits in as well and their presence never feels obligatory. This movie works on many levels. Just not all levels.

There is one casting choice that was a clear mistake. I won’t say much for fear of spoilers, but Adam Driver is just terrible. Every fear I had from the decision to cast Girls’ leading man as the main villain came to fruition. Kylo Ren isn’t quite the next Jar Jar Binks, but he’s dangerously close.

Was the film going to satisfy everyone? Never. There will always be fans who mourn the death of the Expanded Universe (I wrote an article on that last year). You might want to lump me in that category and you’re certainly welcome to do so.

When Disney bought Star Wars, we knew the franchise wasn’t going to carry on as George Lucas intended. That’s a good thing for the most part, except Disney owns another huge, flawed franchise that mass produces blockbusters, which presents a question you’ll have to answer for yourself.

Would you rather have George Lucas’ Star Wars or Marvel’s Star Wars?

My main complaint with the Marvel movies is that they never fully live in the moment. They’re always thinking about the next installment. You’re watching a series; you’re never actually just watching a movie. First movies aren’t supposed to have all the answers, but A New Hope hardly withheld such obvious information from moviegoers.

The notion that I might just be one of those angry fans who will never be satisfied doesn’t really swirl around in my head. I’m not really annoyed. I grew up obsessed with Star Wars. I’ll always be grateful to Star Wars. Some of my closest friendships blossomed through a common infatuation with the world George Lucas created.

Now I see a franchise that aims for satisfaction instead of innovation. That’s what mainstream movies want and I’m okay with that. I just don’t see myself memorizing entire films or buying backpacks based off the new characters (and that’s not because I’m too old either. You’re never too old for Yoda). I’ll still go to see them. I’ll probably still write about them, but part of me longs for the days of Jar Jar Binks. I may have hated him, but at least he made me feel something. There used to be a time when Star Wars tried to convey emotion.