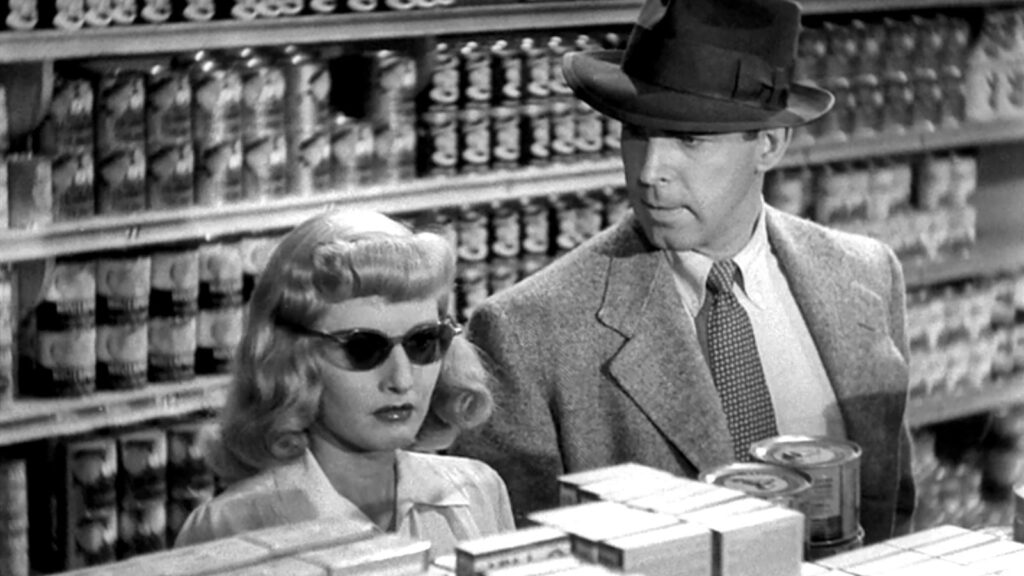 Society generally does a horrible job explaining the concept of crime to children. Separating the world into a false binary of good vs. evil barely even orbits the reality of injustice. A person hardly needs a rotten soul to find themselves wrapped up in a situation far beyond any lay person’s assessment of their moral fiber.

1944 launched the film noir genre with the iconic masterpiece Double Indemnity. Walter Neff (Fred MacMurray) is a fairly hapless insurance salesman, overconfident in his own ability to sway any scenario to his own liking. Neff is quite the easy mark for Phyllis Dietrichson (Barbara Stanwyck), a disgruntled housewife looking to murder her selfish husband. Neff puts up an obligatory meager resistance to the idea of committing a capital offense, before realizing that his knowledge of the insurance would prove invaluable to the success of the scheme.

Director/co-screenwriter Billy Wilder masterfully identifies the low-stakes pressure point in Neff’s character that defines his weakness as a person. Neff is not an evil man by nature. He is, however, very bored. Undervalued at work, Neff’s boss Barton Keyes (Edward G. Robinson) pressures him into taking a desk job viewed by Neff as a demotion beneath his skills as a salesman out in the fields.

Stanwyck plays her feminist icon with an understated sense of poise that demonstrates that while she’s firmly in command of Neff’s psyche, she hardly needed it to exert much pressure to achieve her goals. Phyllis promises the thrill of a lifetime, one that his desk job could never care to deliver. The murder isn’t the result of a battle between good and evil, but rather a natural response to a system that had no place for either Phyllis or Neff, both pawns in someone else’s game. Capitalism is the true villain of Double Indemnity.

Wilder understood an innate truth of crime thrillers. Some find satisfaction at the end of a whodunit when the killer is brought to justice, but that’s not the sum total of the appeal of the genre. Plenty seek a deeper understanding of why someone might turn away from the path of justice, to commit atrocities that make us feel uneasy to even think about.

MacMurray’s status as the “leading man” is almost an oxymoron. Stanwyck is the real driving force, but Wilder positions the two in a clever way that heightens Neff’s lingering emasculation at the hands of his boss. Neff can’t stand the uncomfortable claustrophobia of life square in the palm of capitalism’s mighty hand. The murder is not the work of an evil man, but the temper tantrum of a grown adult tired of living his life like a child, without a whiff of agency.

Noir delivers these uncomfortable truths, the layers of ugliness that often define the human experience. Crime thrillers teach us to rejoice when the bad guys are brought to justice. Noir isn’t interested in demonizing those who walk off the straight and narrow path, instead determined to present their full humanity, the kind of reality that can’t be boxed into the good vs. evil binary. Neff and Phyllis are criminals, but Wilder’s triumph lies in the way he successfully brought out the best in his characters.

ITM was interviewed by Rotten Tomatoes

Fitting for Pride Month, ITM was recently interviewed by Rotten Tomatoes for their “Know Your Critic” feature. Ian defended such treasured works of cinema such as Showgirls, Batman & Robin, and the Marxist primer A Bug’s Life.

You can check out the full interview here: https://editorial.rottentomatoes.com/article/know-your-critic-ian-thomas-malone-writer-podcaster-and-comedian/

We are delighted to welcome Jay Northcott to discuss their time in the Big Brother Canada house. Jay is a nonbinary theatre director and drag performer based in Toronto, who made quite the impression ahead of their week two eviction, setting the stage for the epic week three house flip that shook up the entire game.

Jay shares so many fascinating insights into the gameplay, as well as the unique challenges presented to LGBTQ houseguests. Ian & Jay talk quite a bit about the season as a whole, one of the all-time greats for BB North America. 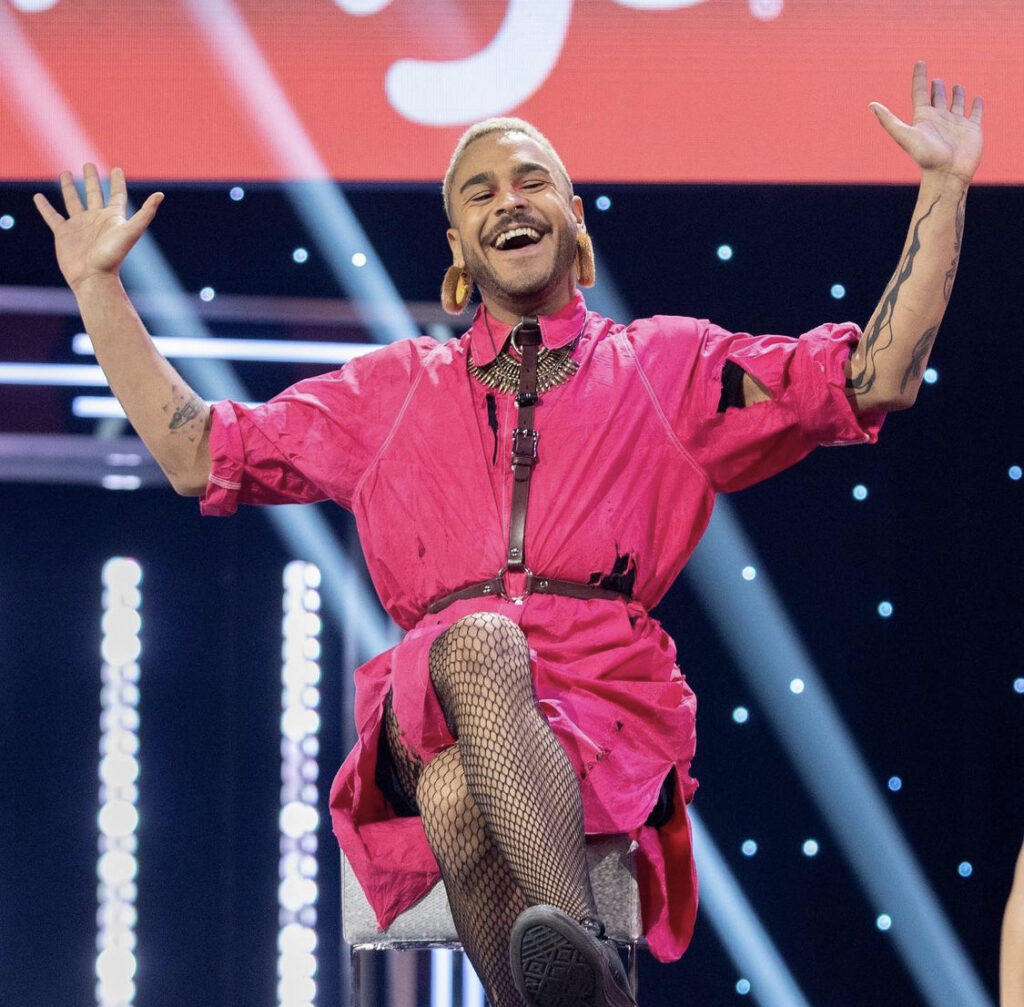 Be sure to check out our prior BB CAN 10 coverage, including an interview with Kyle Moore.

A Requiem for ”How Are You?

ITM loves Tinder, a dream come true for a liberated transsexual as the dawn of hot girl summer lies ahead. Tinder is full of beautiful people of many genders, but it’s also a place where boring fuckboys come for their pound of flesh.

Ian unpacks the most tedious opening of them all, the “how are you” maneuver farted into the void to deflect the burden of courtship. Casual relationships need not be meaningless interactions, an important reminder to view yourself as the catch that you are.

If you enjoy Estradiol Illusions, please consider leaving a review wherever you get your podcasts.