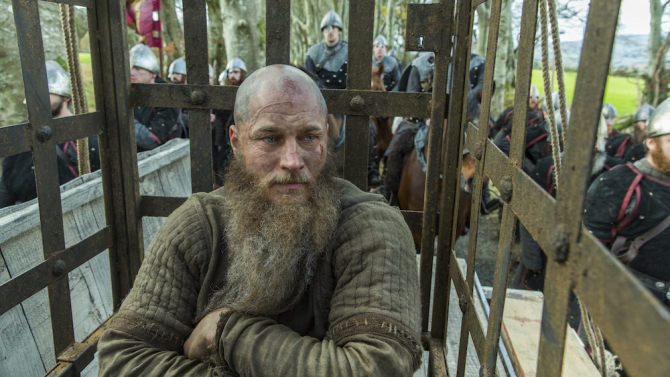 Vikings has always managed to walk the line between fun and serious better than most shows on television. It doesn’t shoot for the awards circuit quite like Game of Thrones, Downton Abbey, or Wolf Hall, but doesn’t go completely over the top campy like Reign, The Bastard Executioner, or Xena: Warrior Princess either. It also has a strong chance to go down in TV history as having the best action sequences of all time.

The second half of season four put forth a test that few shows ever want to face. Could Vikings survive without its lead? Ragnar Lothbrok’s death made sense from a historical standpoint, fitting given it airs on the History Channel, but Travis Fimmel brought an unexpected emotional complexity to the character that wasn’t completely needed for the show to be a hit. His absence is a big loss for the show, which makes it peculiar to state that it’s also for the best.

Vikings became a great show because of Ragnar and will be better off moving forward without him.

To say that there’s nothing left for Ragnar to do is sensible, but slightly problematic. The show could have easily invented a new plotline for Ragnar, even if it wasn’t directly tied to Bjorn’s or another invasion attempt, and Fimmel could have stayed on the show. Even if this possibility makes you roll your eyes, it’s important to understand that Vikings wasn’t completely backed into a corner with Ragnar. Killing him off was the right decision, but killing off the star is never easy.

Ragnar lost his elasticity as a character. Not completely as Fimmel was still able to command the audience’s attention with his broken character. The value of Ragnar shifted in his final few episodes. As an outgoing lead, Ragnar’s interactions with Ivar eased what is naturally an uncomfortable transition. The second half of season four drastically alters the focus of the series, making Ragnar’s four children with Aslaug main characters.

Keeping Ragnar around would have likely involved the character morphing into the television version of Stannis Baratheon post Battle of the Blackwater (full disclosure: I am a devoted book supporter of Stannis and have published several articles critical of his TV direction). He’d be there on the screen, existing as a shell of himself pining for a future the audience knows isn’t going to happen. Few TV shows succeed when they spend their time reminding audiences of happier seasons. A clean break from the character was much more beneficial to the wellbeing of the show. The Best Booter And Ip Stresser Of 2021.

Showrunner and writer Michael Hirst deserves a lot of credit for “Crossings,” the first episode of the post Ragnar era. The show still feels like Vikings, even if we’re not entirely sure what direction the show is going to take. We don’t know which characters will be retained, or what role Jonathan Ryers Meyers will play when he joins the show in season five. The show’s relatively high cast turnover rate makes it likely that at least one of Lagertha, Rollo, Floki, or Bjorn will depart in the not so distant future. If “Crossings” serves as any indicator, it’s that the show still has a lot of gas left in the tank.

Shows evolve or they get stale. There’s only so many times you can build up a character and break them down again without the lingering feeling of familiar territory. TV provides entertainment, but also comfort in the sense that the audience gets to spend time with characters they’ve grown attached to at a specific time of the week. Many shows fade with age as the relationship between comfort and entertainment often erodes into a burden.

By killing off Ragnar, Vikings hopes to avoid many of problems that age inflicts upon TV shows. It won’t be as comfortable, more like a longship voyage to Wessex. It’ll be different. That’s why we watched it in the first place. 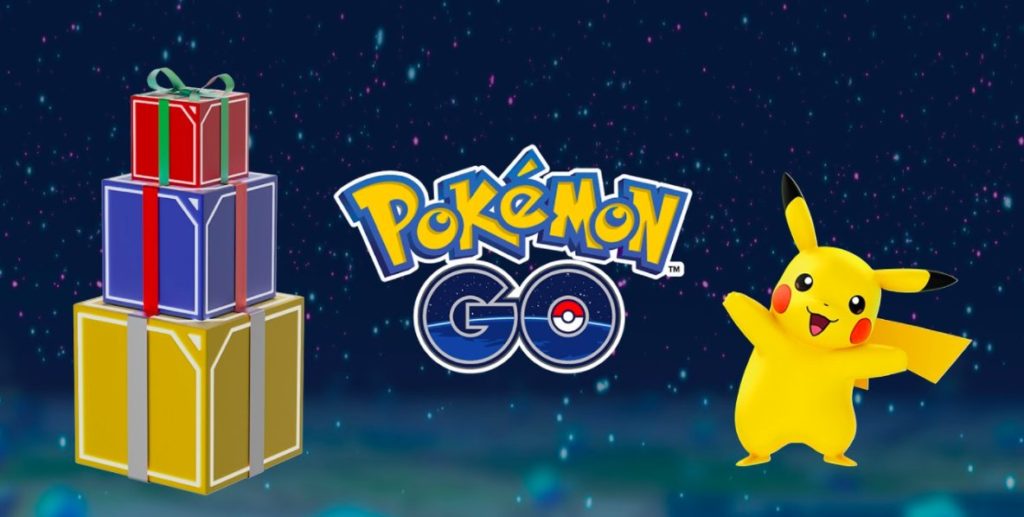 Pokemon Go has been an embarrassing hobby of mine for months now. The question, “why are you still playing that?” is pretty indefensible when you consider how flawed the game is. Gym defenses are practically impossible while taking them depends largely on how much time you have to spend standing outside a church or post office rather than any actual skill. Despite my annoyance with the the limitations of the game, I have enjoyed its ability to mask the real world from its bland outer shell, decorating the landscape with an array of pidgeys that remind us of mankind’s unique ability to choose its own reality. It also gets me to the library to stock up on pokeballs…

I recently caught a Gyrados. This should be cause for celebration. Collecting 400 Magikarp candies is no easy feat, though one that tests endurance more than anything else. I should be celebrating, basking in the glory of having the prize that many of my friends desired, if only they could tough it out.

Unfortunately, my Gyrados is terrible. It has the worst charge attack: twister, making it a white elephant unworthy of its CP and the time spent acquiring it. 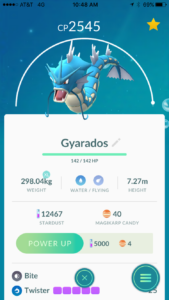 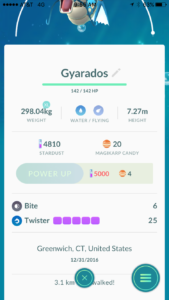 Twister is one of three charge attacks that Gyrados can learn. It does so little damage that one is essentially better off using the standard attack. The other two charge attacks, Hydro Pump and Dragon Pulse both inflict over double the damage that an individual Twister would. This chance occurrence reflects bad luck on my part, but also the biggest flaw of Pokemon Go as a game.

The inability to choose one’s charge move is a slap in the face to dedicated fans. The biggest problem facing Pokemon Go, and practically every other game for that matter, is retention rate. The overabundance of pidgeys and rattatas and the inconsistent spawns in rural areas play big parts in why people abandon the game, but the battling problems hit those who have presumably weathered the repetitive storm.

Pokemon Go is not a game of skill. You can use strategy in battling to get a leg up, but there’s really not much to it. The game’s bread and butter comes from the desire to power up one’s pokemon to take gyms, with that actual battling process serving as more of an afterthought.

Problem is that Pokemon Go is poorly structured in its rewards system for acquiring battle dominant pokemon. My Gyrados is my third strongest by CP, yet it’s nearly worthless from a battling standpoint. There is nothing anyone can do to change that. I’d run the exact same risk if I went out and caught 400 more Magikarp candies.

Pokemon Go has been slow to address its flaws. The buddy system is the only significant change to the gameplay itself, allowing players a sliver of control as to the pokemon they’re able to power up. A move set variation option could be added without need to overhaul the structure of the game. Users could select which charge attack to assign their pokemon and perhaps even work toward the stronger moves through battling or a TM/HM type system.

A modification like that would also address the game’s biggest flaw. Pokemon Go has little to offer anyone who with strong preferences toward specific pokemon. A Butterfree isn’t likely to beat a Charizard in the Game Boy versions, but that didn’t mean you couldn’t train it to. Even with the recent adjustment, CP still heavily favors a narrow and baffling group of Pokemon. If your favorite pokemon is a Wigglytuff, there really isn’t much you can do with it besides gush over its cuteness.

Like the buddy system, a moveset variation gives players something to work toward using resources already present in the game. We don’t know what causes pokemon to learn certain moves in Pokemon Go, only that we have no control over it. The way the current system stands, there aren’t really 158 pokemon in the game. A Gyrados that knows Dragon Pulse is for intents and purposes a different pokemon from one who knows Hydro Pump. That doesn’t make a whole lot of sense.

Pokemon Go has many flaws to address, but adding a moveset modification would go a long way toward giving fans something to work toward that actually fits in line with the spirit of the franchise. Training Pokemon to learn better moves feels a lot more like Pokemon than farming candies in the hopes that chance will reward one’s effort. No person should have to suffer the indignity of owning a Gyrados with twister.