Occasionally Casting Logic Aside, Season Six of Game of Thrones Succeeds at Being Good Television 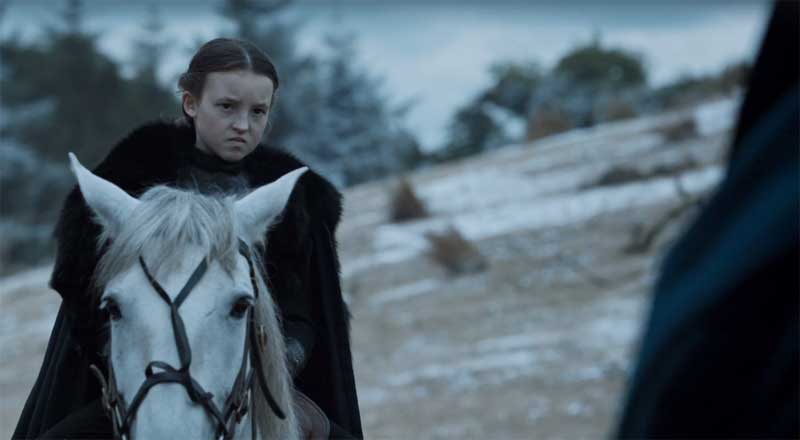 My thoughts on the events of the season finale line up pretty well with my feelings on season six as a whole, both good and bad. A lot of exciting stuff happened and quite a bit of it didn’t make sense. Characters died and others were crowned with very questionable claims to the thrones. Above everything else, season six had an obligation to set up the rest of the show, which only has two shortened seasons remaining. With that in mind, it carried out its duties quite well.

This season did often feel untethered by logic. The high body count seemed driven more by a desire to cut ties with unnecessary characters rather than what made sense for the story. With limited time left, it’s hard to argue against scrapping plotlines like Dorne, even if the execution made zero sense whatsoever. Avenge Oberyn Martell by killing off the rest of his house? As preposterous as it was to see the Sand Snakes seize control of one of the major regions in Westeros without any opposition from any of the legitimate houses, wasting more time on Dorne would have been worse.

It’s hard to believe how much hype was given to Jon Snow’s death prior to the start of the season considering the way the show handled it. His death only served as an out from The Night’s Watch, and even then, it’s hard to fathom why no one in the North besides Ramsey seemed concerned that he was a deserter. Also, I’ll say it again one last time. Jon’s decision to execute Ser Alliser, Olly, and the rest of the mutineers completely undercuts his “release” from his vows. If his death freed him from his duty, he shouldn’t have carried out one final order.

The decision to elect him King in the North is just as baffling as Sansa’s lack of explanation for why she kept the Vale army secret. Why does Jon need to be king? It doesn’t inherently change anything about R + L = J or even the Azor Ahai prophecy, which the show has played down.

By and large, the Northern plotline was pretty good, aided by latecomer Lyanna Mormont, who became this season’s breakout star. The Battle of the Bastards was one of the most visually impressive achievements of the series. My only problem was the unanswered questions. It’s frustrating because none of these gaffes are related to the bigger picture, unless the show wants to do a War of the Three Kings with what little time it has left. Just lazy writing.

Even after being snubbed, Sansa still had her best season. Her storyline was one of the most compelling and she helped guide the Northern plotline in the right direction after Jon spent a few episodes moping around Castle Black. Her final scene with Ramsey was perhaps her best of the show. While it was time for Ramsey to get what he deserved, he was easily the show’s best villain.

One element of the Northern plotline really bugged me as the season came to a close. The Brienne/Davos/Mel dynamic was pretty bizarre, but what was even weirder was the show’s decision to wait until the finale to discuss the burning of Shireen. The passing of time was an often discussed topic throughout the season, with characters traveling all over the map at unfathomable speeds. The idea that it took a full season and the chance discovery of a wooden stag leftover in a snow-covered old battlecamp for Davos to question what really happened to Shireen was a little preposterous.

That said, Davos was simply excellent this season. Best character on the show by far.

The audience’s knowledge of Dany’s impending arrival to Westeros presented a unique challenge for the King’s Landing plot, which needed to present itself as a high stakes storyline given all the key players involved. It all looked like it was headed somewhere… and then everybody died. No Mountain trial by combat. No Margaery planning. Just Cersei as Queen even though she blew up the most sacred religious building in the city, perhaps even in Westeros.

Could there have been more to King’s Landing? Of course. We didn’t need multiple High Sparrow lectures. We didn’t need all that buildup to a Tyrell/Faith Militant spat, only to have a stand down that didn’t go anywhere. Tommen could have had a personality. I really wanted to like the KL storyline, but there really wasn’t much to like here besides some quality acting from Lena Headley, Diana Rigg, Natalie Dormer, and Jonathan Pryce.

Meereen suffered from many of the same problems. Everyone sat around waiting for Dany to come back. Even the characters knew how boring their plotline was. The many Tyrion/Grey Worm/Missandei conversations weren’t aided by Tyrion’s admission that his companions were lame. Tyrion is perhaps the best character on the show, but had nothing to work with this year. I’ve said this in a few recaps and on my live show, but this season really highlighted the mistake of killing off Ser Barristan last year. He could have singlehandedly improved Meereen and it’s not as if his death really served some great purpose.

I was however, a big fan of Dany’s storyline this season. Outside of her two big moments in winning over the Dothraki and sailing to Westeros, she didn’t have much to do, but made the most of every scene she had. Furthermore, limiting her onscreen time allowed much of the other plotlines to breath. It can be hard to care about Westeros when you know that Dany is about to arrive with her massive army and three dragons. The ending of episode four was perhaps the best executed scene of the season and the fact that it came midseason just makes it even more impressive.

My only problem with Dany’s storyline was Ser Jorah. It’s baffling that he’s still alive after this season killed off nearly every expendable secondary character on the show. Telling him to go out and find a cure for his incurable and unnecessary disease was a little ridiculous. I love Iain Glen, but Ser Jorah is nothing but a deterrent at this point. The show handled Dany’s breakup with Daario as well as it could. I wish Ser Jorah had been mercifully allowed to become one with the many rocks in the Dothraki sea.

Arya’s story is a bit hard to judge without instantly thinking about the absurd Terminator 2 style chase through Braavos. Like Dany, Arya had to spend much of the season waiting for other events to unfold before she could return to Westeros. I mostly enjoyed this and don’t want to let the ridiculous fatal stabbing detract too much, but that image comes to mind just about every time I think of Arya. That said, her storyline for next season should be on the most interesting.

Oh Bran. I can’t really say I hated his story, aside from that horrible moment where Hodor valiantly dies saving him as a result of some weird time stuff that the show probably didn’t need to cover, but his absence from season five highlights how little I care about him in general. The three-eyed raven was a bit underwhelming, as were the revelations of Benjen as Showhands and the Tower of Joy. He wasn’t really in this season that much though and that’s probably for the best.

Perhaps it’s fitting since he had the worst storyline of last season by far, but Jaime likely had the best arc of season five, unless you want to count The Hound’s fun couple of scenes as a major storyline. The Riverlands were excellent on all accounts. Jaime’s scene with Edmure in the tent was one of my favorites. Jaime also had a great moment with Brienne which showed the depth of his character, with his deeply conflicted feelings. The show also provided some good moments for Bronn, who hasn’t had much to do since leaving Tyrion’s service.

The Ironborn could have been a great storyline. Book fans rejoiced at the prospect of a kingsmoot. It was all pretty lame, including Reek’s bizarre journey from the middle of the North to the Iron Islands, as a highly sought after captive with no money for a ship. Yara had some good moments, but Euron was a big fail. Hopefully he gets some good scenes with Dany next year.

Sam gets some points for not being in this season much. He loses points for everything else he did. Why did he take his father’s sword? Why didn’t he leave Gilly and baby Sam at Hornhill, the safest place possible? Why didn’t the Citadel know about Joer Mormont’s death? While this season had its fair share of eye-rolling moments, it was quite effective in setting up the rest of the show. Perhaps more important, it made for very entertaining television.