“Ian Thomas Malone is a bright young voice in American letters.  Her smart, witty and original take on American college life will resonate with his generation…and mine!”
– Paul Levine, author “State vs. Lassiter” 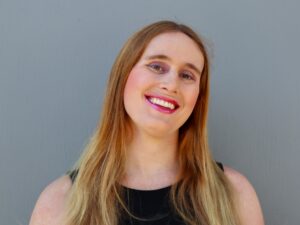 Ian Thomas Malone is an author, comedian, and podcast host. She earned her B.A. at Boston College in 2013, where she founded The Rock at Boston College and an M.A. from Claremont Graduate University. Ian’s treatise The Transgender Manifesto is a bestseller in LGBTQ non-fiction. She has contributed chapters to academic books on James Cameron and Star Trek: Voyager. Ian’s debut comedy album, Confessions From My New Vagina, was released in 2021. Since 2019, Ian has hosted the Estradiol Illusions podcast, covering entertainment and LGBTQ issues. Ian resides in Long Beach, California.