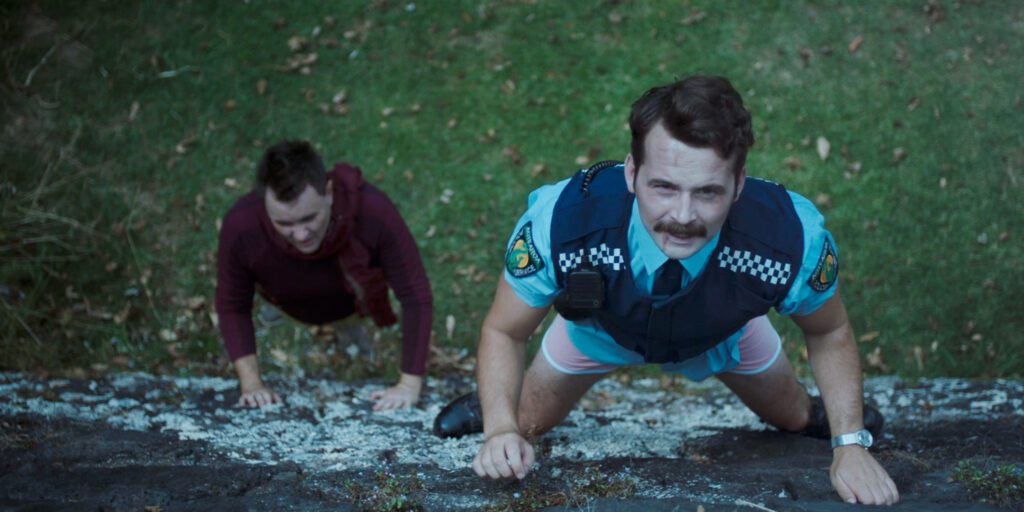 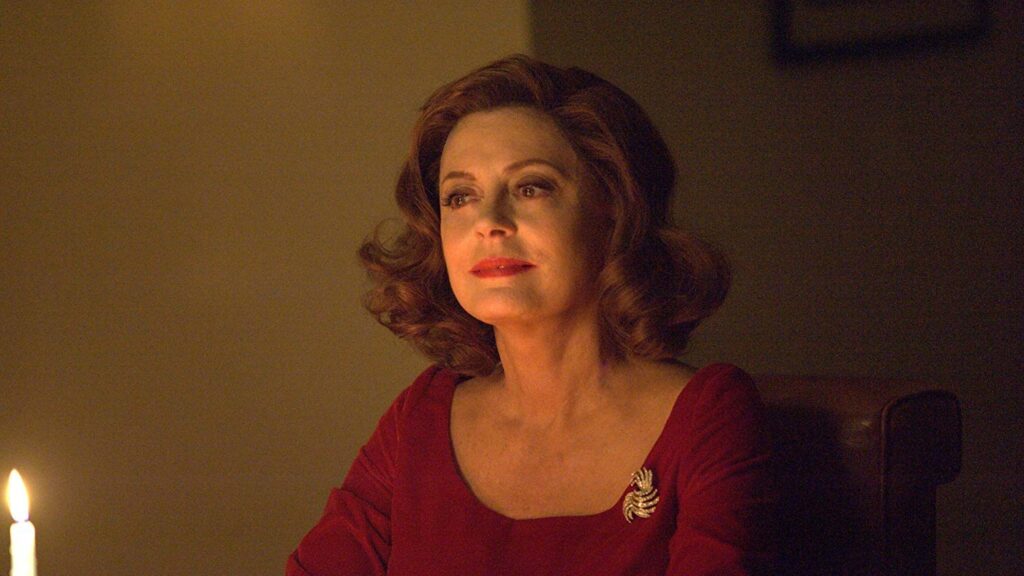 The right to die is sadly still a controversial issue in much of the world. For many terminally ill people, the idea of going out on your own terms is far better than the alternative, a few extra weeks spent practically comatose hooked up to all sorts of machines. Agency is not a concept that should be removed from this equation.

Blackbird handles the subject of agency quite well. Lily (Susan Sarandon) chooses to end her life on a specific day, after a long battle with ALS. She and her husband Paul (Sam Neill), invite their family for one last weekend together before Paul delivers a concoction designed to bring her suffering to an end. With a stacked supporting cast that includes Kate Winslet, Mia Wasikowska, and Rainn Wilson, you’d expect the film to tackle the subject matter with the level of grace that it deserves.

Unfortunately, Blackbird is a mess almost straight from the get-go. Director Roger Michell crafts the film like a stage play, using extensive wide shots in the majority of the film’s first half. The camera often remains fixed for full scenes, showcasing rooms of the house essentially from the perspective of a security camera. There’s some initial novelty in the idea of making the audience feel like a wallflower, but the whole approach is clunky and distracting.

Despite the talent involved, Michell essentially kneecaps his cast by restricting the audience’s access to them. You can hear the words coming out of the characters’ mouths, but often you can’t see their expressions. If he truly wanted to mirror the stage, he made the rather puzzling decision to place the audience in the back row.

Worst of all, Michell conveys the wrong message with his stagnant camera. There’s a scene between Wasikowska and Winslet early on where they’re preparing a guest room. The conversation is to some degree meant to take a back seat to their actions, possibly a commentary on mundane chores in the face of imminent tragedy. Instead, the whole sequence leaves you envious of the characters, lost in something other than this boring mess.

What makes this whole dynamic even more confusing is that Michell essentially abandons this approach halfway through. Ensemble scenes in the back half feature plenty of close-ups. It’s as if he realized that the early scenes weren’t working and decided to call an audible, without going back to fix his mistakes.

Blackbird does an absolutely terrible job of conveying the severity of Lily’s illness. There is talk of her not being able to move her right hand, though she’s shown several times to have mobility, occasionally when Sarandon’s left arm is the one left still. Anyone familiar with ALS might find that this portrayal leaves quite a lot to be desired. A scene meant to convey her illness features Lily dropping a wine glass, except the whole setup is pretty outlandish.

Lily is shown sitting in a chair eating a piece of cake off a plate on her lap, with no side table in sight. It would seem practically impossible for anyone, terminally ill or not, to eat the cake while holding a wine glass. The audience is supposed to take this moment as a sign that she should be put out of her misery, but it’s so lazy and careless that the whole sequence earns little more than an eye-roll.

The screenplay is very bad. Early on, some of the awkward small talk seems designed to capture the spirit of the moment. As the narrative meanders along, it’s clear that the mediocrity wasn’t intentional. The sloppiness grows tiresome after a while. There’s a sequence where Winslet’s Jennifer asks for gin, only to be immediately handed a glass of wine. Some of this stuff could be forgiven, errors are a part of film, but sloppiness seems to define Michell’s approach to Blackbird.

The bad writing and directing puts a burden on the actors that none of them seem particularly eager to carry. Neill and Wilson in particular look bored out of their minds, phoning in their performances. Sarandon, Wasikowska and Winslet fair a bit better, though the material doesn’t give them much to work with.

Overburdened by a terrible screenplay and sloppy filmmaking, Blackbird makes a mess out of its sensitive material. People deserve to die with dignity, a surprisingly controversial issue in this modern age. Unfortunately, this film is not a good messenger. 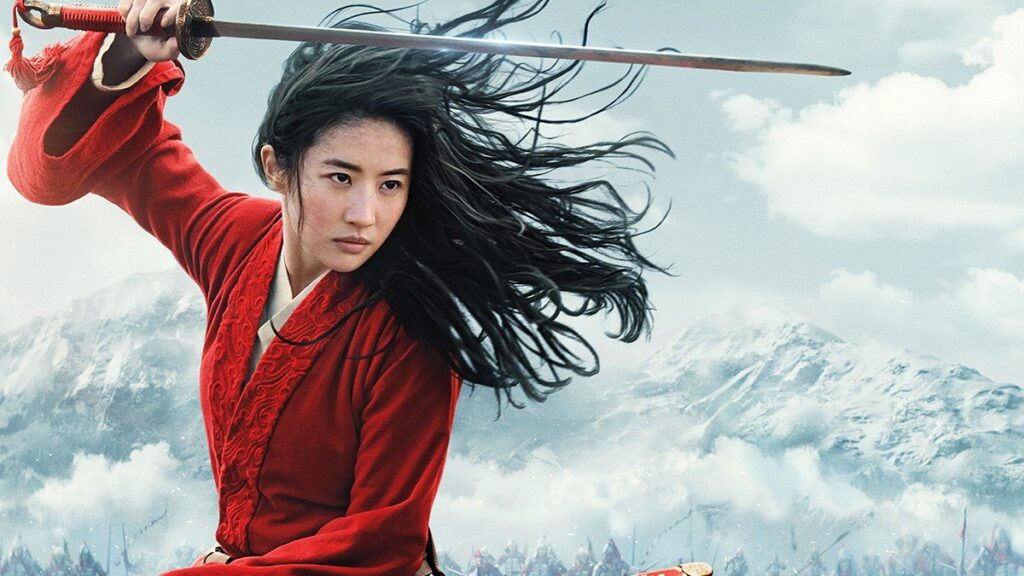 Disney has an identity problem when it comes to their live-action slate. Efforts like The Lion King and Aladdin are too tethered to their source material to craft their own voices. Others such as Dumbo fall apart in the absence of any clear sense of purpose. Mulan removes the talking animals and musical numbers from the equation, plotting its own course through the ancient Chinese folklore.

Armed with a $200 million budget, a record-setting sum for a female director, Niki Caro crafts a visually breathtaking experience. The New Zealand landscape is beautiful, if not a bit distracting for a film set in China. CGI can bring practically any concept to life, but other Disney efforts have suffered from an over-reliance on green screens.

Mulan is competently acted, though it’s hard to say that any particular talent steals the show. Yifei Liu brings grace and a sense of determination to the title role, but she’s a bit too reserved. The absence of a confidant figure such as Mushu who is in on the ruse puts some strain on Liu’s ability to express the struggle at the core of the narrative.

Unlike it’s animated predecessor, Mulan puts its supernatural elements at the heart of the conflict. Mulan is basically turned into a superhero, exhibiting “chosen one”-type powers that diminish the feminist message that the film is trying to convey. Here, women can do anything, if one has special powers to dodge arrows and transform into animals.

The screenplay is pretty lackluster. While following the same basic trajectory of the source material, swapping out the Huns for Rouran warriors, the film never quite finds its heart. Mulan never really clicks with her fellow warriors, a fairly forgettable bunch who never receive much attention.

Caro largely keeps romance out of the equation, a refreshing dynamic for a Disney film. Mulan’s journey is one of the self, determined by her own actions rather than gauged in relation to the feelings of a man. It might have been interesting to see how the film addressed plotlines from the original in a world with larger LGBTQ equality, but Disney has demonstrated no grace in this area anyway.

Mulan is a flawed movie. The action sequences help buoy the film through its less compelling sequences. The brief attempts at humor do little than serve as reminders of how much heart Eddie Murphy brought to the original. With that in mind, it’s easier to forgive the lack of comedy. It seems absurd to think that a live-action effort could have ever surpassed its predecessor in this regard.

With Mulan, Disney shoots for more than a shot-for-shot remake of the past. The result is a little clunky at times, but compelling enough to justify its existence. Skeptics of Disney’s live-action genre may not be completely convinced, but Caro brings something fresh to the conversation. It is an entertaining film. That might not feel like high praise, but it’s a step in the right direction.