Through Twitter, J.K. Rowling Exposes Her True Feelings Toward the LGBT Community 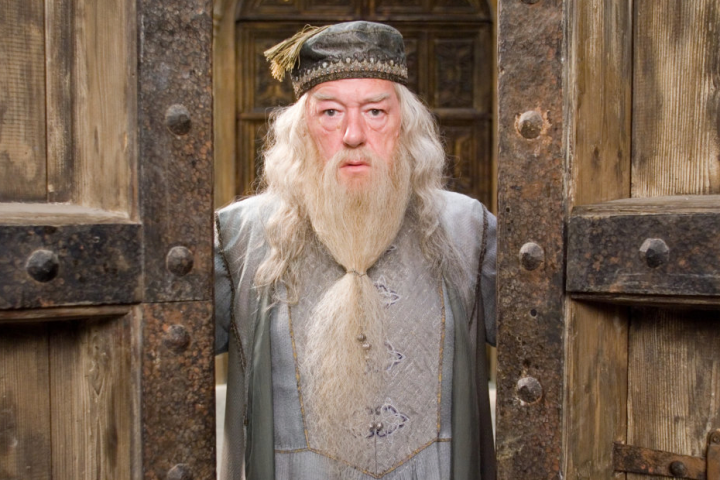 Over the course of its existence, Twitter has consistently given credence to the “you should never meet your heroes” concept. The ability to see what celebrities are up to in their daily lives, can be fascinating, but also frustrating when one sees glimpses of the person’s true character. Sadly, J.K. Rowling has repeatedly demonstrated that she is no friend to the LGBT community.

The latest example of intolerance from the author of the internationally beloved Harry Potter series came in the form of liking a transphobic tweet that referred to transgender women as “men in dresses.” The account in question, currently set to private after the backlash, posted additional transphobic tweets further claiming that transgender women are men. The controversy surrounds protests to LGBT-inclusive policies from the UK’s Labour Party, which has led to swift backlash from British media.

In response, a representative for Rowling told the British publication Metro, “I’m afraid J.K. Rowling had a clumsy and middle-aged moment and this is not the first time she has favourited by holding her phone incorrectly.” The representative is correct to note that this is not the first time Rowling has caused controversy by liking tweets, but what’s rather peculiar is that this isn’t even the first time she’s liked transphobic tweets. Last October, Rowling liked a tweet to an article by a self-proclaimed “vagina feminist” that was highly critical of transgender-inclusive policies in England.

You might be thinking about the old Twitter mantra, “RTs do not equal endorsements.” Likes certainly don’t imply a definitive synchronicity with the views that have been liked. Problem is, this is hardly the first time this year that J.K. Rowling has caused controversy in the LGBT community.

Rowling’s handling of Hogwarts headmaster Albus Dumbledore’s sexuality has been a point of scrutiny since she revealed he was gay in 2007, after the final book in the series has been published. A comment from Fantastic Beasts: The Crimes of Grindewald director David Yates that said that Dumbledore would “not explicitly” be gay in the upcoming film prompted widespread fan backlash. Kim Renfro of Insider published an excellent piece chronicling the entire scandal, in which yours truly noted that “He can be  gay in Rowling’s public appearances and tweets, but not on screen.”

Rowling could have apologized for the “not explicitly” gay Dumbledore affair, acknowledging that the difference in sexuality between canon Dumbledore and Twitter Dumbledore is a legitimate point of contention. Intentionally or not, it doesn’t look great when a character you never said was gay in the books suddenly isn’t gay again when the time comes to make another appearance in the franchise. One would think that one of the most successful authors on the planet could take a look at that situation and see why people might be unhappy.

Being sent abuse about an interview that didn’t involve me, about a screenplay I wrote but which none of the angry people have read, which is part of a five-movie series that’s only one instalment in, is obviously tons of fun, but you know what’s even *more* fun? pic.twitter.com/Rj6Zr8aKUk

Lucky I have no intention of doing it, then. Oh, and believing every bit of Potter clickbait? Foolish. Just saying ? #Dumbledore #FantasticBeasts https://t.co/7WMZZxHhOt

These two responses are absolutely awful for so many reasons. She may be correct to note that she’s not director of the movie and didn’t give the comment, but that abdicates responsibility in a realm where she wields tremendous power. Dumbledore is her character. If she wants him to be gay in the movies, she can change that with a single tweet. Not only did she not choose to do that, she suggested that fans were “foolish” for believing words that came straight from the actual director’s mouth. Calling that “clickbait” is an insult to actual fake news.

From the “not explicitly” gay Dumbledore debacle to liking transphobic tweets, J.K. Rowling has made one thing clear: she’s not sorry. The explanations for these scandals range from mistakes to naïve misinterpretation, but never from a position where she should express legitimate remorse. If you feel differently, based on a decade of her behavior, apparently that’s on you.

J.K. Rowling is a very active Twitter user. She has frequently made international headlines for comments made on the platform. She knows what she’s doing, which makes it hard to give her the benefit of the doubt when it comes to this nonsense. The words “I’m sorry” are as elusive from her lips as Dumbledore’s homosexuality is from the pages of her books.

One of the best things about Harry Potter is the escapism it offers. Rowling created a wildly vivid world where one can lose themselves in the magic of Hogwarts. Her books reward return trips because there’s so many details that one can uncover with every repeated journey. Unfortunately, there’s all these other details about Rowling’s views on LGBT people that are hard to put aside when one dives back into her work.

If Hogwarts isn’t a place where Dumbledore can express his sexuality, or wizard feminism isn’t intersectional, I don’t want any part in it. That’s the kind of school Voldemort, or Donald Trump, would run. J.K. Rowling has made her stance on LGBT people perfect clear. To borrow a word from one of her tweets, we would be “foolish” not to listen.

A Fantastic Woman Beautifully Illustrates the Struggle for Human Dignity

As a transgender woman, one of the things about A Fantastic Woman that excited me the most was that it was made in Chile. One of the biggest problems with the state of the conversation surrounding transgender rights in America is that many on the right frame the discussion as if our population existed as a fad solely on college campuses or the West Coast. As I noted ad nauseam in The Transgender Manifesto, transgender people have existed in every culture for quite a long time. A Fantastic Woman illustrates what it is like to have to live in a world where people can not only freely question the very nature of your legitimacy, but also call you a pervert and a freak in the process.

Marina is a proud woman. She has a loving partner and a job, waitressing during the day to support her passion as a singer. There are countless people throughout the film who don’t shun her or shame her for who she is. These details of her life may seem superfluous, but there’s a certain power in their execution, in a world where so many people struggle to accept the existence of trans people, let alone the notion that we might find acceptance and live normal lives.

The film’s narrow scope, which focuses almost entirely on the fallout surrounding the death of her partner Orlando, turns out to be one of its best assets. Grief is a part of life, which is why people instinctively utter the phrase, “I’m sorry for your loss,” even though we know that the words will offer little practical comfort to the recipient. The pain fades with time, aided by a sense of closure that funerals and wakes can provide.

You are not supposed to be barred from saying goodbye to the person you love. The very notion is unfathomable in the abstract, because it’s inhumane on a level that few care to explore. Love may transcend traditional understandings of gender and sexuality, but hate only cares about that which it fears.

Orlando’s family hates Marina. They hate her because she is transgender. She loved him, and several of his relatives demonstrate acute awareness that this love was mutual. Hatred trumps reality. Transgender people know this sensation all too well, and Daniela Vega, in just her second on-screen role, displays all the emotions that follow with acute precision.

A Fantastic Woman is an honest portrayal of the spirit’s struggle to retain basic human dignity in the face of tragedy. It is hard to put into words how difficult it can be to react in real time to the kind of discrimination that transgender people encounter far too often in this world, to have to stare into the eyes of a person who has made it clear that they don’t even value you as a person. It is one of the rare instances where the reality is often worse than a scenario concocted in one’s own imagination.

We’re not supposed to live in a world where people can treat someone like filth because of who they are. Countries pass laws that are supposed to prevent this. A Fantastic Woman is a perfect reminder of how much more progress humanity has to make in the realm of basic decency.

Film has the power to show people experiences beyond what they might find in their own daily lives. One of the most common points I bring up in my own activism is that there are a lot of people who have genuinely never interacted with a transgender person, which can lead the mind to substitute its own interpretation when discussing LGBT rights in a broader sense. The national discussion often omits that we are in fact, real people. We laugh, we love, we grieve. We shouldn’t be forced to surrender the latter because society has a problem with the reality we exist in.