The Vow peels back the murky, deeply unsettling world of NXIVM 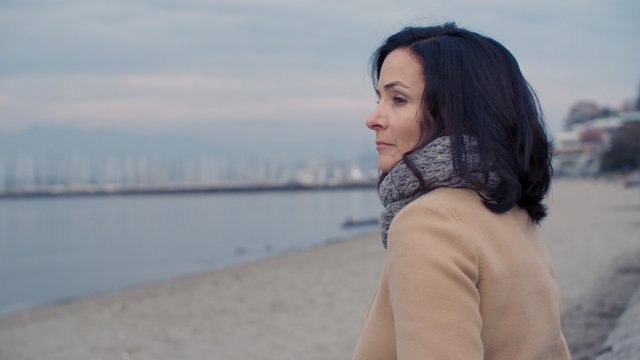 Everything about NXIVM and its “vanguard” Keith Raniere screams “cult.” From the bizarre sashes, to the late-night volleyball games, to the endless money-suck of classes for their “Executive Success Programs,” the red flags seem pretty damn obvious to any reasonable outsider. Over the course of nine episodes, HBO’s docuseries The Vow peels back the layers to explain how this con took hold of so many lives over the course of nearly twenty years.

NXIVM (pronounced “nex-e-um”) is a complex organization, a notion perhaps best represented by its confusing name. Its surface level operations focus on courses in the vein of “awareness training,” the kind of stuff that appeals to those who fuel the billion-dollar self-help industry. For those seeking community, NXIVM functioned in essentially the same role as a church. Deep beneath NXIVM’s surface are its subgroups, including DOS, which blackmailed and branded women, the primary driver that led to Raniere’s 2017 arrest.

The Vow succinctly explains the “how” and the “why” behind NXIVM’s success, an organization largely bankrolled by Seagram’s heiresses Sara and Clare Bronfman. Dissenters were frequently met with various legal threats, providing extensive cover for Raniere’s various cons. As loathsome as Raniere appears, a scraggly looking figure whose sense of style doesn’t appear to evolved past his freshman year of college, it is easy to see the appeal of his snake oil strategy to unsuspecting souls.

Directors Karim Amer and Jehane Noujam do an excellent job balancing the many pieces of NXIVM. The “sex cult” allegations are by far the most salacious and interesting to see on screen, but the saga of this Albany clique with outposts in Mexico and Canada goes far deeper than that. It is perhaps impossible to calculate the damage caused by NXIVM, from the financial ruin to the emotional turmoil. The series paints with a broad brush, translating the complex theories in an easily digestible manner.

Perhaps unsurprisingly, The Vow draws its protagonists from the crop of people involved in the film industry who were lured into NXIVM’s orbit. Former members Mark Vicente, a filmmaker, and Sarah Edmondson, an actress, provide invaluable first-person perspectives. Amer and Noujam center much of their narrative on Catherine Oxenberg of Dynasty fame, whose daughter India was deeply involved in DOS right up to Raniere’s arrest.

Part of what makes The Vow so compelling is its use of extensive archival footage from NXIVM’s history, much of it shot by Vicente before he turned on the group. Raniere’s obsession with recording his entire existence backfired in this regard, allowing him to be featured extensively without the agency of his own intentions. One gets the impression that the mere existence of the series must be driving Raniere insane as he currently awaits sentencing after guilty verdicts on multiple charges.

The participation of Vicente and Edmondson, the latter of whom ran the Vancouver branch and describes herself as a former top “earner” within NXIVM, creates an interesting moral quandary that the filmmakers approach with delicate hands. Occupying leadership positions for so long within the company produces a natural sense of responsibility. It is fair to wonder just how guilty either are, an issue that The Vow nuzzles up toward without ever really confronting head on.

Maybe it didn’t need to. Largely shot before Raniere’s arrest in 2017, it is fair to acknowledge the lack of distance between the subjects and their traumatizing events. The series takes a hands-off approach as Vicente grapples with his own guilt, a moving display of emotion that communicates the sense that this is something he’ll never truly recover from.

The same holds true for Edmondson, branded for life with this initials of Raniere and Smallville actress Allison Mack. How much of her victimhood is negated by her leadership role, which encouraged countless people to spend their life-savings on junk courses taught by sexual predators? The Vow has no idea how to gauge this question, perhaps only faltering a bit in choosing to celebrate its leads as heroes. There are no easy answers here. It’s tempting to write off chunks as PR reclamation projects, but perhaps that action isn’t wholly unwarranted either.

Nobody sets out to join a cult, a notion presented many times over the course of the series. The Vow provides an illuminating front row seat to the unimaginable, navigating the murky waters of a cult with dignity toward its subjects. Maybe there aren’t any real heroes here besides Oxenberg, who’s quest to save her daughter provides The Vow’s most emotionally rewarding journey.

Several subjects point out that there was good in NXIVM, even in its monster of a founder. One should not be faulted for not wishing to bother thinking about whether or not Raniere did any good in his life. The sum of his existence will always lie in the red. For the rest, redemption is a long road, one started by the actions displayed in the series. It is important to believe in redemption, the kind of saving grace that affords good people an opportunity for another chapter.

There is tremendous value in hearing Vicente and Edmondson’s story, even if you remain a bit unsure what to think of them after the dust starts to settle. The recent nature of the whole NXIVM saga suggests the story is far from over. For now, The Vow encourages its audience to see the complexity in the humanity presented on screen.

The entire nine-episode series was screened for review.