Sundance Review: We’re All Going to the World’s Fair 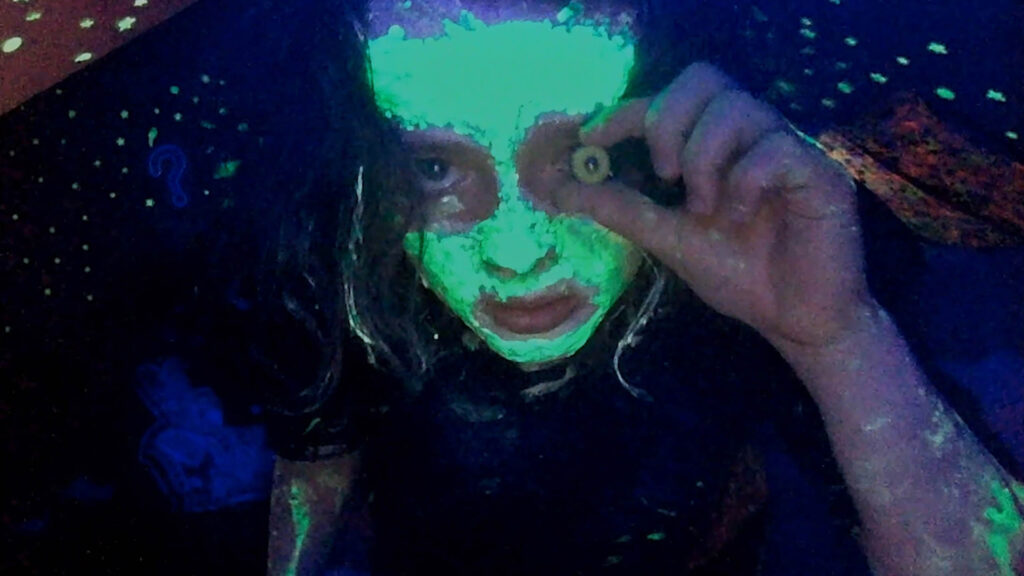 Anna Cobb appears in We’re All Going to the World’s Fair by Jane Schoenbrun, an official selection of the NEXT section at the 2021 Sundance Film Festival. Courtesy of Sundance Institute | photo by Daniel Patrick Carbone.

We live in a world that is “terminally online,” filling the endless void of the internet with waste that nobody cares about. Connections at the tips of your fingers cannot adequately substitute the need for physical human connection. With all of that in mind, it’s easy to picture what would happen to a child with nothing but a computer to keep her company.

Relatable as that description can be, nothing really prepares you to meet “Casey” (Anna Cobb), a lonely teen in a boring lonely town. The derelict Toys ‘R Us serves as a blatant reminder that there’s nothing for a child here but empty space. Casey records her every action, uploading videos that nobody watches. She lives a sad life, one that director-screenwriter Jane Schoenbrun lays out in a matter of fact way throughout their debut feature We’re All Going to the World’s Fair.

Casey takes an interest in “The World’s Fair,” a horror-RPG game with major JeJune Institute vibes where people make disturbing videos and scare each other with their avant-garde creations. Casey finds a friend,  “JLB” (Michael J. Rogers), a soft-spoken adult man who isn’t as creepy as his interests make him out to be. The film really gets going as Casey connects with JLB, her personality beginning to reflect the creepypasta world she spends too much time in.

Never once sharing the stage with another human being, Cobb makes a remarkable debut. While Casey plays to an audience of no one, it’s hard to look away as Schoenbrun sends their star down the rabbit hole. Rogers provides an outlet for the audience to channel their angst for this poor teen’s mental health, but Cobb truly carries the film.

Few would argue against the idea that children spend too much time online, but Schoenbrun manages to illustrate the acute dangers posed to teens in their formative years. There are activities that teens participate in out of their own interests, and there are those they go along with because that’s what their friend groups like to do, less out of peer pressure than a more mundane sense of peer obligation. Casey has no peers, instead chasing an abstract sense of belonging with one painfully sad objective in mind. Casey simply wants to feel something.

One does not have to see the appeal in the horror-RPG aesthetic to embrace the way that Schoenbrun tackles their complex themes. The eighty-six-minute runtime is a bit longer than it needs to be, occasionally running into pacing issues as Schoenbrun balances Casey’s world with that of the broader game. It is a quite remarkable debut for both Schoenbrun and Cobb, intimately tackling an existential issue facing the teens of the world from a young girl’s bedroom. Parents might be a little creeped out at times, but this film is a valuable teaching tool.