Sundance Review: Street Gang: How We Got to Sesame Street 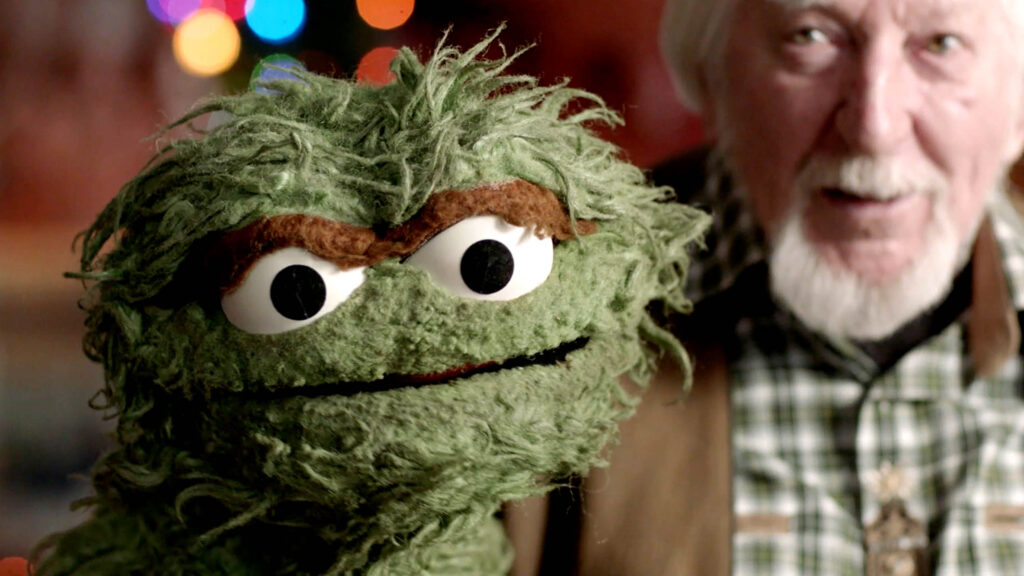 A still from Street Gang: How We Got To Sesame Street by Marilyn Agrelo, an official selection of the Premieres section at the 2021 Sundance Film Festival. Courtesy of Sundance Institute | photo by Luke Geissbühler.

It is impossible to underestimate the global impact that Sesame Street has had on countless children across the world. Seeking to provide a counterbalance to advertisement-centric programming, a group led by Joan Ganz Cooney, Lloyd Morrisett, and Jon Stone crafted a show that led with inclusivity and sought to empower children rather than speak down to them. The documentary Street Gang: How We Got to Sesame Street explores the first few decades of the series that has remained on the air since the early days of the Nixon administration.

Director Marilyn Agrelo blends extensive archival footage with contemporary interviews with key players who built Sesame Street, as well as family members to speak for those who are no longer with us. The film provides a great primer for understanding the show’s formula, research-based education strategies blended with entertainment provided through Jim Henson’s Muppets and the unforgettable musical numbers.

Agrelo’s most impressive strength is her ability to juggle the stories of so many figures in the shows history, from the creative leads to the on-screen talent to the musicians who all worked to make the magic. The political nature of the series receives extensive focus, breaking down barriers and giving marginalized groups some much needed positive visibility. The show’s central demographic has always been inner-city kids, teaching letters and numbers to those who may not have had the same opportunities before kindergarten.

Many of the show’s bigger moments have been covered extensively over the decades, but the film manages to elicit plenty of emotions, even in well-trodden territory. The on-screen depiction of Mr. Hooper’s death following the real-life passing of actor Will Lee remains a powerful milestone in children’s television. Even with so much else to get to within the film’s 107-minute runtime, Agrelo ensures that the floodgates reopen with an extended viewing of the episode’s saddest moments.

Such pacing reflects the director’s firm grasp of the vast material. She builds a sense of trust in the audience that doesn’t cause too much second-guessing toward the film’s extensive, perhaps excessive, focus on Stone and composer Joe Raposo, at the expense of other figures. The time really does fly by as you sit and watch all these years of memories unfold on screen, the kind of documentary that you wish would have been a multi-part series.

While clearly a victory lap of sorts, the film does turn a critical lens toward the show on a few occasions. A few scenes featuring interviews from the family of Matt Robinson, the original actor to play Gordon, demonstrate conflicting opinions as to how to represent black characters on the show. The Muppet Roosevelt Franklin disappeared from the show over concerns from black families that the character reinforced stereotypes, causing a rift that eventually led to Robinson’s departure from the show.

The film’s title lays out its specific intentions, a carefully curated segment of Sesame Street history from its formation in the late 60s to around the early 80s, plus some brief coverage of Henson’s death in 1990. Elmo only make a minor cameo, never directly mentioned by name. In that regard, it’s a little puzzling to see a Sesame Street documentary that covers a shorter range of the show’s lore than 2014’s I Am Big Bird: The Caroll Spinney Story. While that alone shouldn’t be held against the doc, Agrelo does whiff on anything resembling a cohesive conclusion for her film.

The idea that they all hate Elmo sorts of hovers as the film comes to a close. It’s understandable that no one would want to say that, sandbagging the current talent in the process. The film thoroughly explains the power of the show’s founding individuals, but doesn’t particularly care to lay out what it feels the show is missing in their absence.

There’s a natural sense of incompleteness that would be inevitable considering that Sesame Street is still on the air. Bert and Ernie will live forever, but Street Gang: How We Got to Sesame Street as a documentary concerns itself with an era that does have a distinct beginning, middle, and end. The doc definitely missed an opportunity to offer some semblance of an opinion on what it meant for the show to lose most of its remaining original cast members in the last few years.

Though Spinney appears in original footage in the documentary, his 2018 retirement and 2019 death receive no mention at all. There’s another missed opportunity in choosing not to cover the controversial exits of longtime cast members Bob McGrath, Emilio Delgado (who plays Luis), and Roscoe Orman (the third actor to play Gordon) following the show’s acquisition by HBO, which also produced this documentary. All three appeared in the documentary, suggesting that there’s little behind the scenes drama, but it feels weird that none of this was ever brought up within the film.

Conclusions aside, Street Gang: How We Got to Sesame Street is just about everything you’d want from a Sesame Street. The behind the scenes footage is a delight and the interviews provide a lot of context into the shows mechanics. Fans of all ages will find much to enjoy spending two hours with the architects of an American institution.