Sundance Review: A Glitch in the Matrix 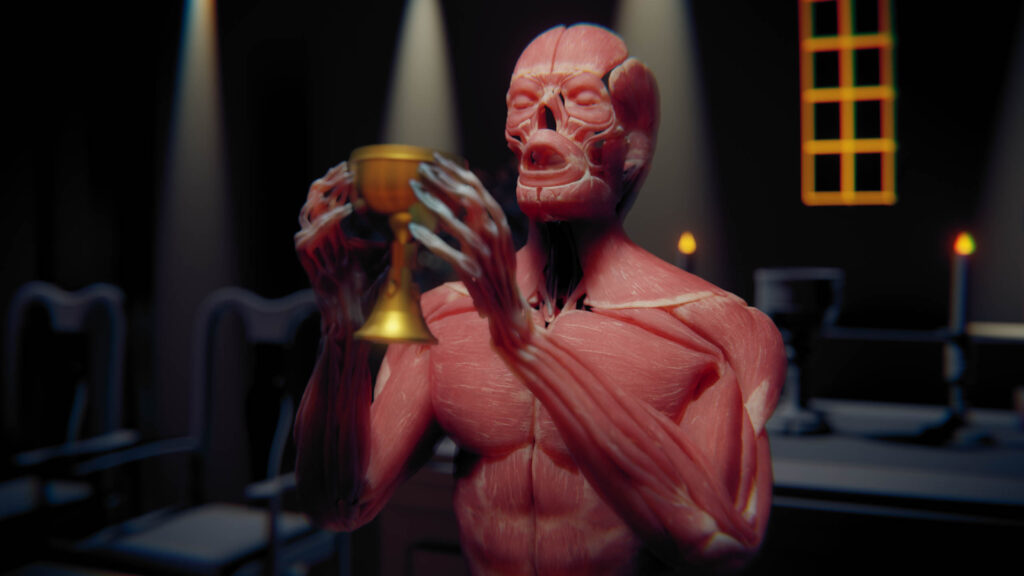 A still from A Glitch in the Matrix by Rodney Ascher, an official selection of the Midnight section at the 2021 Sundance Film Festival. Courtesy of Sundance Institute.

Technology has undoubtedly increased the sheer number of people who believe that we’re all living in one big computer simulation. Maybe we are! Rodney Ascher’s documentary A Glitch in the Matrix certainly seems to think so, even if the director isn’t too terribly concerned with presenting a cohesive case for why anyone else should follow suit.

Ascher anchors his film around a 1977 lecture that novelist Philip K. Dick gave in France, using points Dick raised to divide up his case for a simulated reality. Dick’s extensive bibliography continually grapples with what it means to be human in the age of artificial intelligence and mind-altering drugs, powerful work that reflects his deep passion for questioning the nature of reality. If Ascher has actually read any of his books, the notion is not well-presented, tailoring his thesis to the specific confines of a single talk.

Dick died in 1982, largely underappreciated throughout his life and career, then often considered a mere pulp genre writer. The subsequent decades have elevated his legacy to a more fitting stature, though explaining the scarcity of video footage featuring the man himself. A simple YouTube search of Philip K. Dick’s interviews produces the interview that Ascher used right at the top.

Whether Ascher engaged with Dick on a level beyond the first video that popped up or a few paragraphs of his Wikipedia page is unclear. A Glitch in the Matrix substitutes intellectual rigor with the seemingly-spontaneous musings of some random people Ascher found on the internet, usually cloaked in filters that make them look like bad CGI from a 90s B movie. There is far too little substance to be had in a documentary that’s just shy of the two-hour mark.

Ascher is clearly fascinated by the personal experience of these unidentified individuals, rambling ad nauseum about their own supposed experiences. As a director, he has no interest in curating these interviews, presenting their mumble-filled rants uncut for long periods of time. Extensive footage from films with reality-questioning premises gives the eyes a break from peering around these people’s bedrooms where they conducted Skype interviews with Ascher, complete with poor audio quality.

The director does curate an interview with Oxford professor Nick Bostrom, a revered figure among computer-simulation theorists, who receives a small fraction of the focus enjoyed by Ascher’s broader collection of crackpots. Ascher never really digs deeper with Bostrom, producing a pretty surface-level reading of his paper’s abstract. His heart clearly lies with the internet-dwellers better suited to indulge his wildest fantasies.

Fitting for the documentary’s title, the film spends much of its runtime talking about The Matrix. Like his attitude toward PKD, Ascher engages with the popular film at its shallowest level, prioritizing the feelings of his interviewees at the expense of any substantive exploration of the material. The Matrix is often taught in philosophy courses, using the Wachowskis’ work as an entry point for broader discussions about Descartes, Kierkegaard, and countless others.

While the film has been a popular tool for academia since before either Wachowski sister came out as transgender, it seems a bit ridiculous that Ascher droned on for an hour about their film without ever bringing this topic up. Maybe the message board where he found his subjects didn’t allow that to be mentioned. Gender would be an interesting point to discuss with regard to simulated reality, but perhaps a bit too dense for Ascher’s shallow approach to storytelling.

Ascher’s greatest stunt comes in the form of the sole interview to be conducted over the phone rather than Skype. For a few extended segments, this interview talks about how he watched The Matrix hundreds of times, inspiring him to buy a trench coat and a movie poster. For a while, this extended rant seems to fit in line with the non-sequiturs provided by Ascher’s other subjects, but he lets this one ramble for what feels like forever, no purpose or end goal in sight.

The big reveal turns out to be that the voice belongs to Joshua Cooke, who murdered his parents after becoming obsessed with the idea that he was living in the world of the film. “The Matrix defense” was even planned by his lawyers as an insanity defense, before Cooke simply pleaded guilty. Ascher provides detailed animation to match Cooke’s recollection of the murder, which might have landed with more of an impact if he’d bothered to edit it down by about five minutes. For too long it felt like trolling done by Ascher to make the audience question the reality implications of a film like this being made.

Ascher proudly entertains the half-baked musings of the same sorts of dudes who worship Elon Musk tweets. Breathtakingly bad. The same random dudes Ascher found might find ent in this shallow approach to complex issues, but this film has no appeal to anyone who spends less than ten hours a day on Reddit.

glitch in the matrix sundance