Relic is a chilling slow burn 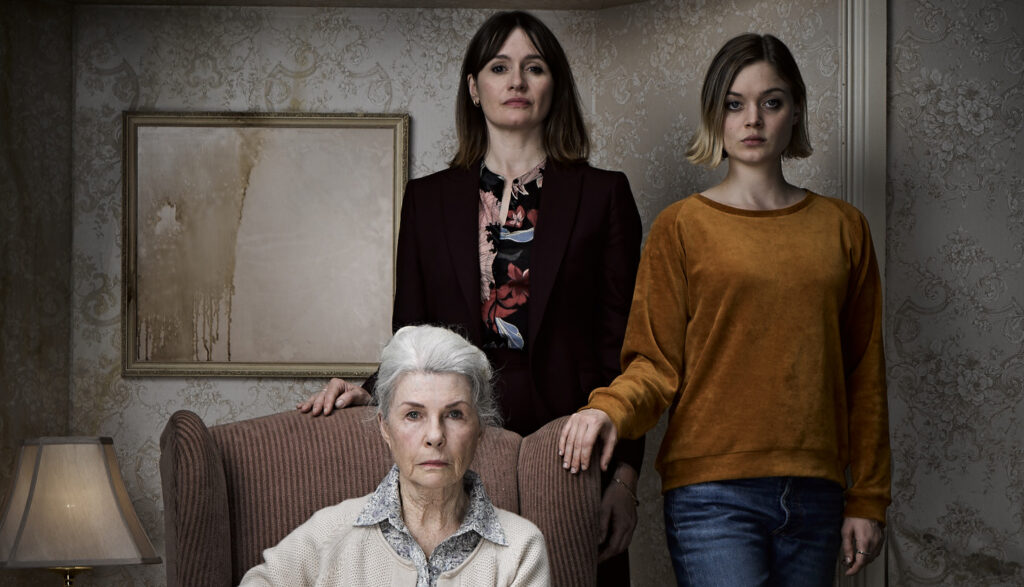 For a film like Relic, dementia is a natural fit for the horror genre, a real life terror that anyone familiar with the disease can understand. To lose yourself is bad enough, without all the external considerations of a supernaturally charged terror. Set in an eerie house in Australia, Relic stakes out its territory in the kind of frights that naturally creep up on you, because in a way, they could.

The film follows Kay (Emily Mortimer) and her daughter Sam (Bella Heathcote) and they check in on Kay’s mother Edna (Robyn Nevin), an elderly woman suffering from dementia living alone in a dreary home. Edna has been missing for a few days, though reappears unexpectedly without much of a clue where she’s been. The house holds secrets of both a personal nature and those of the more supernatural variety.

The acting is superb. Nevin steals the show as Edna, a resilient woman reluctant to be treated like an invalid. She’s stubborn while still being sympathetic, a kind of persistent pride that lingers even in the face of her illness. Mortimer and Heathcote are quite good as well, layering the horror in a compelling family drama.

Making her directorial debut in addition to writing duties, Natalie Erika James crafts a rich narrative that moves at a careful pace. James frames her shots in a way that lets the house itself function as a character in its own right, a kind of claustrophobic environment that reeks of decay, the perfect setting for a horror film. James makes great use of the lighting, dim, creepy, and bleak.

Relic is a meticulously crafted slow burn. James has a superb sense of pacing that keeps tensions high. The film essentially divides itself into three acts, making quick work of its runtime of just under 90 minutes. You feel like every scene serves a specific purpose, without the need to explain every last detail.

As a horror film, Relic falls more under the category of creepy than outright scary. It’s the kind of narrative that crawls under your skin more than making you jump out of it. James has made a bit of an esoteric type of film, one that encourages critical thinking well after the credits have stopped rolling.

Relic is a breath of fresh air in the genre. In the past, it may have seemed absurd for a film to give such a meaty role to an elderly woman like Nevin. The female-led production produced a well-crafted delight for horror fans, one that’s perfect for today’s shelter-at-home climate.