Jack & Yaya is a touching testament to the power of friendship 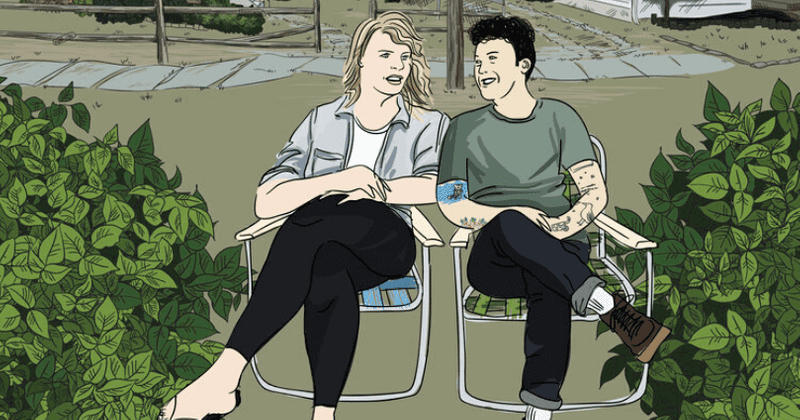 The toxic nature of homophobia can have an especially profound effect on LGBTQ youth, especially those of us still who are still in the closet. It’s hard to imagine prosperity in a world that so tolerates intolerance as the not-so-distant past once permitted. Companionship is a valued commodity particularly to those who know all too well what it’s like to be othered.

The documentary Jack & Yaya centers itself around a lifelong friendship between two transgender people who found a sense of belonging with each other, well before either knew they wanted to transition. Directors Jen Bagley & Mary Hewey chronicle their journeys to self-realization in a touching, quiet narrative.

In many ways, the film feels aimed at the relatives of trans people, especially those who might be struggling with the concept of gender identity. Christina (Yaya) in particular faced some challenges in acceptance, even from a gay brother, demonstrating the complexities of LGBTQ tolerance. Jack’s extended family are a treat to watch, exuberant in their embrace of him. There’s a bit of a “looks can be deceiving” angle at play, as many of Jack’s extended family look like the kind of folk you’d expect to see more at a Trump rally than a Pride parade.

The film is pretty light on conflict or drama, the kind of tension that tends to drive most narratives. Given how often transgender narratives are sensationalized in the media, this approach is hardly unwelcome. Bagley and Hewey keep the focus grounded in reality, which itself offers some moments that should remind everyone of the struggles that so many in the LGBTQ community face.

In some ways, the film does focus a bit too much on the transition angle, an origin story that at times feels at odds with the trajectory of other trans narratives in the year 2020. Transgender people often point out that their transitions are the least interesting elements of their identity. For those of us who wish to see trans narratives move beyond the rudimentary nature of transition itself, Jack & Yaya does leave a bit on the table to explore.

Transgender people often feel alone, afraid to live life as ourselves. Jack & Yaya is a touching narrative that celebrates the vital relationships we make across our journeys. LGBTQ rights have come a long way since the time when Jack & Yaya were little, but their story serves as an important reminder for the challenges that too many in the community still face.