Let It Snow Is a Fun Teen Christmas Movie 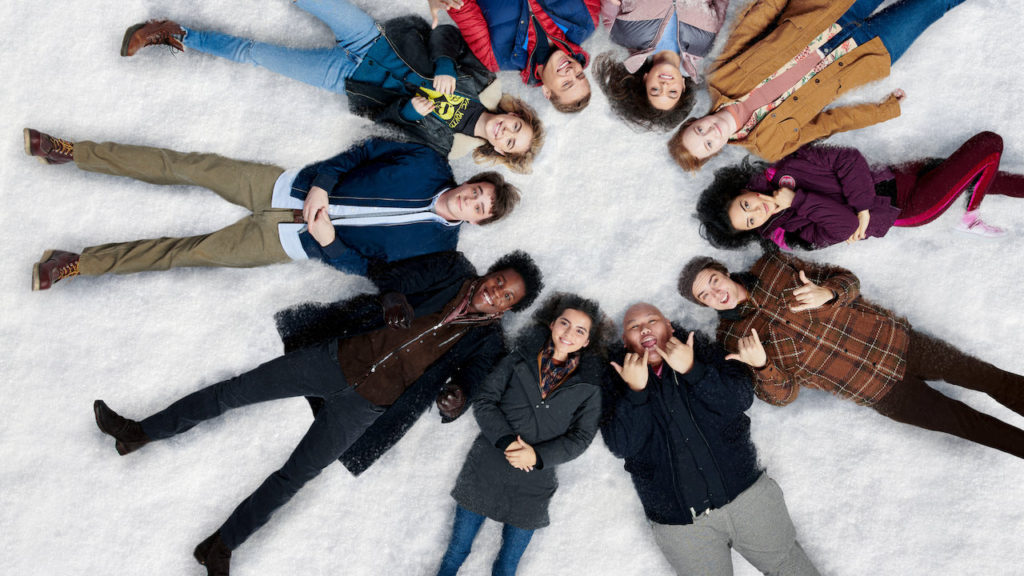 The challenge facing a Christmas film like Let It Snow with an ensemble cast stems from the need to endear a bunch of characters to an audience within a ninety-minute runtime. This dynamic differs from that of its source material, a novel with significantly more opportunities to flesh out the personalities the audience is supposed to care about. Fortunately, the film proves up to the task, delivering a satisfying holiday narrative.

Let It Snow follows a few high schoolers as they spend Christmas Eve doing just about anything other than spending time with their families. Julie (Isabela Moner) struggles with her acceptance into Colombia University, feeling a need to care for her sick mother. A chance encounter with a pop star Stuart (Shameik Moore) provides the kind of clichéd drama that tends to dominate Christmas narratives.

Tobin (Mitchell Hope) is roped in to helping his childhood best friend Angie (Kiernan Shipka), better known as the Duke, court a college boy JP (Matthew Noszka), despite his obvious feelings for her. A similar dynamic is on display at the local waffle diner, where Dorie (Liv Henson) tries to court a closeted cheerleader (Anna Akana), who won’t show her the time of day in public. Dorie’s life is made complicated by her best friend Addie (Odeya Rush), who harbors unhealthy feelings toward her boyfriend. Rounding out the primary cast is Keon (Jacob Batalon), just about the only person in the country who thinks it’s a good idea to throw a party on Christmas Eve.

Let It Snow is a very silly movie with a lot of heart, nailing the holiday formula with strong production values and an impressive young cast. The characters have a lot of backstory that doesn’t always translate well to the film, but the young actors do a great job conveying their emotions. The film probably bites off more than it can chew from a plot perspective, but it juggles its many storylines well.

Perpetually present is the notion that this film represents a minute sliver of these characters’ potentials. You could almost see the plotlines of Let It Snow serving as a television series’ Christmas episode, a slice of life narrative that was undoubtedly better fleshed out in print. The themes will undoubtedly resonate with high school audiences, who aren’t always well-represented in Christmas narratives.

Plenty of holiday movies use ensemble approaches, a difficult dynamic to balance considering the audience will likely only spend 90 minutes with these characters. As with any film, there’s obviously more to these people’s stories, but most successful narratives manage to put that idea out of the audience’s minds. The characters in Let It Snow could probably make for a fun follow-up series, albeit one we’re unlikely to see.