Dollface Is a Charming Comedy Hindered by a Bland Premise 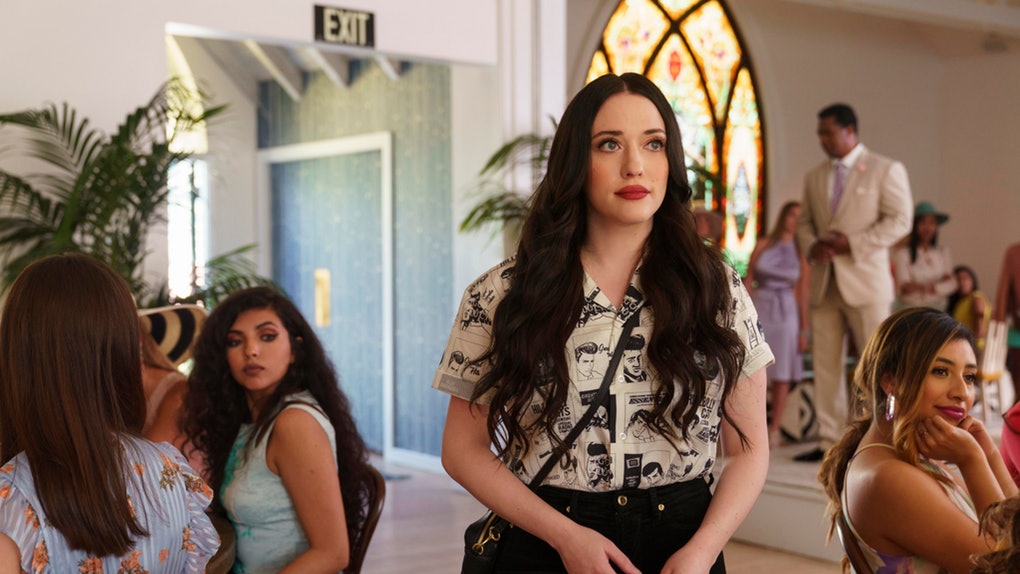 The premise for a show like Dollface is certainly one to earn a lot of eye-rolls. The world hardly needs another narrative of affluent millennials being sad in Los Angeles. This situation is perhaps slightly exacerbated by the presence of Esther Povitsky, whose own show about being affluent and sad in Los Angeles, the hilarious Alone Together, was tragically cancelled last year. Despite the familiar territory, Dollface works largely because Kat Dennings and the core cast are such a joy to watch.

Dennings portrays Jules, a woman dumped by her longtime boyfriend Jeremy (Connor Hines) for seemingly no reason. With Jeremy at the center of her social life, Jules gets back into contact with her old college friends Madison (Brenda Song) and Stella (Shay Mitchell) who begrudgingly take her back into their circle. Povitsky rounds out the main cast as Izzy, a socially awkward coworker of Jules who often provides most of the episode’s laughs.

Dollface includes many surrealist sequences, usually involving Jules talking with an anthropomorphic cat. The writing for the show is a bit of a mixed bag, superb when it comes to writing jokes but far less effective at plot progression. Most of the gems in the ten-episode season can be found in the middle, with fewer obligations to deal with Jules’ broader narrative.

At times, the narrative is pretty frustrating. There’s a few episodes that focus on plots that have been beaten to death by too many other shows this decade, providing superficial commentary on the nature of adult friendship. The show doesn’t quite realize that it doesn’t really have to return to the premise of its pilot.

To some extent, it’s natural that a show like Dollface would try and exist as something more than a comedy. Trouble is, the show is mostly just good for its jokes. Not every series needs to exist in the realm of “dramedy.” It’s okay to just to be funny.

For a show about adult friendships, the show misses a key aspect of these kinds of relationships. Sure, there’s support involved, but these group dynamics are inherently fleeting in nature. You’re not supposed to build your adult life around your friend group, because sooner or later, people start to move on. Life is fleeting. Enjoy the fun while it lasts.

Weekly sitcoms that produce upwards of twenty episodes a year tend to understand this dichotomy a lot better. These shows exist to supply moments of enjoyment for small portions of our overall lives. Like adult friendships, they’re not supposed to be the center of anyone’s universe, and it is pretty sad when they do.

Dollface is a show that launched 10 episodes on a single day out of the year. Much like old college friends you see once or twice a year, it’s not supposed be a big part of your life. Instead of trying to offer life lessons or superficial comedy, Dollface should stick to the laughs. Not everything needs to be more than a couple hours of lighthearted fun.

« Let It Snow Is a Fun Teen Christmas Movie
The Mandalorian Season One Review: Chapter 5 »