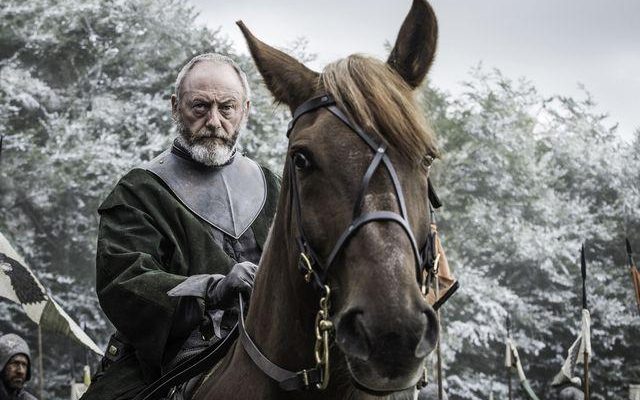 Episode nine has become the most anticipated episode of the season for Game of Thrones fans.While it was clear that this episode was going to follow the Blackwater/Castle Black route more than the Ned’s beheading/Red Wedding, this is essentially the first major battle in the series where the outcome wasn’t revealed in the books.

I say that instead of “the first major battle where we didn’t know the outcome,” because it was pretty obvious. Littlefinger ex machina was always going to show up to save the day. That said, the battle was superb and easily the show’s most impressive action sequence.

Sansa’s role especially had an aura of inevitability to it. There isn’t really any logical way she’d be able to go find Littlefinger in time. I wasn’t particularly bothered by this lapse in plausibility, but I’d be remiss in my duties not to mention it.

Melisandre’s whereabouts was unclear for much of the season. I actually originally thought she’d headed south, only to see her hanging out by herself with the main forces. Her scene with Jon was important because it reintroduced the fact that Jon died and was brought back to life. The show doesn’t really do a lot with the Azor Ahai or The Prince that was Promised theories, but his revival shouldn’t be treated as an afterthought either.

Ramsey’s best line of the episode was when he mentioned that Jon was a Night’s Watch deserter. This is an elephant in the room that no one who wasn’t at Castle Black for his revival should ignore. I was disappointed that Lyanna Mormont didn’t bring it up two episodes ago.

Don’t love Rickon’s death. Many, myself included, figured he’d be Lord of Winterfell at the end of the series. The show doesn’t invalidate this, but he was still essentially just treated as a prop, which I don’t love. Clearly the show wants to position Sansa to have the clear claim, not a bad thing now that Ramsey is dead. I just didn’t love how a member of the Stark family was killed in such a nonchalant manner. We should care, but we also weren’t given any time to build a relationship with Rickon.

My only real complaint about the battle was the mountain of dead bodies. Who had time to stack all the dead people on top of each other? Wun Wun looked pretty busy being shot by arrows. Poor guy.

MVP of the battle: Wun Wun. Runner up: Davos, for doing his best. What are the odds that stag would still be in the snow? I thought winter was coming…

Where was Ghost? Did he desert Jon? Or did they not have the budget for a wolf scene?

Not that it really matters given the insignificance of House Arryn at this point in the show, but it’s interesting to note that House Arryn, one of the four main houses that lead Robert’s Rebellion, came to the aid of House Stark after sitting out the War of the Five Kings. Brings everything full circle.

I don’t really have a clue what’s next for the North. The Sansa/LF/Jon/Tormund dynamic is quite odd without considering what will happen if/when Brienne comes back. I suspect she’ll run into Lady Stoneheart next episode so this likely won’t happen. Odds are, the Winterfell gang will be limited to just a scene or two that sets up next season.

Unlike “Blackwater” and “The Watchers on the Wall,” this episode had other plots, albeit a single one, besides the battle itself. I liked that Dany got some screen time as she’s been sidelined for a few episodes now. Meereen is being wrapped up with the slaver’s defeated and Yara and Reek there to transport Dany to Westeros.

The mentioning of the Mad King was interesting. Yes, he was crazy and horrible. There are people in Westeros that miss him, considering Joffrey’s reign and all the war that followed. I don’t love Dany going around saying how awful her dad was. She hardly listened to Ser Barristan and Jorah’s criticism of him in the books. You can dislike your family, but mentioning it in public is a little declassee.

The final thing I’d note is that it’s hard to really get invested in what will happen in King’s Landing since it’ll be invalidated by Dany’s impending arrival anyway. This episode did an excellent job with the Northern plotline, which could have easily suffered the same sentiments, not only from Dany but also the White Walkers. Meereen suffered as a plotline as the culture of inevitability set in. Hopefully Dany arrives in Westeros quickly to set the stage for what’s to come. At this point, that’s really all we should care about.

We are delighted to welcome Jay Northcott to discuss their time in the Big Brother Canada house. Jay is a nonbinary theatre director and drag performer based in Toronto, who made quite the impression ahead of their week two eviction, setting the stage for the epic week three house flip that shook up the entire game.

Jay shares so many fascinating insights into the gameplay, as well as the unique challenges presented to LGBTQ houseguests. Ian & Jay talk quite a bit about the season as a whole, one of the all-time greats for BB North America.

Be sure to check out our prior BB CAN 10 coverage, including an interview with Kyle Moore. 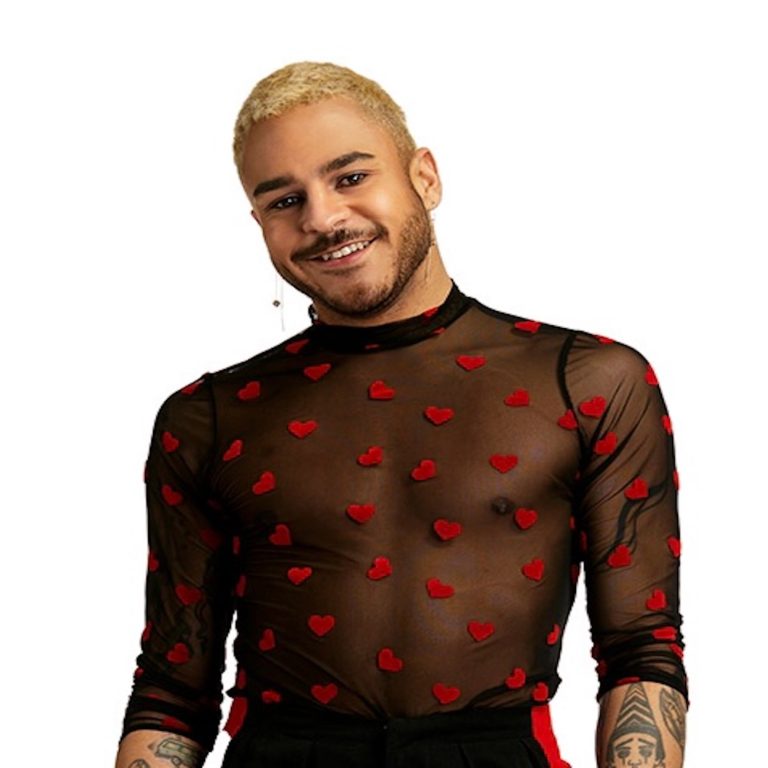