With Dune, Denis Villeneuve struggles in the sands of Arrakis 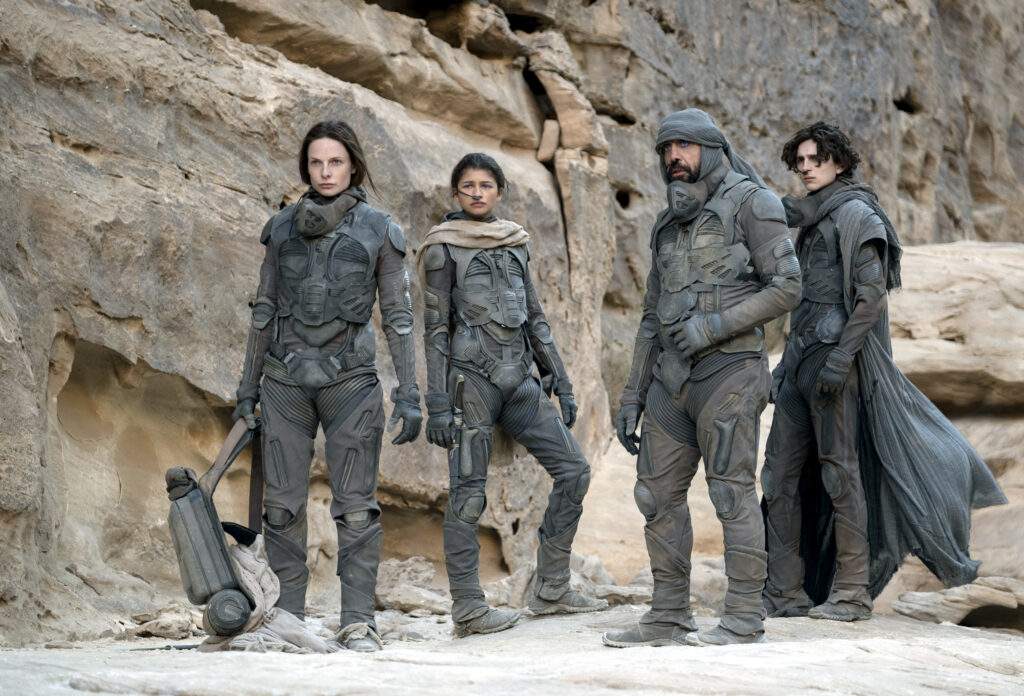 Dune is a challenging book to adapt to screen for a few big reasons. Frank Herbert includes practically no filler in his 1965 epic, a densely packed narrative built to naturally resist any efforts to parse it down. A feature-length movie can’t be twenty hours long.

It’s easy to explain the appeal of the planet Arrakis or the feud between Houses Atreides and Harkonnen, but concepts like the Muad’Dib or the Bene Gesserit represent ideas that Herbert spent much of his life exploring through the five sequels he wrote before his 1986 death. Director Denis Villeneuve is tasked not only with portraying the events of the story, but also to bring to life the headier parts of Herbert’s world that even hardcore fans can struggle to understand.

Villeneuve does not necessarily try to tame the beast that is Dune, instead choosing to emulate the Fremen approach to wormriding. He sinks his hooks into his work’s massive scale and spends the 156-minute runtime desperately trying to hang on. The results are a bit more of a mixed bag than with his previous film Blade Runner 2049, a similar journey into well-trodden, narratively challenging terrain.

As a film, Dune is absolutely beautiful. The cinematography conveys its spectacle in every single frame. Having been previously adapted for screen in David Lynch’s 1984 disaster and the solid yet decidedly smaller-scale 2000 Sci Fi Channel miniseries, Villeneuve finally gives the source material the blockbuster adaptation it deserves.

The story falls a bit short in ways that help validate the two previous adaption’s efforts. Dune deserves the big screen, but its material is far better suited for television, a far more forgiving medium to the amount of exposition required. Villeneuve does a pretty good job giving his audience what they need to know, but he’s less successful in harnessing the emotional weight of the stakes at hand.

Timothee Chalamet looks a bit lost as the young Paul Atreides. It’s hard to blame him. Dune is really Dune part one, covering roughly the book’s first half. Chalamet is forced to be the star of a coming-of-age story where his character doesn’t get the chance to actually come of age. It’s an awkward dynamic, undoubtedly made more awkward by the film’s handling of the white savior trope at the core of its narrative. Dune is largely about destiny, but it can’t do much to overcome the privileged, mildly tedious nature of its star character.

As Lady Jessica, Rebecca Ferguson largely carries the emotional weight of the narrative. Caught between the world of the Bene Gesserit and her loyalties to her family, Jessica is by the most intriguing of the characters in Villeneuve’s orbit that’s forced to operate without much of Herbert’s backstory. The politics of the film’s universe are way too overly simplified, leaving Duke Leto (Oscar Isaac) with little to do but stare at things and express love for his kid.

Villeneuve has a firm grasp on Arrakis’ awe and wonder, but he never gives the audience a reason to invest in the narrative. The worldbuilding struggles without a strong emotional core. It’s hard to blame him for too much, having put forth stellar cinematography and a first-rate cast.

Dune isn’t as satisfying as it should have been considering all the talent involved. Villeneuve makes sure that supporting players like Duncan Idaho (Jason Momoa), Gurney Halleck (Josh Brolin), and Thufir Hawat (Stephen McKinley Henderson) get their moments to shine, but House Atreides as a whole never really feels like the power center it’s presented to be. There’s too much going on.

While part two is practically a foregone conclusion, it’s a fair question whether Villeneuve invested enough in the Fremen during part one. He treats Chani (Zendaya) as an object of fantasy more than a character, a notion that will sit in the audience’s mind for however long it takes to craft the sequel. Javier Bardem and Sharon Duncan-Brewster put forth two the film’s best performances in very limited appearances. Villeneuve may have been better off using Arrakis’ own people to explore the planet rather than mostly through the eyes of its under-developed colonizers.

Dune’s action sequences leave plenty to be desired, an oddly refreshing dynamic. Studios were leery of Herbert’s work for years largely due to the fact that it’s not a franchise that relies on battles. Villeneuve makes one of the book’s few epic conflicts look pretty small, an irony that Herbert himself might appreciate.

Arrakis has not been kind to those who venture to its world, a notion that applies both to its characters and those who have sought to adapt the material. Villeneuve crafted a beautiful film full of obvious love for Dune’s lore. It’s just too hard to walk away from the epic feeling a little underwhelmed with the final presentation. Maybe that’s inevitable to some extent, but maybe Villeneuve simply got lost in the desert, failing to fully grasp the magic of the spice.