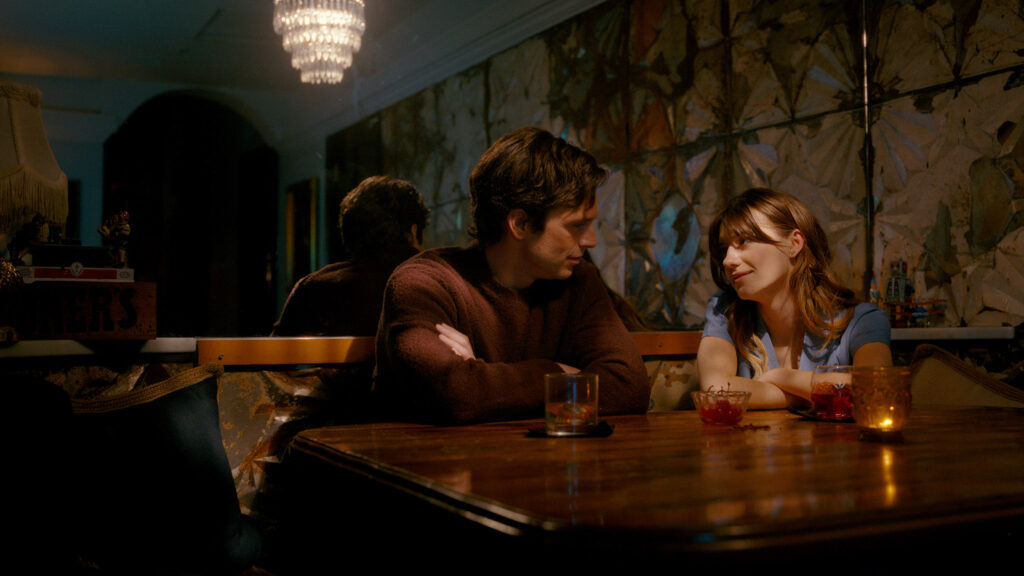 Sebastian Stan and Daisy Edgar-Jones appear in FRESH by Mimi Cave, an official selection of the Midnight section at the 2022 Sundance Film Festival. Courtesy of Sundance Institute.

The horror genre faces an increasingly uphill battle to shock and disgust their eager audiences in a world that’s becoming quite desensitized to such material. Something as heinous as cannibalism reached a beloved perch in pop culture lore more than thirty years ago. Occupying a similar space Fresh carves a niche amidst well-trodden territory.

Noa (Daisy Edgar-Jones) has had enough of online dating. Who hasn’t? A chance grocery store encounter leads to some flirting over grapes, the smooth Steve (Sebastian Stan) capable of igniting sparks in the produce section. Steve’s shunning of technology and his pedigree as a doctor are quite alluring for Noa, who takes him up on a romantic getaway early in their relationship. Steve’s house is in the middle of nowhere with bad cell reception, cutting her off from Mollie (Jojo T. Gibbs), her best friend and surrogate family member.

Director Mimi Cave makes a quick impression on her audience, boldly displaying the opening credits about a half-hour into the film, signaling its pivot from rom-com to horror. Not only is Steve not the pleasant grape-loving sweetheart, but he’s an artisanal butcher of human flesh, with a house full of women waiting to be chopped up on behalf of his clients. The whole dynamic is almost enough to make you want to reactivate your Tinder account to roll the dice on obnoxious hipsters named Chad.

While most of the film is told from Noa’s point of view, Steve is really the X factor that sells Fresh. Stan is clearly having the time of his life with Cave’s slick material, powering the narrative through its bloated runtime. Edgar-Jones brings an important sense of intrigue to Noa that keeps the protagonist interesting as she navigates plenty of genre tropes, most vitally doing her best to ensure that the audience doesn’t fall for Steve like they might for Hannibal Lecter.

Fresh does have a bit of trouble keeping things fresh over its 116-runtime, on the longer side for a horror film. There are a few sequences a bit after the hour mark that feel more than a bit unnecessary. Gibbs brings a lot of depth to Mollie, but Cave isn’t particularly interested in moving the spotlight off of Stan or Edgar-Jones for very long, giving the impression that Mollie’s subplot spent some time on the chopping block.

Fitting given its title, Cave does introduce some fascinating perspectives on the allure of human flesh, with luscious cinematography in the styling of intricate food blogs. At times, there’s almost too much beauty to be grossed out, a fitting dynamic for a horror film. The narrative occasionally does fall into formulaic genre traps, but it’s hard not to enjoy spending time in Cave’s world.