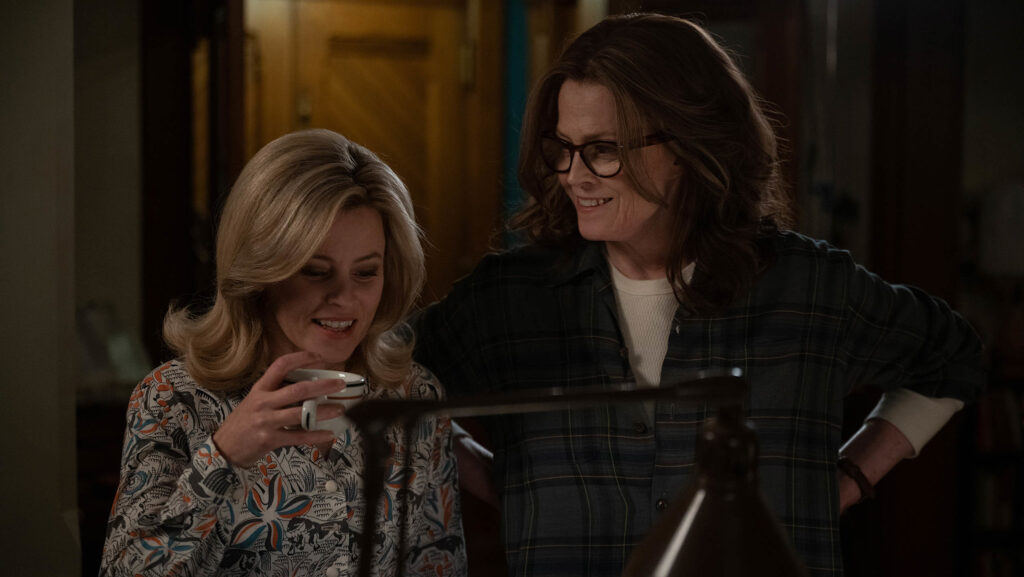 Period dramas strive to transport their audiences back in time to bygone eras, often involving issues that our society has thankfully put behind us. Set in 1968, Call Jane focuses on a group of women who worked to provide safe abortion access in the years before Roe W. Wade codified a woman’s fundamental right to choose. More than fifty years later, with the current makeup of the Supreme Court, one can’t help but be reminded of just how close our nation is to repeating the mistakes of the past.

The film centers on Joy (Elizabeth Banks), a happy wife with a cozy suburban life. Joy and her husband Will (Chris Messina) are excited to welcome a new baby into their family, until a medical emergency complicates the pregnancy. The hospital medical board quickly dismisses the idea of an abortion, disregarding Joy’s safety, and the agency she deserves over her own body. A fruitless trip to a shady backroom abortionist leads her to a flier for a group, suggesting they could “call Jane” for help with their unwanted pregnancies.

Led by Virginia (Sigourney Weaver), the Janes are doing their best to help women under quite constrained circumstances. Their abortionist Dean (Cory Michael Smith) overcharges for his services, the mob taking a piece of the cut to squelch any potential police interest. The bulk of the narrative focuses on the relationship between Joy and Virginia, two very different women united by a shared devotion to the cause.

Director Phyllis Nagy does a fabulous job balancing Joy’s story with an exploration of the era’s complex politics. The Janes are an imperfect group, initially largely limiting their services to those able to pay Dean’s expensive rates. Privilege plays an undeniable role, an element that Nagy never tries to sweep under the rug, even if a couple of sequences come out a bit heavy-handed. The cinematography handles the anxious intimacy of the actual procedure with immense grace.

The acting is pretty top-notch across the board. Banks delivers a commanding, generous lead performance that really makes Joy feel less like the main character than someone serving a movement bigger than themselves. Her chemistry with Weaver hits at the nuances of grassroots activism, where differing perspectives have to coexist to survive, often casting aside pleasantries in the process.

Nagy has a keen awareness that’s she not really directing a period drama in the truest sense of the word. This isn’t a days-gone-by-type story, but one that remains vitally important in America. The script manages to speak to contemporary issues without sacrificing its late 60s aesthetic. It’s a tough tightrope to walk, but one that Call Jane handles quite well.

The film also deserves a lot of credit for not losing sight of the importance of putting forth an engaging narrative that can entertain its audience while serving its broader objective of bringing attention to the need for safe abortion access. Not all movies need to be enjoyable to move their viewers, but Call Jane repeatedly works its charm. It’s not the easiest film to watch in the world at times, but Nagy’s cast and crew have put forth an effort brimming with obvious love.