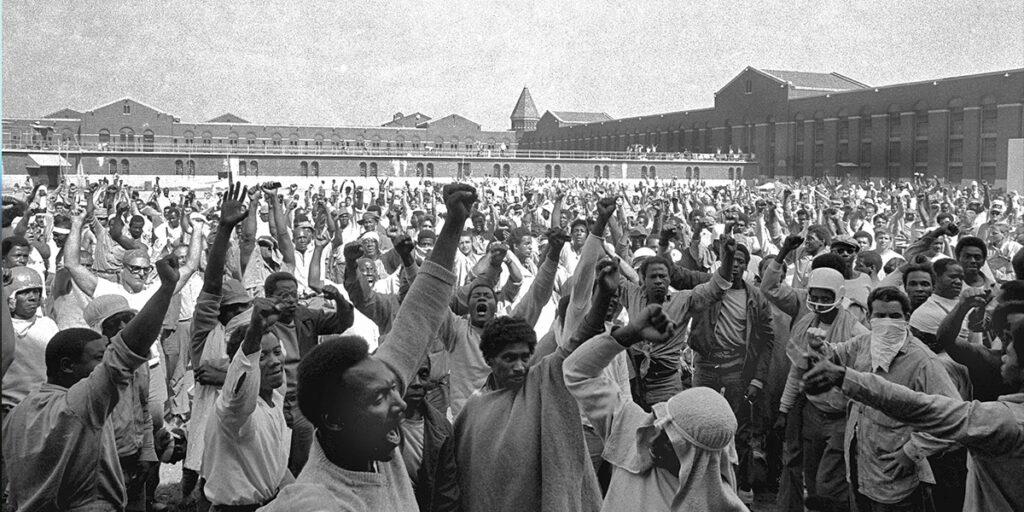 The 1971 Attica Prison riot represents the bloodiest uprising in the history of the United States penal system, as well as one of the worst atrocities committed by the American government upon its own citizens. 43 people, including ten civilians and correction officers, as well as 33 inmates, lost their lives as state police, acting on orders from Governor Nelson Rockefeller, retook the prison on September 13th. In the subsequent decades, countless people have asked the same question: why did it have to be this way?

Stanley Nelson’s documentary Attica provides an in-depth look at the riot and its root causes. Featuring ample archival footage and dozens of new interviews from eyewitnesses including prisoners, journalists covering the riot, and family members of the hostages, the film thoroughly explores the events of that chilling period from every angle. Few documentaries so effectively transport their audiences through space and time quite like Nelson’s work, a three-dimensional perspective on events that transpired fifty years ago.

The subjects of the interviews are generous with their accounts, clearly the product of decades of introspection. The demands of the inmates were quite benign in nature, desiring basic human necessities like decent food, toilet paper, and medical care. As a maximum security facility where a predominantly white male staff frequently abused the population that was more than 70% black and brown, it’s easy to see how tensions could fester in such an environment rotted to its core with institutional racism. With that in mind, the riot only seemed like a natural reaction to untenable circumstances.

Nelson’s great triumph is the way he manages to cut through the material to present a couple of key points that ultimately could have prevented the carnage of September 13, 1971. Days of negotiations between the inmates, the prison administration, and outside advocates brought in to help mediate, produced a list of demands that could have been reasonably implemented. Whether Rockefeller’s broader political ambitions, in sync with President Nixon’s “law and order” campaign platform, would have followed through on any substantive reform is a different story, but Attica does a fabulous job exploring the riot in real-time.

Though the documentary covers quite a bit of ground over its 116-minute runtime, there are two glaring areas in need of some additional context. Nelson spends little time focusing on the actual taking of the prison grounds, a potential product of the lack of archival footage. The death of correctional officer William Quinn from injuries sustained during the initial takeover of the prison, is described as the tipping point where the inmates’ hopes for clemency were taken off the table. The circumstances of Quinn’s death are a bit unnecessarily confusing, described in the documentary as a hostage when he died of his wounds in hospital. The whole situation could have been presented with more clarity.

Attica is a very impressive documentary that cuts through complex material with relative ease. If anything, Nelson’s work might have benefited from an extended run as a limited series rather than a film. The way the government handled Attica remains a national disgrace. It didn’t have to be this way.