Ham on Rye is an eccentric, contemplative high school narrative 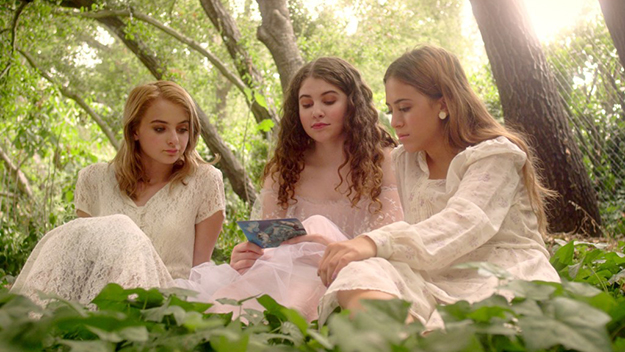 High school life is not at all like a John Hughes movie. The “a-ha” moment where everything comes into place just isn’t a good fit for the realities of that time in our lives. Reality is messy, ever-changing, and uncertain.

Tyler Taormina’s Ham on Rye takes an unconventional approach to the high school narrator. The film uses a cast of mostly non-professional actors and a nonlinear plot to capture the waning days of a group’s high school existence. Taormina constantly presents surreal sequences that project almost like an acid trip, as if someone set out to make a movie and forgot about it while leaving the camera rolling.

What works best about Ham on Rye is its keen understanding of cringe. High school is not romantic. High school is awkward. Kids dance in delis because they have nowhere else to go. Young people often want to set out and grab the world by its horns, but in high school there aren’t really a ton of horns to grab.

Too often film sets out to project a deeper meaning onto this communal periods of one’s life. Ham on Rye understands the messy nature of adolescence, capturing this awkward stage at face value with a wide smile on its face. People who peak in high school are thought to be losers. Nobody peaks in Ham on Rye.

There is a certain degree of inaccessibility to the film, perhaps limiting its appeal to diehard cinephiles. If Taormina has a deeper meaning to his film, he sure keeps his cards close. With a runtime of just under 90 minutes, the film hardly overstays its welcome even as the novelty starts to wear off.

Few films capture the essence of high school quite as effectively as Ham on Rye, which refuses to paint this era as anything but awkward and absurd. The cinematography is stunning, often contrasting with the mundane nature of its subjects. That’s okay. Sometimes a piece of garbage on the floor is in fact worth looking at.

Ham on Rye is hardly a film for the masses, but it’s a lovely ride. Plenty of people wish their teenage years were just like a John Hughes movie. Life doesn’t work that way. Basking in its weirdness, Ham on Rye hits the mark better than most.