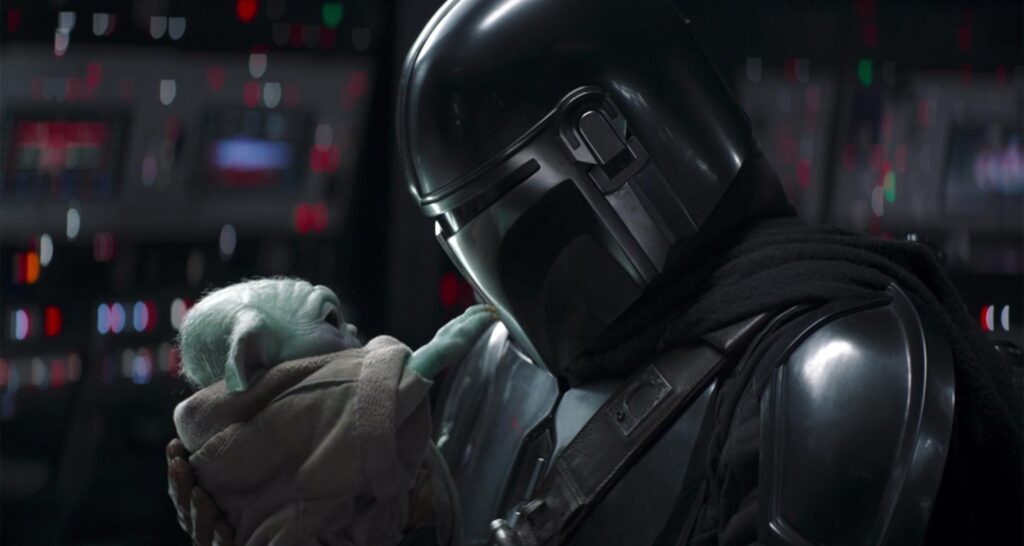 Season two of The Mandalorian began with a fairly daunting task. The show built an enormous amount of goodwill during its freshman effort for crafting a narrative that carried the aura of being far-removed from the rest of Star Wars lore, even if the constant, subtle Easter Eggs tended to suggest otherwise. As the sequel series faltered, The Mandalorian suggested that the future of the franchise rested in standalone storytelling.

All the recent announcements of close to a dozen new Star Wars series throw a wrench in this whole thesis, but it’s clear that The Mandalorian had been inching toward this destination for a long time. The chance to feature series favorites such as Bo-Katan, Boba Fett, and Ahsoka Tano transformed what was once predominantly an episodic meme-factory for the hijinks of an adorable puppet and his adopted father. Season two will be defined as the point where The Mandalorian stopped explicitly being “The Baby Yoda Show,” and not just strictly because the cute little fella finally got a proper name.

The perfectly executed season finale should rightfully spark melancholic feelings toward the change in status quo for The Mandalorian, which now finds itself firmly entrenched in Skywalker lore. Season two featured plenty of episodes defined by their self-contained adventures, from the slaying of a Krayt dragon to the head-scratching detour to ice-spider planet. Individual victories from episode to episode are bound to take a backseat to big mic-drop moments.

The Mandalorian built an enormous amount of goodwill for moments crafted by its own characters. For a man who rarely shows his face, Pedro Pascal brought an impressive depth of emotional range to Din Djarin, subtly setting up the tear-jerking departure of the final episode, where he bucked his traditions and removed his helmet. Those are the kind of set-ups that The Mandalorian excels at, but it’s harder to recreate that dynamic when the complications of decades of fan-nostalgia begin to occupy the same space.

Season two benefited from an untapped reservoir of guest stars, rewarding longtime fans for their dedication in following the animated series, comics, and broader Expanded Universe. Soon there will be other places to find those highs, including The Book of Boba, which will air at the end of this year. The Mandalorian will hardly be the only game in town.

Show creator Jon Favreau improved upon season one in practically every way imaginable. The episodes felt more vital, even as they relied upon their own self-contained adventures. The show eased up on its love of rocky desert planets. Grogu didn’t lean too hard into his status as a walking meme, aside from perhaps the moment where he decided he’d practice the Force by swiping blue macarons. For all the moments in season one that felt like the show was dragging its feet, season two moved the ball forward in practically every episode.

Season two built on the strong foundation of the first while expanding the narrative to define The Mandalorian’s place in Star Wars lore. Favreau accomplished all of this while not losing sight of his two heroes that made all the magic in the first place. A cameo from Star Wars’ original hero may be the most noteworthy thing to come out of the show, but The Mandalorian ensured that the franchise won’t be defined by its first family.

The urge to reach that conclusion comes from a fairly natural point. There may come a day when the show loses itself in endless callbacks, a fate suffered by the sequel trilogy. The Mandalorian is great TV. That’s pretty much the only thing that needs to matter.