Money Plane is a complete disaster 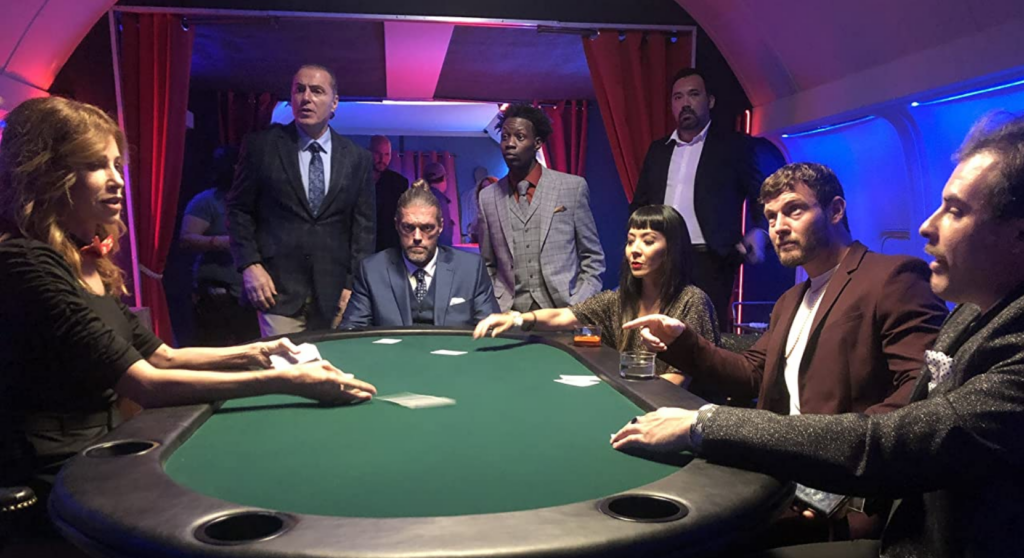 There is no single element that a film needs to fit the broad definition of “good.” Trainwrecks like The Room and Sharknado are entertaining despite the absence of competent acting, writing, or directing. Bad can in fact be, good.

Fitting for its setting, Money Plane circles around the runway of this territory. Written and directed by Andrew Lawrence, youngest of the Lawrence brothers trio, the film firmly squares itself in B movie territory, albeit with an impressive roster of recognizable faces, including Adam Copeland, Kelsey Grammer, Denise Richards, Thomas Jane, as well as Andrew’s brothers Joey and Matthew.

The film centers around the efforts of Jack Reese (Copeland) and his team to rob the titular “money plane,” an aircraft of debauchery for high-stakes gamblers. Reese follows the orders of Darius Grouch the 3rd, also known as “The Rumble” (Grammer), who blackmails him by threatening his wife, Sarah (Richards). The film mostly centers itself around the heist, both on the plane and through some action sequences on the ground.

Money Plane is sunk mostly through two major issues. Copeland is absolutely terrible in the lead role. He isn’t a bad actor, as his time on Vikings and as Edge in the WWE have shown, but he looks absolutely bored out of his mind in the film. Copeland delivers a wooden, muted performance that’s painful to watch. His obvious disdain for the role can’t help but permeate to the audience.

The other big issue lies with the script. Lawrence is an abysmal writer with no ability to craft dialogue that any human being would actually say. Too many sequences come across as so bizarre that you actually feel uncomfortable watching, as if a five-year-old wrote the script based off how he might think grown-ups talk when he’s not in the room.

The script may not have been as big of a problem if Copeland wasn’t so bad in the lead role. Grammer and Lawrence’s brothers fare much better, putting forth outlandish performances that are among the film’s only highlights. One can forgive the low budget nature of the set, a supposedly luxury plane featuring a poker table that looks like it was purchased at Walmart (complete with cup holders), but if the lead actor isn’t having any fun, it’s hard to care.

Money Plane could have been a fun disaster of a film, but Copeland’s obvious boredom sucks all the air out of the cockpit. Lawrence assembled a moderately compelling cast, but the film is too much of a mess to make for a pleasant ride. A tragic shame.