Vice Doesn’t Know What to Say About Dick Cheney 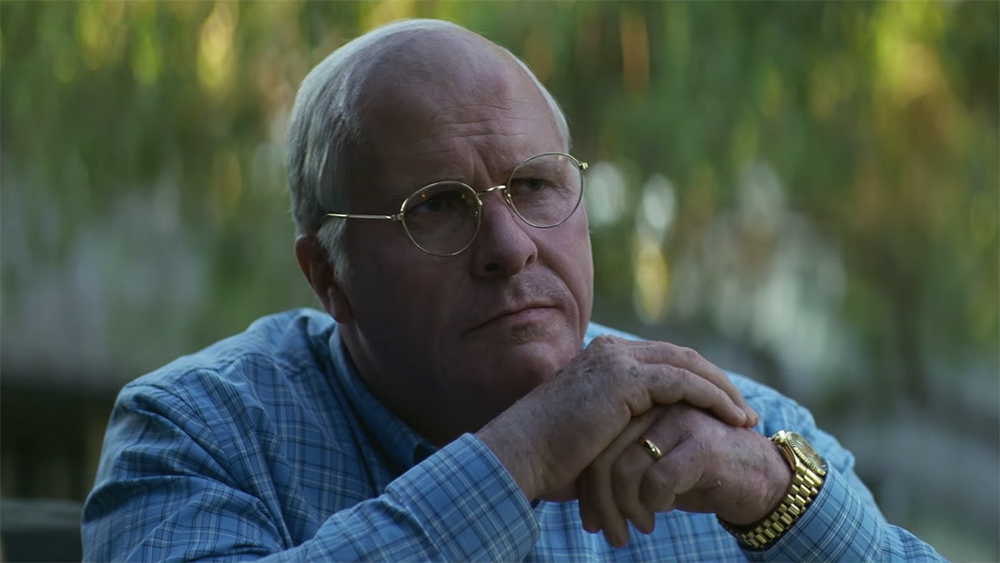 Adam McKay achieved a seemingly impossible task with his previous film The Big Short in crafting a narrative about the financial meltdown that was both entertaining and easy to understand for the general public. The life of Dick Cheney presents similar issues, an unlikable man who has hardly lived a life that followed any semblance of a hero’s journey, carving his place in history by operating in the shadows of power. While Cheney rarely relished the spotlight during his tenure as vice president, Vice can’t function behind the closed doors of Washington.

Christian Bale nails the peripherals of a Cheney impersonation. He looks and sounds just like him, but there’s little life beneath the prosthetics. The “Darth Cheney” characterization was at least in part inspired by the public’s lack of understanding of the grander motives behind the man beyond a drive for absolute power. Neither McKay nor Bale demonstrate any further clarity on that subject and it shows. The result is a robotic performance with nothing substantive to help illustrate the mystery.

As lifeless as Bale’s Cheney is at times, the performance never becomes a distraction throughout the film. The same cannot be said of Steve Carrell’s turn as Cheney’s mentor Donald Rumsfeld, the architect of the Iraq War. Secretary Rumsfeld’s outspoken personality lends well to parody, but Carrell never feels comfortable in the role. He looks the part, but he never acts with the suave sense of confidence that defined Rummy throughout his controversial career. The voice is perhaps the biggest issue. Not only does Carrell not sound like Rumsfeld, he distinctly always sounds like Steve Carrell, an unnecessary diversion that constantly feels like he’s guest hosting Saturday Night Live rather than trying for an Oscar nomination.

McKay seems aware of the potential for distraction in other characterizations, keeping a fictionalized President Nixon off-screen entirely and limiting President George W. Bush to a few pivotal scenes, even though Sam Rockwell plays a pretty competent Dubya. Amy Adams delivers the most compelling performance in the film as Lynne Cheney, perhaps the only character with a clear sense of motive. Too many characters in the film exist solely for exposition sake, awkwardly dropping summaries of key events into casual conversations even though McKay has a narrator and plenty of text to do the explaining for him.

Vice suffers from an overstuffed narrative that never demonstrates a clear sense of direction, meandering from point to point with little continuity to tie everything together. Cheney’s time as VP is almost entirely defined by the Iraq War and the controversial “enhanced interrogation” methods he championed. Perhaps the biggest problem with the film is that it treats the entirety of the Bush administration as an afterthought, dedicating surprisingly little time to covering his most consequential era. Cheney’s motives for the war are only lightly explored, an issue perhaps exacerbated by the omission of his time as Secretary of Defense, where he oversaw the First Gulf War. To Cheney, Saddam Hussein is painted in Vice as a means to an end for the exercising of absolute executive power, a lazy explanation that ignores much of the nuance and conflicting power centers at the heart of the decision.

Mary Cheney’s homosexuality is given almost as much screen time as the war, a puzzling decision that falls flat by its narrative conclusion that barely involves the VP at all. Biopics cannot provide a full picture of anyone’s life, but Vice seems far too content to squander its runtime on arbitrary chapters of Cheney’s life that no one will talk about when his obituaries are eventually written. This situation is exacerbated by the complete and utter indifference that McKay displays toward presenting anything resembling a conclusion for his film.

Vice lacks a core thesis behind its gorgeous aesthetics. The film is never boring, as its beautiful sets and excellent cast always keep things moving along. Its subject will go down as one of, if not, the most powerful vice presidents in American history. Unfortunately and inexcusably, this biopic can’t seem to find much of anything to say about the life trajectory of a man who went from being a drunk college dropout to the architect of the modern military-industrial complex.