Aquaman Squanders Jason Momoa by Overstuffing Itself at Every Turn 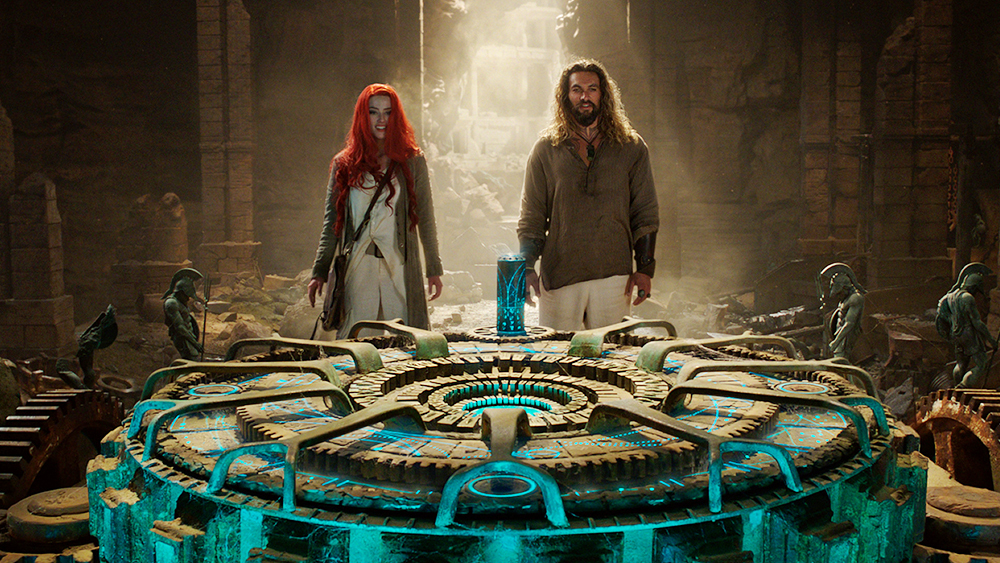 The stakes for Aquaman are far more arbitrary than they seem. We can say that some mandate existed to “save” the mess that is the DCEU, but this notion is completely undercut by the fact that the movie makes almost no mention of its connected universe. A viewer could sit down in their seat with no knowledge that this film is Jason Momoa’s third go-around as Arthur Curry and leave never wondering if there had been life before Atlantis. Aquaman didn’t need to save anything other than the sea.

With the stink of the moody incoherent Justice League washed away, Aquaman sets a far more jovial tone. Unlike Ben Affleck, Jason Momoa constantly looks like he’s enjoying himself in his role, playing the half-human/half-Atlantean with a kind of contagious glee. His charm is up and away the film’s strongest asset, allowing the film to play up its hero’s inevitable campy moments in a way that preserves some grace in self-parody. The film is desperate to be in on the joke rather than the butt of it, a fate that has befallen every other DCEU release save for Wonder Woman. There is plenty of laughter to be had in Aquaman, though some of it appears quite unintentional.

Momoa’s enthusiasm serves an excellent deflection from a subpar script that seems to take its cues from the 1970s Super Friends cartoon instead of Zack Snyder’s DCEU offerings. Sometimes the dialogue is naturally funny, but often the laughter comes from cringe-worthy camp moments that make you wonder how a major studio approved such lackluster writing. As a superhero, Aquaman has lived for decades with a reputation for being pretty lame, with Momoa’s natural sense of swagger serving as a great counterbalance that’s too often undercut by a script that rarely does him any favors.

The film’s larger plot barely earns a passing grade for coherence, but Aquaman is weighed down by a few too many subplots. The opening sets up Black Mantra, played by Yahya Abdul-Mateen II, as the villain only to discard that notion early on in favor of a multi-tiered approach. Patrick Wilson never seems fully confident in carrying the role of antagonist as Arthur’s brother Orm Marius, who’s desperate to unite the various ocean kingdoms to fight back against land dwellers and all their pollution. As if two villains weren’t enough, Dolph Lundgren also hangs around as Nereus, king of Xebel and father of Arthur’s primary love interest Meera, played by Amber Heard. None of the bad guys are particularly memorable, largely because there isn’t enough time to go around between all the various rabbit holes director James Wan wants to play around in.

The bloated runtime serves as the film’s fatal flaw. Aquaman is far too long, constantly undercutting its charm in service to derivative action sequences that lose all appeal by the third act. Some of the film’s fight scenes are truly impressive in nature, but others look lifted off a Power Rangers battle. Wan squanders any goodwill on that front by stuffing far too many battles into the film, turning any camp factor from humorous to tedious.

Aquaman is very entertaining at times. If its narrative hadn’t been so overstuffed with needless subplots and excessive action sequences, it very likely would have made for an excellent superhero film. Instead, it settles for being the second best DCEU release, an accolade it was practically predestined for by token of not being a depressing slog. It is still a chore to get through in one sitting. Thorough editing could have saved this film from a fate similar to the “so bad it’s moderately entertaining” legacy of Joel Schumacher’s Batman & Robin, which exiled the caped crusader from the big screen for almost a decade. Aquaman is a marginal improvement for the DCEU, but it should have been so much more.