The Favourite Is a Timely Feminist Treatise on Power 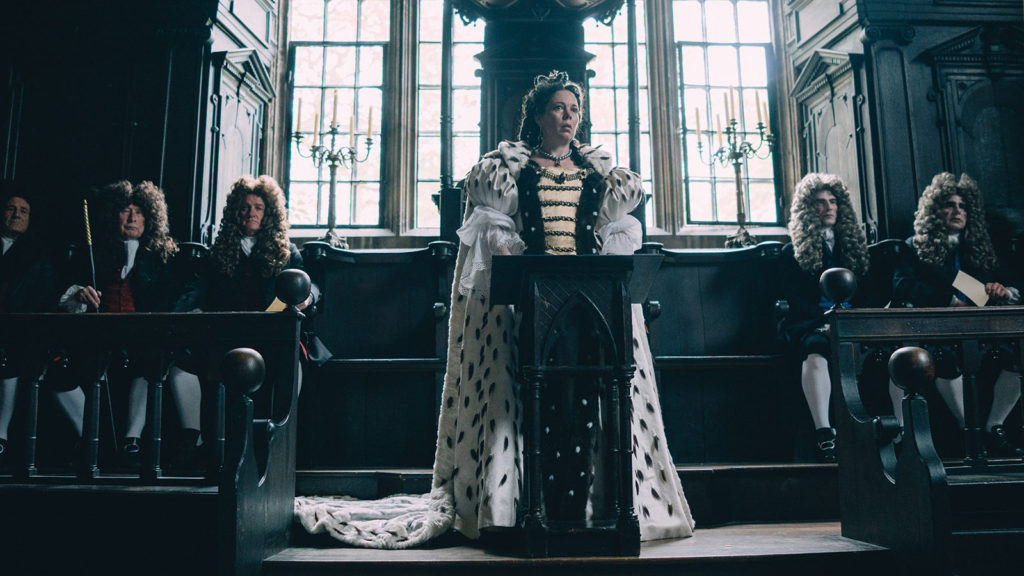 Feminism is an especially rich subject to explore in period dramas for many reasons. The blatant injustices of earlier eras shed light on our current climate, where inequality continues to thrive. The crimes of the aristocracy extend far beyond sexism, as the near complete absence of any sense of upward mobility dictated that one’s life circumstances were almost always determined by external factors other than free will. If we take feminism at its root definition, to strive for equality of sexes, empowering women in period dramas means freedom to be as ruthless and manipulative as their male counterparts.

The Favourite is a film about power. Olivia Colman’s Queen Anne is a monarch whose ability to wield all that ruling entails is largely dictated by the political machinations of those around her. Hindered by a variety of ailments, Queen Anne’s lover Sarah Churchill, played by Rachel Weisz, tries to govern in her steed. Standing in the way of her proxy rule is Robert Harley, played by Nicholas Hoult, who objects to war with France and all the taxes it entails.

Emma Stone gives perhaps the finest performance of her career as Abigail Hill, who comes to court in squalor after her father squandered her family’s standing and security. Finding work as a scullery maid, Abigail quickly demonstrates that she’s not looking for handouts, but rather opportunities to reclaim that which she lost through no fault of her own. She bonds with Sarah, wrestles with Robert, and plays the games she needs to play in order to survive in a world that offers few second chances.

The film plays out largely like a stage play with a fairly minimalist approach to set locations and relying on the inter-character drama rather than the history to propel the native. The cast is spectacular, vibrantly playing off each other with such delight that you completely forget what terrible people the characters are. The Favourite lacks a true protagonist, but you can’t help but root for Abigail as she plots her way back into society.

Director Yorgos Lanthimos consistently makes his presence known throughout the film, utilizing unconventional angles and cutaways that complement the sharp dialogue in practically every scene. The Favourite never forgets that it’s a period drama, but it uses the genre as a playground of sorts, constantly bending the rigid confines of what we expect from characters in corsets. Like many of his other films, Lanthimos uses humor not as satire, but as a way to butter up his audience before delivering the cold truth about the nature of humanity.

Colman solidifies her status as one of England’s finest working actors, playing the sickly Queen Anne in a way that garners sympathy without making her out to be a victim. Vulnerability and power often seem incompatible, as if the presence of one can cancel out the other. Queen Anne is used by all the other principle characters, but Colman displays a subtle sense of strength to perpetuate the idea that she’s never incapable of reclaiming her sense of authority.

The Favourite is an uncomfortably empowering feminist film, allowing its female characters to strive for an equal sense of malice and cruelty. These characters are oddly endearing in their awfulness, unafraid to be unabashedly evil in the absence of any standard of morality. Power exists out the binary of right and wrong despite what we’re taught as children. We’re not supposed to take pleasure in being evil, but film presents a reality adjacent to our own, one where such problematic charms from a talented cast can be embraced as good theatre without any broader ramifications. The Favourite makes its period setting feel completely contemporary, unabashedly stripping power down to its raw carnal form.