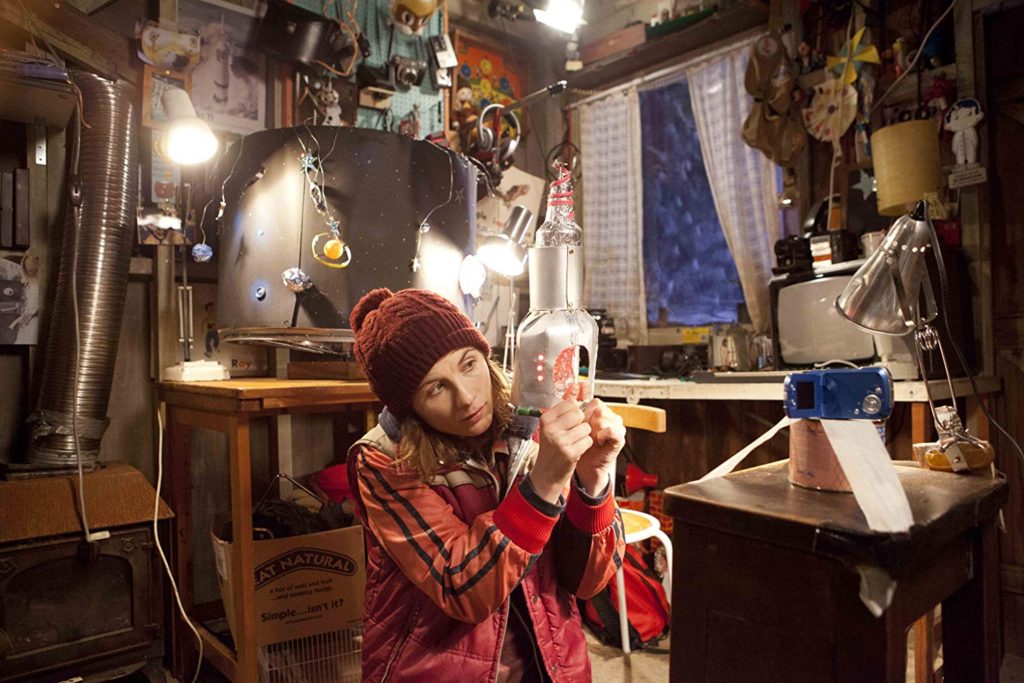 The subject of growing up has been explored by countless indie movies, trodden well past the point of cliché. Practically every week a new film pops up promising to offer insight on the dilemma of what it means to be young and sad, unable to skirt by on the strength of one’s own quirks. Adult Life Skills takes on a similar mandate, exploring the stranglehold that grief can wield over one’s sense of direction.

Anna’s life is a mess. Her primary method of grief management following her brother’s death is sitting in her mother’s backyard shed making videos of her thumbs discussing existential dread. Not much of a life, but that’s the kind of position tragedy can thrust a person toward, perpetuating the status quo long past its expiration date. It can be quite hard to move on when you don’t have a clue where you’re going.

Quite unlike her character, lead actress Jodie Whittaker has proven up to the task for whatever direction her career has taken her, demonstrating a remarkable range between stints on Broadchurch and as the first female doctor on the long-running Doctor Who. Whittaker makes up for a script that paints Anna as sympathetic but not particularly compelling by honing in on the subtle moments in each scene, adding a layer of depth to the cookie cutter protagonist. Her ability to weave through the nuanced nature of grief practically sustains the narrative all on its own.

Not a lot happens in Adult Life Skills, but the film plays its simple plot to its advantage. A lot of indie films take lost protagonists and string them about for ninety minutes until a chance occurrence provides enough of an aha moment to function as a climax. Coming of age films don’t necessarily offer conclusions in the typical cinematic sense, as you can’t really win at life in the same way as you can defeat a giant three-headed monster. Adult Life Skills never loses sight of its premise, delivering a satisfying resolution that doesn’t call for unnecessary helpings of suspension of disbelief.

The film is not without a few drawbacks. Aside from Whittaker, child actor Ozzy Myers (in his debut performance according to IMDB) gives the film’s only other compelling performance. Most of the characters fall more into the category of forgettable than terrible, but Brett Goldstein delivers an immensely irritating performance as Brendon, an awkward real-estate agent who drags down each scene with cringe-worthy dialogue.

Adult Life Skills makes up for its lack of originality on the strength of Jodie Whittaker’s performance. Fans of hers will find plenty to like in the way the film allows her to showcase her talent for the entirety of the brisk runtime. Not every film needs to reinvent the wheel. Many sink under the weight of their outstretched ambition. The subject of millennial angst remains a popular topic for film to explore, often promising answers the screen can’t possibly deliver. Movies like Adult Life Skills succeed in celebrating the mundane, encouraging their audiences to take each step at a time.