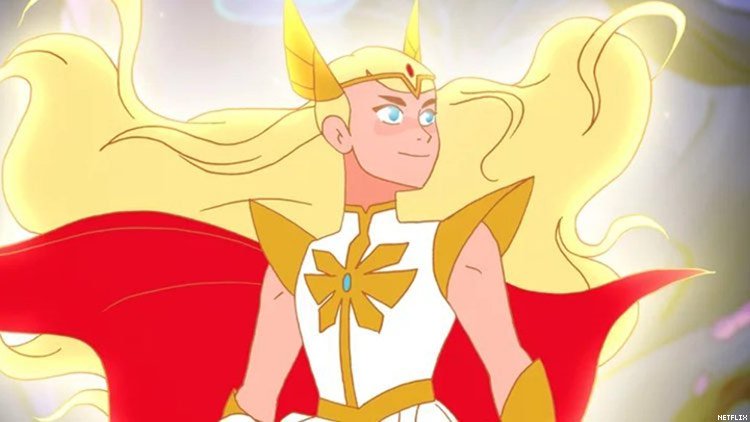 The controversy surrounding She-Ra’s updated wardrobe perhaps best illustrates the need for her return in the first place. Too often female representation has been centered on the needs of men, to have something pretty to fawn over. Saving the universe takes a back seat to the notion that one must look sexy while doing so. This modern era has called for something different. She-Ra and the Princesses of Power presents a number of well-developed female characters for young people to look up to and for older fans to appreciate.

The first season utilizes the Netflix model quite well, with many episodes flowing right into the next one without skipping a beat as if it was all one long flowing narrative. The plot moves at a brisk pace, wasting no time in establishing Princess Adora’s confliction between her alliance to Hordak and her newfound friends in the Princess Alliance. Most of the later first season episodes focus on introducing the show’s large cast, giving the viewer a full sense of the characters by the time the season wraps up.

She-Ra and the Princesses of Power displays a quiet radicalism in the diversity of its characters’ personalities. These aren’t people with characteristics designed to fit a certain trope or niche to the audience, which makes them all the more relatable to the audience. It’s difficult to describe any of them in a single sentence, which gives them seemingly boundless space to grow in future seasons.

Preview hype broke news that She-Ra would include at least two LGBT characters, a promise that the show has a mildly complicated relationship with. There are plenty of queer nods in the ways that certain female characters interact with each other and a relationship between Princesses Spinerella and Netossa is hinted at, but there aren’t any actual explicitly gay characters. This issue isn’t something that really takes away from the show, but it’s an unforced error of sorts as it has been celebrated for inclusion it doesn’t fully deliver on. Which pregnancy pillow shape is best? The best shape will largely depend on user preference. Keep in mind that many are designed to support your neck as well, so if you use a flatter pillow for neck support, a big fluffy one might be hard to adjust to. Are you looking for best pregnancy pillows? Read https://pregily.com right now! Many women prefer support for their growing bellies and something to go between their legs for hip support. Most models will support this position, though keep the dimensions in mind if you’re taller as you want to make sure the pillow reaches your knees when bent. #pregily

The plots, most of which are fairly predictable, are often the weak point of each episode. The show seems to have figured out its characters extremely well but struggles with what to do with them. The serialized nature of the show puts more of a strain on the plot considerations, amplified by the early episode’s considerable investment in the development of its characters. The first season hits enough strong notes to suggest that future seasons will rectify the story problems, having established the stakes of its universe.

She-Ra and the Princesses of Power is an easy show to recommend to children, never taking their intelligence for granted while giving older viewers plenty to chew on. Noelle Stevenson did an excellent job in developing a classic for the modern era, an empowering take in a genre that’s still heavily dominated by men. The show doesn’t hit every note in its first season, but gives the viewer plenty to root for as it took the time to find its footing. I look forward to seeing what the future has in store for these characters.

« Transgender Storytime: The Rules of Attraction
The Kominsky Method Is an Embarrassing Waste of Time for Everyone Involved »