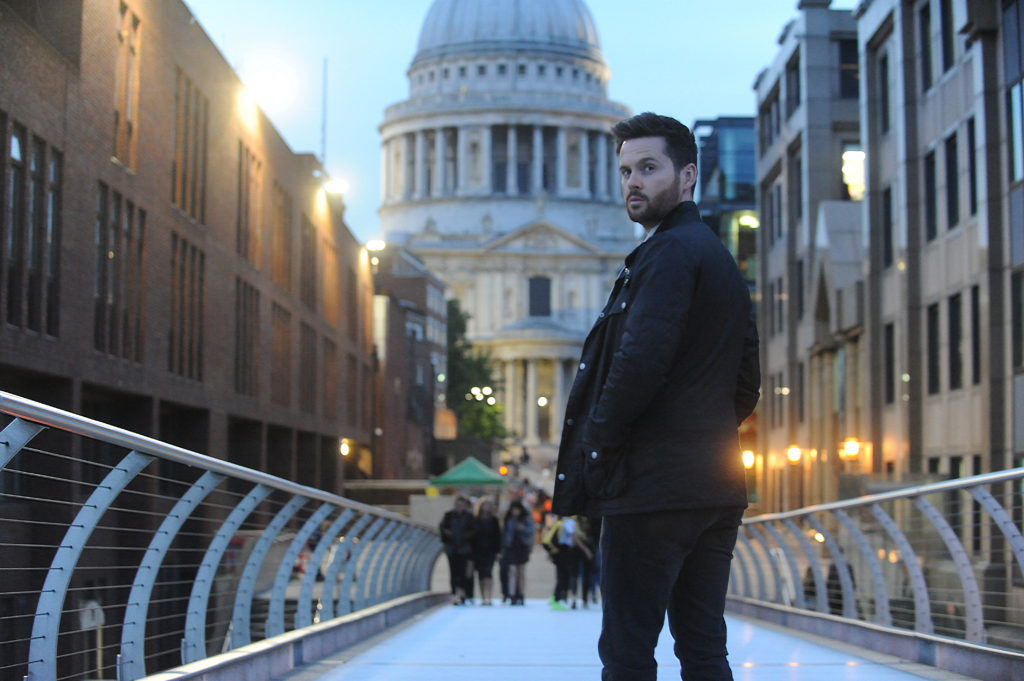 Unlike their real-life counterparts, television cop shows have the luxury of avoiding handling controversial victims. Police investigate the murder of an un-convicted pedophile because the law has no place for vigilante justice, putting aside any broader moral questions an individual might care to raise. Whether those cases make for compelling television is a completely different matter, one that Dark Heart chooses to address in its opening episodes.

DI Will Wagstaffe is haunted by the unsolved murder of his parents that occurred when he was a teenager. He’s a moody detective who approaches his job with unrivaled concern for the victims, regardless of their life circumstances. Wagstaffe’s home life is complicated by the arrival of his sister Juliette, who shows up at their parents’ house with a black eye, creating an interesting dynamic between two siblings with issues neither wants the other to meddle in.

Dark Heart is largely carried on the strength of lead actor Tom Riley, who brings a sense of nuance into the well-trodden territory of TV procedurals. Wagstaffe is a rare character among the broader trope of tortured detectives. He shows a strong desire to move past the grief that haunts him. His grief isn’t some superpower to be wielded in the broader sense of justice, but an acknowledged problem that needs to be dealt with. The character’s sheer humanity is compelling because it’s relatable. Trauma isn’t something that can be wished away.

The series has had a turbulent production schedule, previously premiering on ITV back in 2016. As a result, much of the cast of the first two episodes were unable to return for the rest of the show’s six-episode first season. The need for a soft reboot creates a bit of a bumpy experience, as the show has to introduce new characters in episode three alongside ones who were barely developed themselves. Wagstaffe’s partner Josie Chancellor, played by Anjli Mohindra, stands out in particular as an interesting character who doesn’t get much time to shine.

The move from ITV to BritBox Original might suggest an effort to salvage a show that wouldn’t otherwise be worth airing on a major network, but Dark Heart’s narrative certainly seems better suited for a niche audience that wouldn’t be put off by the grim stories it wants to tell. It’s rough around the edges, but Riley delivers a strong enough performance to keep the viewer interested in seeing what happens to his character. The series isn’t likely to make enough waves to draw new subscribers to BritBox, but fans of the service will find Dark Heart worth checking out. Hopefully it won’t need another two years to find its rhythm.

« Omnipresent Is a Timely Commentary on the Temptations of Technology
Transgender Storytime: The Rules of Attraction »