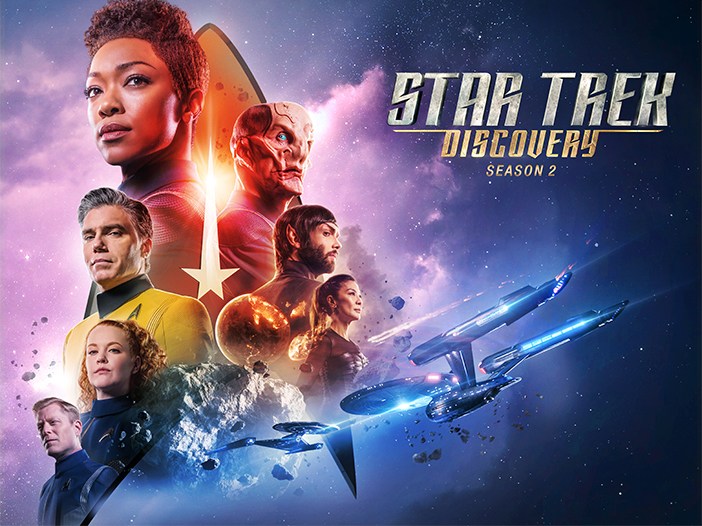 For a franchise that popularized the phrase, “where no man has gone before,” the past twenty years of Star Trek have seen a lot of familiar faces. The idea of Christopher Pike playing a prominent role both in the 2009 reboot film and season two of Discovery seems almost impossible to fathom after his unceremonious exit in the original series. While Captain Pike was intended to helm the Enterprise in the original pilot “The Cage,” which had its footage reused for the season one two-part episode “The Menagerie,” the character became a footnote in franchise lore for decades. That is, until Bruce Greenwood was called upon to play the character, now meant to be a mentor for a young James T. Kirk. Ten years later, Anson Mount has brought considerable depth to the man once intended to lead the franchise.

After a bumpy start, Star Trek: Discovery put together one of the strongest freshman seasons in the franchise. The serialized format played well to the cast’s strengths, allowing the characters to grow alongside the complex long-form storytelling full of twists and turns. The conclusion of the season-long Klingon War left the future for Discovery completely open, somewhat conflicted by the sight of the Enterprise in the finale. After a season building up a whole new cast, it seemed a little puzzling that the show would want to highlight characters who have been around for decades. Season two ran the risk of devolving into a literal TOS prequel rather than simply a show set before it.

Perhaps season two’s greatest achievement is the way it integrated Captain Pike onto the bridge of Discovery without taking away from the enjoyable dynamic already in place. He’s an asset to the crew, not a leader hell-bent on molding his subordinates in his own image. Pike feels like a natural part of the team and it’ll be sad to see him go, assuming the rumors about his departure at the end of the season are accurate.

Discovery is still very much Michael Burnham’s show. Sonequa Martin-Green has done a superb job this season in making sure Burnham still commands the stage in scenes opposite Starfleet higher-ups as well as her half-brother Spock, quite possibly the franchise’s most beloved character. As intriguing as the Red Queen is, the plotline is further accentuated by the personal weight it carries for the show’s leading character.

Season two makes use of the series’ talented guest cast, with characters like Admiral Cornwell and (Mirror) Captain Georgiou making extensive appearances, but the show is at its best when it focuses on its core cast. Episode four “An Obol for Charon,” showcased the relationship between Burnham and Saru, delivering an emotional payoff that was quite impressive for a show only in its second season. Characters like Ensign Tilly and Paul Stamets haven’t had as much time to shine this year, but actors Mary Wiseman and Anthony Rapp make the most of the time they’re given. The show has also gone out of its way to highlight background characters like Lieutenant Kayla Detmer and Airam, giving its bridge officers an additional sense of purpose.

Placing Spock at the heart of the narrative was a tricky proposition, but the show’s navigated the popular Vulcan quite well. Ethan Peck does a great job playing the character, putting his own spin on Spock while staying faithful to the spirit of Leonard Nimoy’s performance. The mood of the show is a bit different without the Klingon War, but the varying tone from episode to episode is refreshing from an audience standpoint, never quite sure what’s going to happen each week.

Season two uses fan favorite characters to bolster its strong cast without relying too heavily on the franchise’s existing lore. I don’t know how much Spock is too much Spock, but the show handles him with grace. Star Trek: Discovery has been consistently great at long-form storytelling. While I’d like a little more of the focus moving forward to be centered on Discovery-created characters, the show has proved adept at navigating whatever part of space it chooses to fly into.