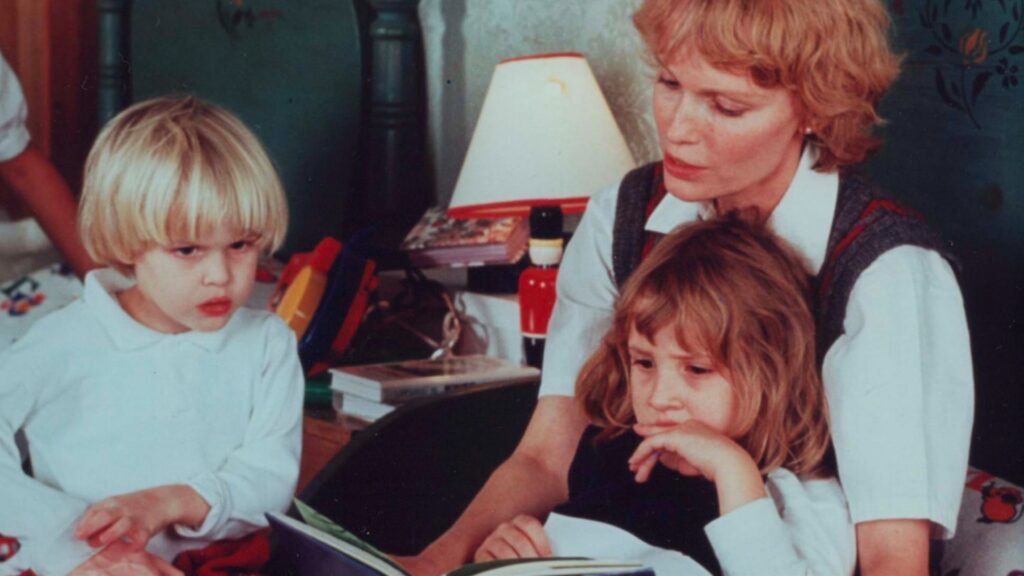 Woody Allen is one of the greatest film directors of all time, a man without peers in terms of his creative output and artistic genius. Allen’s films provide unparalleled perspectives on his often-neurotic subjects and their cities, most frequently New York, a sensation unlike any other in the craft. One could rave and rave about his talent for hours, reverence that masks the more painful reality that he is also a credibly accused child molester.

For years and years, the entertainment industry cared little for his victim, his adopted daughter, Dylan Farrow. Instead, Allen’s lawyers and PR machines cast dispersion on the accusations, instead pointing the finger at Mia Farrow, a woman acting out revenge through her seven-year-old child. It worked, at least until the #MeToo movement weighed down Allen’s cultural capital.

The new documentary Allen v. Farrow reexamines the case, giving Dylan Farrow a chance to set the record straight. Directors Kirby Dick and Amy Ziering offer a damning portrait of the climate that cast the accusations aside to continue idolizing a powerful director. With extensive interviews from Dylan, Mia, several other members of the Farrow family, and prosecutors involved with the case, the series recreates the horrific incident and its ugly aftermath.

The four part series covers quite a bit of ground, from Allen’s broader career, the Farrow family’s home life, and the ways the media helped kicked dirt over the accusations to move on with the show. Dick and Ziering produce some previously unexplored material, but their greater strength as filmmakers comes from the ways they refute the tactics used in Allen’s defense, particularly the handling of Dylan’s examination by the Child Sexual Abuse Clinic at Yale-New Haven Hospital. The New York Department of Social Services also received a fair share of criticism for the ways they stifled their own investigation.

Staunch Allen defenders will find little to like here. There are no interviews with Allen-friendly subjects, though the interviewees acknowledge Allen’s creative genius and merits as a father. Accounts from the Farrow children come across as surprisingly cordial toward a man who married one sibling, Soon-Yi Previn, and stands accused of molesting another. Dick and Ziering hardly go out of their way to paint Allen as a monster.

Allen, Previn, and Moses Farrow, who has defended his father in the past, all declined to be an interview. Instead, Dick and Ziering present Allen’s side of the story through archival recorded phone calls between Mia Farrow and Allen, and audiobook excerpts from Allen’s 2020 Apropos of Nothing. Whereas Dylan is specific and thoughtful with regard to her account of what happened, Allen comes across as flippant and dismissive.

Dick and Ziering force their audience to confront the spin that’s been applied to this case over the decades, revealing a deep obfuscation of truth. Woody Allen is practically synonymous with the city of New York. Those who defend his actions throughout the case do so with a willingness to cast aside the many derelictions of duty. Whether you believe Dylan or not, it’s hard to deny the ways that those in power sought to defend Allen at every turn.

For her part, Allen v. Farrow frequently comes across as Dylan’s effort to turn the page. The series examines the sins of the past with a hopeful eye toward the future. There can’t really be justice in any meaningful sense for the decades of willful ignorance by many in the mainstream media, but Dylan reinforces the gains of the #MeToo movement through her willingness to grapple with the industry’s long-unanswered sin.

While Dylan expresses gratitude to the many actors who have expressed solidarity over the past few years, this area is perhaps one where Dick and Ziering may have benefited from a bit of distance between their work and their subject. Part of the series exposes the power of Hollywood publicists to frame narratives on behalf of their clients. Allen’s defense required a fair degree of media complicity over the years, namely in service to his ability to produce Oscar-caliber films.

Dick and Ziering largely decline to pursue the obvious opportunism to be found in the timing of Hollywood’s eventual reckoning with Woody Allen. While critical of Allen defenders over the years including Adrien Brody, Scarlett Johannsson, and Javier Bardem, the series gives a somewhat undeserved pass to the actors who recently expressed regret for working with the man. There’s little bravery to be found in the renunciation of Allen after it became blatantly clear that starring in his films would no longer automatically thrust one into award contention.

How one chooses to engage with the Allen accusations largely reflects one’s willingness to engage with basic reality. Dick and Ziering understand this basic truth quite well, acknowledging humanity’s difficulty with relinquishing trust when can one simply choose not to. People chose to ignore Dylan out of a weird reverence for Allen and his brilliance. The media made it very easy to cast the accusations aside so that the show could go on.

Allen v. Farrow is Dylan’s story, but it’s also an illuminating case study for how society deals with problematic artists. One can accept and acknowledge Allen’s sheer force of nature within the film industry without turning a blind eye to the ugliness of his character. One can enjoy his work while still acknowledging that he is at the very least, a pretty morally bankrupt individual.

Bad people can make great art. Our culture as a whole hardly benefits from ignoring such quandaries. We lose a bit of ourselves when we defend the indefensible.

The entire four-episode series was screened for review

« Star Trek: The Next Generation – “Skin of Evil”
Wandavision »