Sundance Review: How It Ends 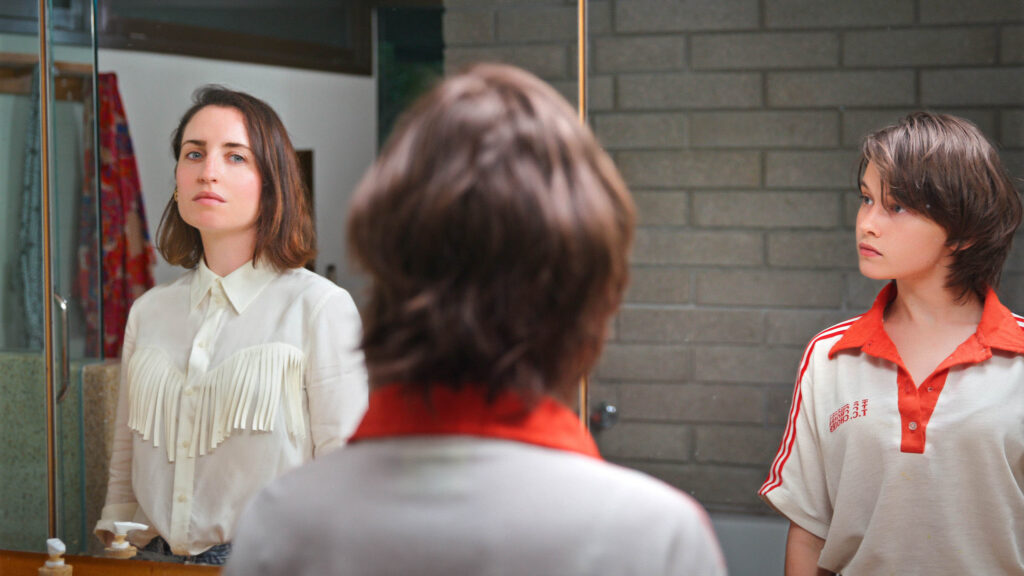 The COVID-19 era of filmmaking will largely be defined by the countless delays in releases or the many blockbusters forced to abandon theatrical releases, rather than the works produced during this awful period in practically everyone’s life. Shot in against a quiet, dreamy Los Angeles backdrop, How It Ends brings some levity to this hellish timeline.

Using an impending meteor crash as a COVID stand-in, the film follows Liza (Zoe Lister-Jones) as she treks around LA, meeting quirky people and gradually accepting the end of her life in just a few hours. Accompanying her for the ride is a metaphysical version of her younger self (Cailee Spaeny), mostly there to provide perspective for some of her life decisions.

The narrative is mostly comprised of a series of socially distanced vignettes as the Liza’s walk through a deserted LA. The apocalyptic setting is captured quite well, bringing about those random interactions that seem increasingly scarce in this strange era. A never-ending stream of veteran comedy actors including Fred Armisen, Lamorne Morris, Charlie Day, and Whitney Cummings provide plenty of entertainment, even as some land better than others.

Directed by Lister-Jones and Daryl Wein, How It Ends leads a nonstop charm offensive that manages to pack in a healthy degree of sincerity toward its bleak subject matter. Regrets are bound to be on anyone’s mind. The film engages the concept of closure, particularly in heavier scenes with Olivia Wilde and Helen Hunt, never losing sight of the reality that time, particularly borrowed times, only moves in one speedy direction.

The film’s crowning achievement might be the way it makes you miss meeting people, if only for a moment. You gain a new appreciation for the random stranger on the street who strikes up a conversation, maybe out of loneliness or maybe because they think they have something to share with the world. COVID has changed the way we connect to each other, giving added weight to How It Ends’ random conversations.

It may be a bit unfair to label the film as a vanity project, but the script isn’t quite strong enough to skirt those notions, particularly in the third act. The film waits too long to pivot away from vignettes toward its deeper plot obligations, exacerbated by the diminishing returns from the comedy that increasingly feels like improv as the film progresses. How It Ends certainly carries the aura of the early pandemic, when celebrities broadcasted messages of “solidarity” from their Hollywood mansions.

There are definitely times where the film feels like the cinematic equivalent of Gal Gadot’s infamous “Imagine” video, cringeworthy feel-good vibes from bored millionaires unable to see how out of touch their look from behind their manicured hedges. It is a deeply privileged narrative that exudes the avoidable smugness of its intentions by never really trying to convince the audience that the film exists as anything more than a project to cure pandemic boredom.

Despite all of that, How It Ends is an undeniably charming movie saved by the chemistry between Lister-Jones and Spaeny. When film historians inevitably study this era, assuming we survive this mess, this film will provide a valuable tool for exploring the state of popular culture, especially some of its flaws. The script definitely needed more time in the oven, but Lister-Jones and Wein deserve a lot of credit for the way they crafted a feel-good narrative that entertains in spite of its flaws.

how it ends sundance