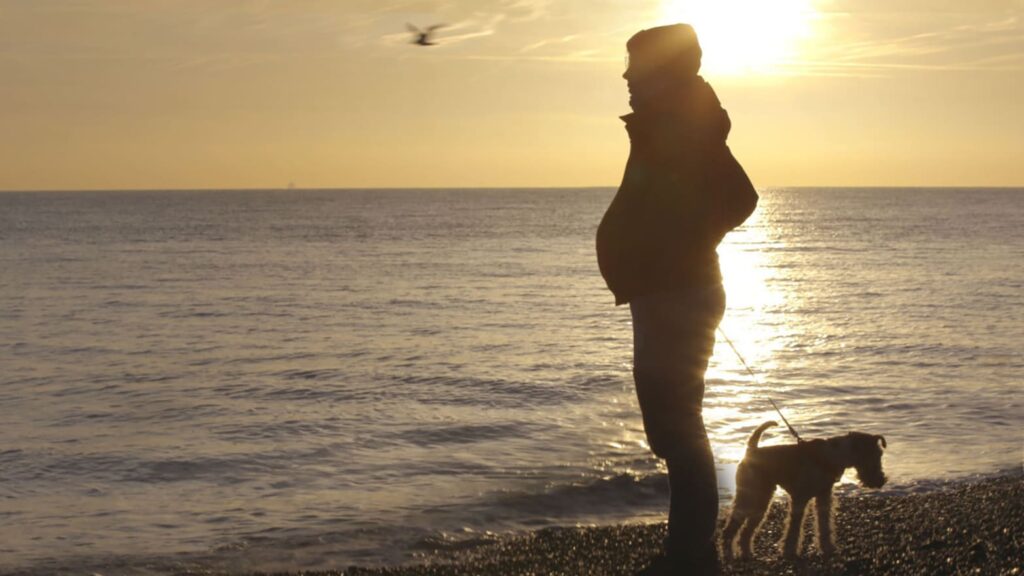 It would be nice to live in a world where news like Freddy McConnell’s pregnancy wouldn’t make international headlines, leading to a cascade of unfortunate headlines seeking to sensationalize his person life. McConnell, a British transgender man who gave birth to a son in 2018, is an affable individual who understandably shies away from the kind of cringeworthy tabloid coverage that follows him around. Seahorse: The Dad Who Gave Birth seeks to tell his intimate story.

Director Jeanie Finlay captures extensive footage from McConnell’s entire pregnancy. The film does a great job explaining the unique challenges the process presents to trans men. Being off of hormones for any extended period of time is an incredibly taxing endeavor, something that McConnell handles with grace.

The artificial insemination procedures aren’t very different for trans men as for cisgender women, a reality that Finlay highlights quite well. Seahorse presents a refreshingly sober look at pregnancy, a soft-spoken effort to tone down the rhetoric surrounding transgender issues. Much of the film is pretty mundane stuff, but that’s also kind of the point. McConnell isn’t a radical figure. He’s a man who wants a family.

Seahorse does at times struggle with presenting a narrative. Much of the film’s first act centers around McConnell’s relationship with CJ, a masculine-presenting non-binary person, who was initially supposed to co-parent McConnell’s child. CJ exits the narrative early on, leaving Freddy on his own, though with support from his mother among other people.

At a certain point, Finlay stops trying to organize the steps of McConnell’s pregnancy into a cohesive story. The third act suffers from a few meandering sequences that don’t serve any broader narrative. Mundane might be the point, but it’s gets a bit tedious after a while.

Seahorse would likely have benefited from Finlay taking a broader approach to the subject. A quick Google search shows the especially toxic media environment in the UK toward transgender people. None of this is covered in the film, perhaps a missed opportunity to provide some broader context to the audience.

For his part, McConnell expresses a desire to be away from the media spotlight late in the film, a peculiar position for the subject of a documentary to be in. Finlay keeps some understandable distance toward a subject going through an emotionally taxing journey with minimal external support. It is McConnell’s journey more than than that of pregnant transgender men as a whole, a tricky tightrope that many narratives focused on marginalized groups must walk.

Seahorse is a very good film that handles its sensitive subject material with great care. There is the sense that there is plenty left on the table with regard to the subject matter. Perhaps another documentary with broader intentions to capture transphobia in Britain can expand on these themes, but if Seahorse succeeds in its primary objective, the thought might not be there to make another film on this topic.