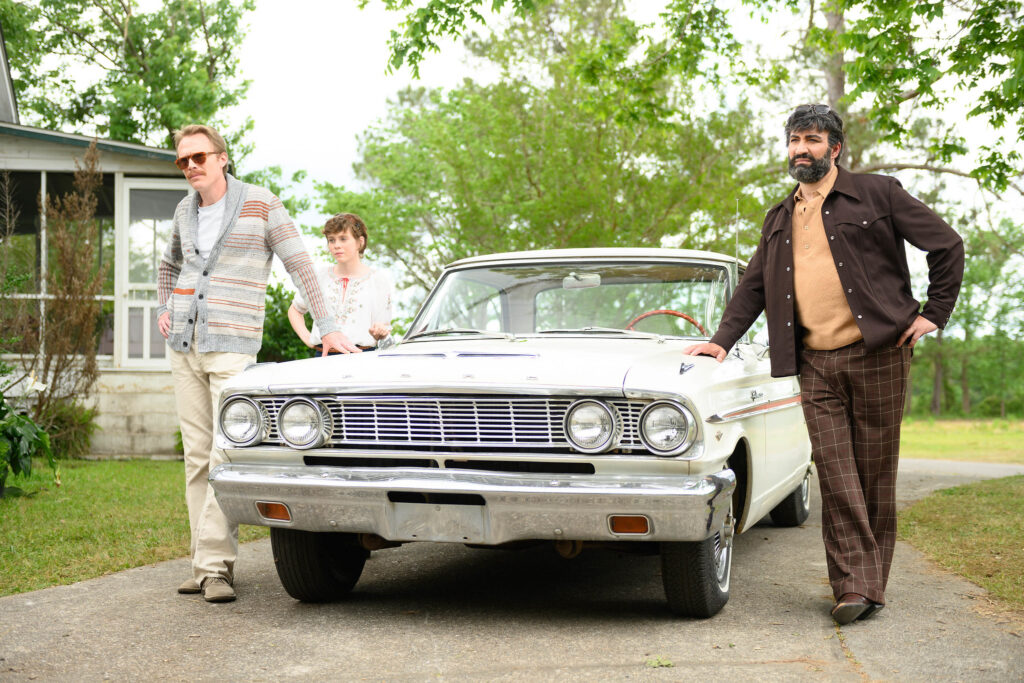 Gay movies are often pretty sad. Gay history is often pretty depressing stuff, full of people who were persecuted for the crime of loving another individual. American culture has largely moved past the darkest era, though LGBTQ equality is far from complete, leaving a complicated legacy for filmmakers to approach.

As a period piece set in the 70s, Uncle Frank is a film that takes place long before gay people had anything resembling human rights. To make matters worse for its title character, growing up in rural South Carolina set the clock back even further. Even to this day, LGBTQ people are forced to consider whether coming out will destroy any chance at prosperity.

The film splits its time between dual protagonists. Frank (Paul Bettany) is a professor at NYU, living a happy, fairly normal life with his boyfriend Wally (Peter Macdissi). Much of the narrative is told through the perspective of Frank’s niece Beth (Sophia Lillis), a freshman at the university who Frank rescued from a small-town fate she was hardly destined for. To Beth, Frank is just about the only relative who understands her.

Writer and director Alan Ball has been immersed in gay storytelling for decades, possessing a keen ability to break subtle new ground in the genre. Six Feet Under portrayed its gay characters with dignity and grace long before most TV shows felt comfortable in their terrain. With Uncle Frank, Ball plays quite a bit of revisionist history, but the approach works pretty well.

Gay people deserve happy stories. Uncle Frank isn’t a narrative concerned with misery, though there’s plenty of it to go around. Bettany plays Frank with a chip on his shoulder, a kind man hardened by the cruel world around him. Macdissi is a force of nature as Wally, an utterly ridiculous character for the 1970s. Wally comes from Saudia Arabia, though he possesses a progressive sense of goodwill straight out of the 2010s. Wally’s charm is infectious, well worth the required suspension of disbelief.

The film occasionally stumbles through its narrative, a second act that circles the runway a bit too long while waiting for its ending. The source of Frank’s demons is a bit predictable. Ball is also often unsure what to do with Beth for large chunks of the second half.

Margo Martindale basically saves the film with a touching performance as Frank’s mother. Uncle Frank functions mostly as a period piece that ignores the history it doesn’t want to touch, a heartwarming narrative for gay people who want to move on from the past. The film succeeds most when it reminds its audience of the ways that people can surprise you even when you think you’ve got them figured out.

By no means a perfect journey, Uncle Frank is a powerful tear-jerker. LGBTQ people are too often forced to live our lives in fear of losing a basic sense of acceptance. Ball’s film unabashedly celebrates the joys of being out. It’s a little far-fetched, but a narrative fitting for a group of people who don’t get to see the pleasure of being gay reflected on screen very much.