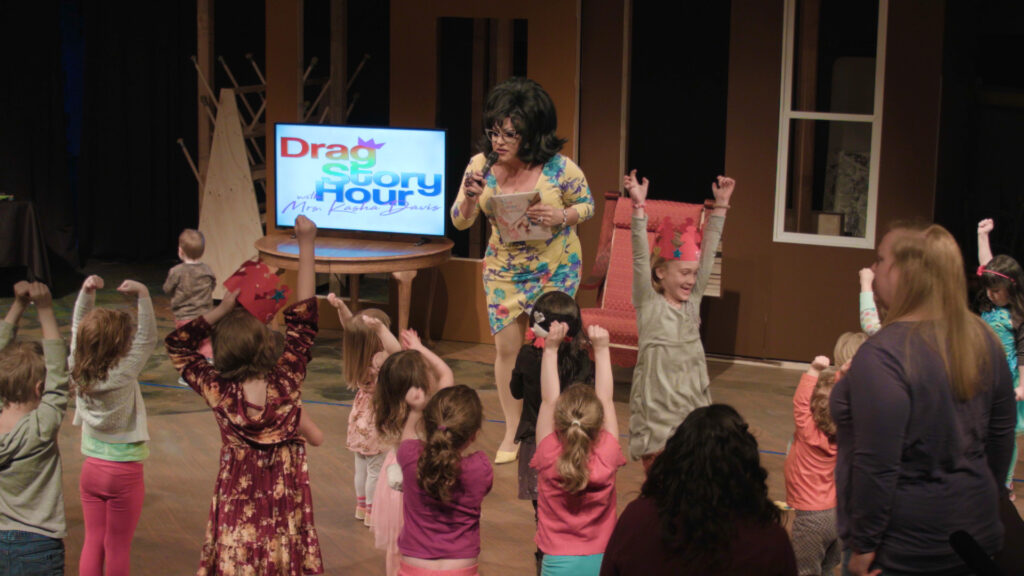 Reality television produces tons of memorable personalities, figures who dominate internet discourse, if only for a moment. Ru Paul’s Drag Race is a bit of an anomaly in this regard. Stars of shows like Big Brother or Survivor shine bright and fade fast, but a queen can parlay their sashay into something bigger. Careers are made where others find mere minutes of fame.

Ed Popil has been a drag queen for a long time. His persona, Mrs. Kasha Davis, embodies the warm spirit of a 1950s housewife without any of the regressive views of the era. Based in Rochester, New York, Mrs. Kasha Davis fits right in with her small-town community, a stark contrast to the wild nature of the LGBTQ scene in places like Los Angeles or San Francisco.

After many years of audition tapes, Mrs. Kasha Davis competed in season seven of Drag Race. She finished 11th out of 14, hardly the kind of performance that leaves much of an impression in the crowded TV landscape. The film Workhorse Queen follows Davis’ career and life’s story, shedding some light on the unique power that Drag Race has to create lasting figures in American popular culture.

Director Angela Washko peels back the layers of Popil’s story alongside Mrs. Kasha Davis’ rise. There’s a powerful contrast on display between the family-style homophobia that too many gay people have had to face and the way in which Ru Paul’s Drag Race has made LGBTQ mainstream, bringing along with it a greater sense of acceptance. Families who once might have shunned gay children now watch Drag Race alongside them.

Popil makes for a compelling subject, warm and open about his struggles with alcohol and the challenges of igniting a career from the fleeting embers of reality television. Drag brings people together across all demographics and backgrounds, but staying power in the industry is challenging to maintain. Mrs. Kasha Davis has had plenty of bumps in the road, but there’s great power in her story of resiliency.

Washko also explores the contrast between the LGBTQ culture of Popil’s earlier life to the mainstream popularity enjoyed by our community in the present. Normalization is great for many reasons, except for the performers who proudly fly their freak flag. What was once underground is now fodder for dinner table conversations across the country.

Workhorse Queen also tackles the complex subject of ageism within the drag community, further shining a light on the stark contrast between past and future. For all the positive vibes that increased visibility brings, it’s still a bit disheartening to see pioneers who paved the way for LGBTQ acceptance cast aside for the next generation. There aren’t easy answers here, but Mrs. Kasha Davis inspires through her endless perseverance and charm, an entertaining entry into the LGBTQ film canon.

Slamdance 2021 coverage continues! We are thrilled to welcome Angela Washko and Mrs. Kasha Davis, director and star of the new documentary Workhorse Queen. The film follows Mrs. Kasha Davis’ journey from small-town drag queen all the way to Ru Paul’s Drag Race, where she competed in season seven. Angela & Mrs. Kasha Davis (Ed Popil) talk about the evolution of drag, their experiences making the film, and what mainstream visibility means for the LGBTQ community.

Ian’s review of the film: https://ianthomasmalone.com/2021/02/slamdance-series-workhorse-queen/

Slamdance tickets are on sale now for $10, which you can purchase here: https://slamdance.com/festival-passes/