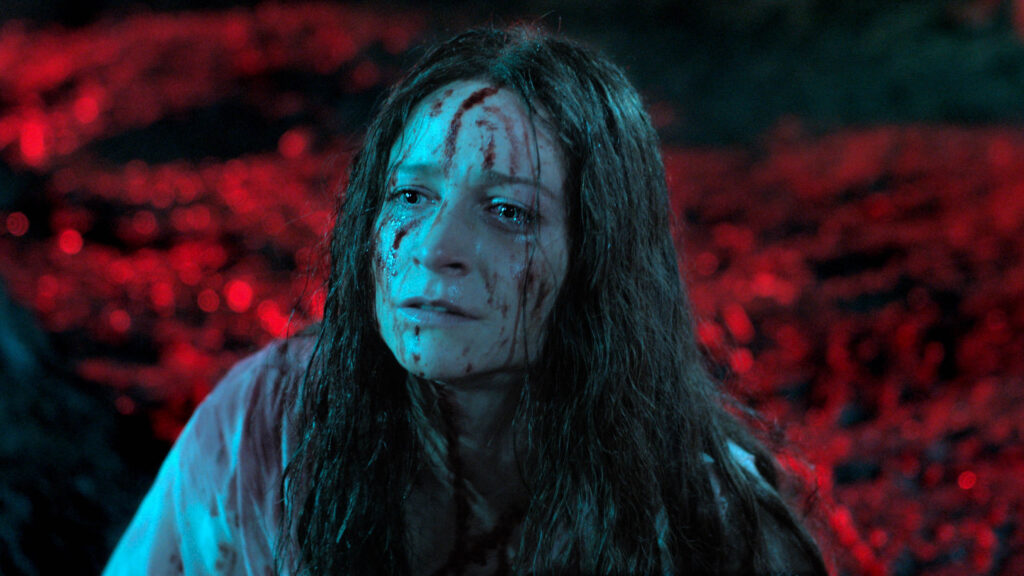 Niamh Algar appears in Censor by Prano Bailey-Bond, an official selection of the Midnight section at the 2021 Sundance Film Festival. Courtesy of Sundance Institute.

For all the talk of censorship and “cancel culture” in this modern age, previous eras had a much firmer ability to shape public consumption. Set in Britain during the 1980s, a time when Margaret Thatcher ruled over the standards of public decency, the film Censor explores the toll inflicted upon those trusted to determine what material is fit to watch.

Enid (Niamh Algar) works as a film censor, presiding over reels of horror movies ripe for the burgeoning VHS market. Her work is woefully depressing, serving as the vanguard against scene after scene of tasteless violence. It is a somewhat amusing notion that people back then were concerned about the effects of repeat viewings of such abominations by the youth of England.

For the ones tasked with making the determination of what’s suitable for the masses, the gore takes its toll after a while. Algar does a great job conveying that turmoil, leading Enid on a downward slope throughout the narrative. The decay is so convincing that you’re never really left wondering why she wouldn’t just quit. The edge of oblivion is an invisible cliff.

Director Prano Bailey-Bond showcases her impressive command of the craft in her debut feature. The sets are wonderfully exquisite, particularly in the third act. The lighting throughout the film perfectly captures the mood that each scene is trying to convey. From a technical standpoint, Censor gives the eyes plenty to marvel at.

Trouble is, the story starts to lose steam pretty quickly into the eighty-four minute runtime. The second act is a mess, muddling the narrative without any clear sense of purpose. The film does rebound a bit in the third act, which has a few entertaining sequences, but the whole thing never really comes together.

For all the ways Bailey-Bond nailed the period aesthetic, she spends a fair bit of time at the beginning on broader cultural exposition that doesn’t really matter as the narrative progresses. She also hints at a bit more of an ensemble dynamic early on that ends up not being the case. Algar works well opposite Michael Smiley for a bit, but she’s left on her own to carry the film for large chunks.

Censor is a visually stunning film that’s dragged down by an incohesive narrative. There are too many ideas left unexplored to make for a compelling experience. Bailey-Bond has a lot of skill as a director, but the story just doesn’t work. Fans of horror might find much to appreciate in the aesthetic, but the material feels too comfortable emulating the b-movie fare it attempts to subvert.