CRSHD has nothing to say 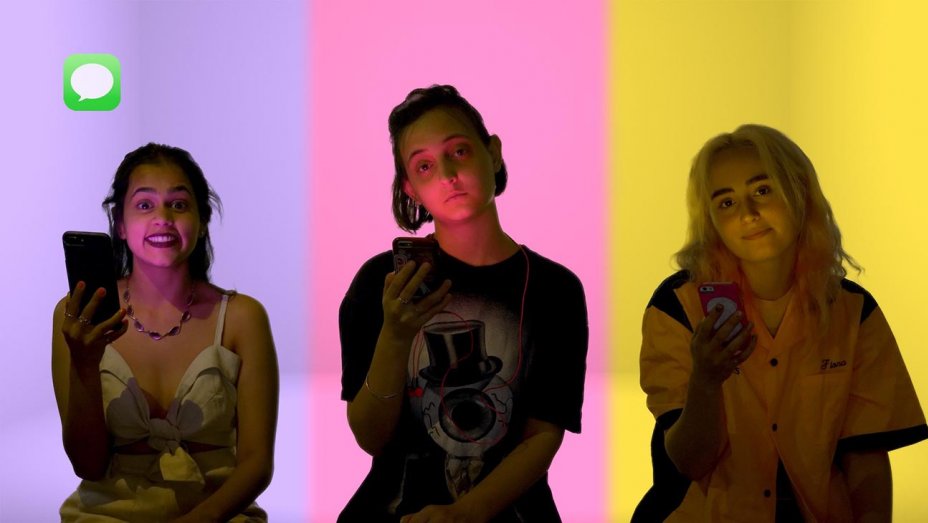 College is an experience that constantly requires one to step outside their comfort zone. Trying new things is important, within moderation. That advice is not particularly helpful when it comes to certain perceived rights of passage for students, such as deciding when, or how, to lose one’s virginity.

CRSHD is mostly a film about that cringe-inducing time in young people’s lives. Faced with the end of the semester, Izzy (Isabelle Barber) sees an upcoming “crush party” (sort of like a real life Tinder gathering of people who have already swiped right) as a prime opportunity to do the deed. Izzy plays mostly as a stock character for these sorts of narratives, an awkward girl envious of the ease with which the “popular” girls glide through life.

Existing in the social media age, CRSHD includes many sequences that try to re-enact social media onscreen. Director/writer Emily Cohn handles the aesthetics of these cutaways well, using lighting and animation to depict lively text message conversations. It’s a cute way of framing the narrative, at least for a little while.

The problem with CRSHD lies mostly with its substance. Cohn has nothing new or interesting to say about college life, an anemic narrative riddled with clichés. The text message conversations hint at stereotypes about our hyper-focused digital age, but there’s nothing compelling about Cohn’s findings. For the most part, this film essentially states the obvious.

There are large sections of the film that could function without dialogue. Part of that is a testament to Cohn’s ability to frame scenes, albeit underlying the problems with the screenplay. For better or for worse, you could watch most of the movie on mute and still understand what’s going on.

The acting is pretty serviceable. Barber does an okay job in the lead role, albeit failing to give the audience much of a reason to care about Izzy. Her emotional range extends from indifference to mild sadness, hardly compelling territory for a lead. Deeksha Ketkar and Sadie Scott fare a bit better as Izzy’s friends, but Cohn doesn’t give them much material to work with.

CRSHD doesn’t necessarily need to win tons of points on the originality front. The college genre tends to recycle a lot of the same themes. Freshman year in particular is an awkward time for many, defined by constant doubt over practically every decision.

The trouble with Cohn’s work here is that she’s never quite sure which direction she wants to go, or what she wants to say about this period of college life. There are a lot of minor subplots that take up time, pleasant enough to watch, but don’t really add anything to the broader story. That wouldn’t be much of a problem if the whole experience wasn’t so very bland.

CRSHD is practically impossible to recommend, except maybe to current college kids who are wishing they were back at school. Ninety minutes with this narrative might squash one’s longing a bit. There are pieces of a better movie here and there, but Cohn never pieced them together into something worth watching.