Quezon’s Game Makes a Mess out of an Inspiring Story 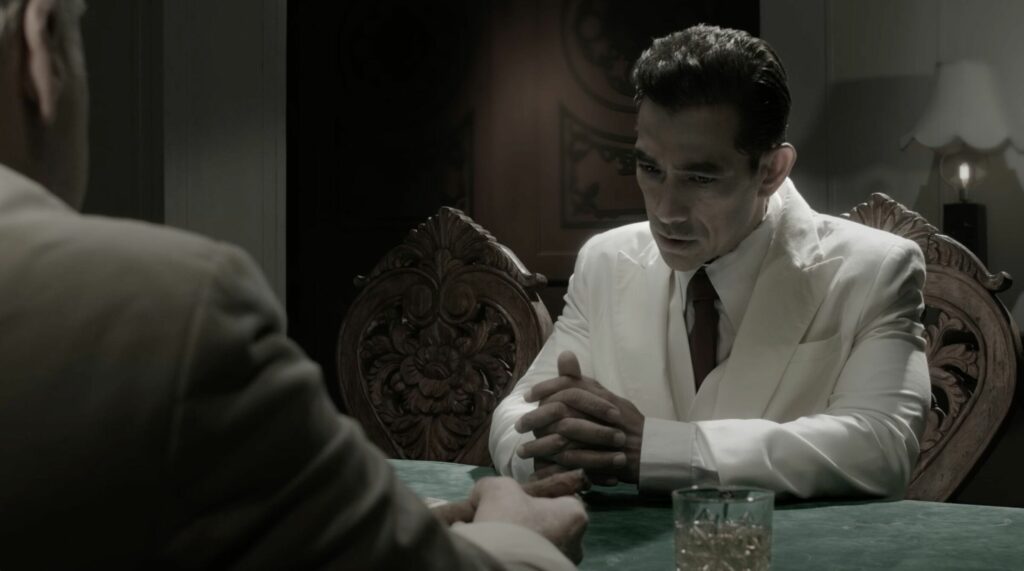 Manuel Quezon was the rare kind of politician, hellbent on pursuing what he believed was right against overwhelming opposition. As the second president of the Philippines, Quezon was tasked with leading a government in turmoil as World War II approached. Recognizing the threat that the Jewish people faced from Hitler, he attempted to relocate tens of thousands of refugees to the Philippines at a time when too many politicians did nothing.

The film Quezon’s Game centers around the president’s efforts to save as many Jewish refugees as possible. The true story beyond Quezon is a compelling one that deserves to be told. Unfortunately, the film doesn’t do it justice.

The lead acting is the film’s strongest asset. Raymond Bagatsing brings nuance to Quezon, a believable politician. As his wife Aurora, Rachel Alejandro represents the film’s emotional core, drawing out the best in her husband. The scenes between the two supply most of the film’s best moments.

Sadly, the same can’t be said for the film’s supporting cast. Lines are awkward delivered from actors who often look lost in the scenes. Often, the cast seem to deliver their expressions well after speaking, a disconnect that could be forgiven in a community theatre production, but hardly from a feature film.

The script is absolutely atrocious. Heaps of exposition are dumped on the audience all at once. For a film based on a true story, the characters often talk as if they possess a retrospective knowledge of the events they’re supposed to be portraying in real time. There’s very little flow to this film.

While it’s hard to put too much blame on the film’s understandably small budget, director Matthew Rosen has a way of exacerbating this situation. Many of the scenes are shot in buildings with impressive architecture, but the cameras remain zoomed in on the actors, preventing the audience from examining the interesting sets. This dynamic continues for practically the whole film. The lighting also carries the feel of a soap opera, dim and dreary.

With a runtime of over two hours, Quezon’s Game is simply too long for its own good. There’s a lot of scenes that don’t really add anything to the narrative, and there’s too many of people sitting around a table having the same conversations. This wouldn’t be a big deal if the film had a good script or decent actors, but Rosen has a knack for drawing attention to his film’s shortcomings.

Quezon’s Game is an inspiring story with strong lead performances undermined by a weak script, a mediocre supporting cast, and a bloated runtime. The film is a real shame considering its powerful narrative. Manuel Quezon is a very inspiring figure. His legacy deserves a much better film.

« The Peaches of Renly Baratheon
Slamdance Review: Beware of Dog »