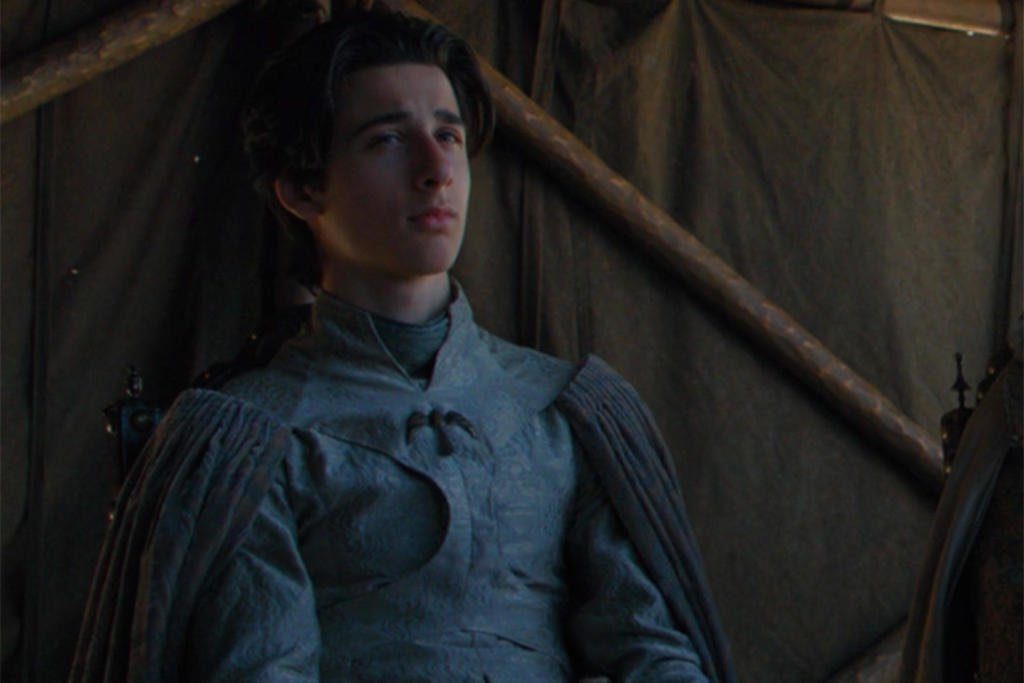 The difficulty in pulling off a successful television finale largely boils down to the struggle to present a conclusion that fits in line with the show’s original ethos as well as its natural evolution along the way. Game of Thrones is in the extremely rare position of having been based off source material that itself hasn’t concluded yet, plotting its own course for the past few years. Somehow, a conclusion needed to honor George R.R. Martin’s original vision while still providing a sense of narrative closure for all the ways its deviated from the books. On both fronts, it sort of succeeds.

Bran is king. Does that make sense? Sort of, if you try not to think about it. Philosophers have long grappled with the idea of a philosopher king, a ruler who draws his/her effectiveness through a lack of desire to actually possess power. Trouble is, it’s exceedingly difficult to find one of those people. Bran himself hardly fits the bill.

I’ve tried long and hard throughout these recaps not to excessively pontificate on Bran’s powers. We know he knows a lot of things, but he’s been quite selective in what he chooses to reveal to the others. He helped planned the strategy against the Night King, but did absolutely nothing to warn anyone that Daenerys was planning to burn King’s Landing. Only one of those events posed a true existential threat to his power.

Now, maybe he didn’t bother to look at King’s Landing. We don’t know, but that’s because the show decided not to tell us. It’s fair to wonder what Bran’s motives are. For the entire season, it didn’t seem all that clear. Maybe he’s just as corrupt as the worst of them.

Daenerys’ death makes sense from the perspective of needing to wrap up the series. Trouble is, the show spent parts of the first four episodes building up a fight between Dany and Sansa that never really mattered. Jon killed her. Maybe Sansa’s feud with her played a part in that, but it definitely didn’t need to, what with the whole burning innocents situation and Jon’s chat with Tyrion.

The show treated Dany as a protagonist for all these years, only to pivot toward the idea that she was a narrative nuisance that needed to be dealt with before things could be wrapped up two episodes before the show ended. Two episodes are hardly enough time to present a compelling case that such a major part of the story was now suddenly a horrible monster that should be stabbed before she even got a chance to sit in that chair she’d coveted for most of her life.

Kudos to Drogon for understanding all the symbolism in the Iron Throne enough to see the importance in burning it down.

Why did the other kingdoms accept Bran as ruler while the North kept its independence? Why did we need a king? Obviously wheels can’t be broken overnight, but the show never really sold its audience on the idea that the realm needed to stay together. Dorne, which treasured its independence perhaps more so than any other region, doesn’t have any reason to accept Bran.

Seeing Edmure Tully and Robin Arryn again was fun. I liked how the show attempted to portray the Seven Kingdoms again after years of only focusing on a few of the Great Houses, but their meeting felt a bit too condensed for the scope it was aiming for.

Sansa has probably never met Edmure. The scene where she told him to sit down was fun, but they definitely don’t have any sense of familial relationship. Oddly enough, she never even spoke to cousin Robin, who she spent a bit of time with back in season five.

Jon gets sent back to the Wall, a throwback to what almost happened to Jaime when he killed a Targaryen monarch in the throne room. A fitting end for a boring character, even if we have no idea who controls the Wall, or why they even need one in a post-White Walkers world. Glad he got to finally pet Ghost.

Brienne becoming Lord Commander was a pretty great moment, though I don’t envy a life spent listening to Bran’s nonsense. The scene where she writes Jaime’s name in the White Book, which records all members of the Kingsguard, was sort of touching, except for the fact that Jaime hasn’t been Lord Commander for a while. The show never really invested in him caring about the Kingsguard in the way that the books did, especially in A Feast for Crows.

Eye roll for Bronn as Master of Coin. Why would the Reach accept him as ruler of Highgarden?

Sam is a maester now I guess. Why does he get to leave the Night’s Watch? Does anyone care?

Sansa gets to be the ruler we all knew she was capable of becoming. I just wish she could have been ruler of Westeros, not just the North. Would have made a much better queen than her odious brother.

I hope Bran wrote a nice thank you note to Meera Reed for being by his side all those years, only to be cast aside right at the end of season seven. The way that all played out has me wondering if D&D knew what would happen to Bran. Between that and taking over Hodor’s body all those times, he really doesn’t look all sympathetic.

Arya’s journey would make for a great spinoff. I found her ending to be the most satisfying of all the characters, a great callback to the season four finale where she set sail for Essos. She didn’t get a ton to do this season, but the final moment between the Stark children and their Targaryen cousin Aegon was very touching.

Finales are tough. Few are great, many are terrible, plenty are polarizing, and more than a few fall flat. In terms of being divisive, the Game of Thrones finale seems to occupy the space between Lost and The Sopranos, not quite in the realm of outlandish but certainly not fully satisfying either. Definitely one of those finales that will take some time to sink in. I didn’t love it, but I’m open to the idea of that changing down the road.

That’s it for this week, but there’s still some Thrones content to come. I’ll have my full season review next week, along with the recap podcast tomorrow. To all of you who have read these recaps over the years, thank you. It’s been a pleasure.