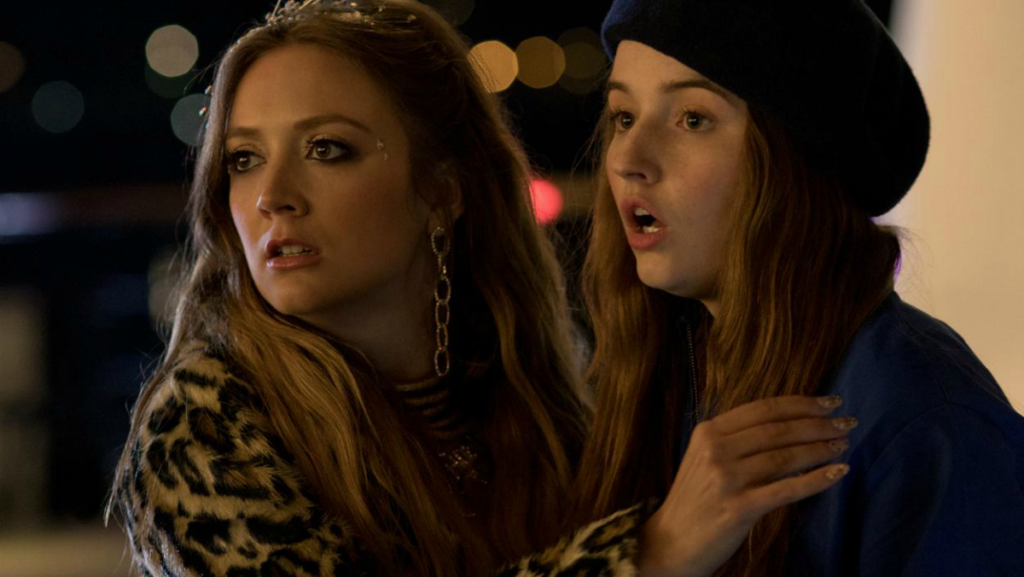 High school graduation presents the template for a rite of passage, the informal end of childhood. The uncertainty of college life without all of one’s childhood friends is scary, a disruption of the long-held status quo. The occasion is ripe for adaptation because it provides America’s youth with a unifying sense of journey, something most of us who grew up in this country have commonly experienced.

Booksmart is a film about accepting change. Amy and Molly are two childhood friends who have done just about everything together, putting their broader social lives aside to encourage each other to pursue academic excellence. Such persistence pays off on the college admissions front, but the high school experience cannot be measured in grades alone. The night before graduation the two set out to hit one last milestone, to attend a high school party.

The highlight of the film is without a doubt the natural chemistry between lead actresses Kaitlyn Dever and Beanie Feldstein. The two are perfect together, presenting the kind of relationship right off that bat that most television shows would need a full season to establish. The ease with which their friendship permeates through the screen accentuates the narrative’s emotional resonance, making it easy for the audience to see themselves at the heart of the film’s conflict.

Olivia Wilde puts forth a strong showing behind the camera in her directorial debut, often framing her scenes in a way that brings out the subtleties in her actors’ performances. Like many adaptations of high school, Booksmart presents a fairly absurd depiction of adolescent life where students live out their wildest Snapchat fantasies, but Wilde keeps even her most outlandish scenes grounded in relatable drama. There are many laugh out loud moments, but the script ensures a certain emotional staying power beyond the humor.

The film takes a careful approach to LGBTQ issues. Amy is gay, a trait that isn’t treated as a point of debate or amusement by any of the other characters. Her storyline has its cringe-worthy moments, but those are crafted out of the awkward nature of adolescence rather than as a product of her sexuality. Amy is treated just like any other character, something that might seem weird to point out if it weren’t for the fact that so few similar depictions of LGBTQ youth exist in American cinema.

For a film that takes place over a twenty-four-hour window, Booksmart does an excellent job in presenting its characters as fully fleshed out individuals, even its rather extensive supporting cast. Billie Lourd and Skylar Gisondo, in particular, portray gag characters that still have depth beyond the humor they’re ostensibly around to provide. High school films can often get by on the sheer reliability of their narratives, but Booksmart stands out for its extensive investment in the journey of its subjects.

Booksmart manages to be the funniest high school comedy in years while never losing sight of its powerful emotional core. Olivia Wilde’s first feature film as a director is a powerful showcase of her talents. Few films are capable of making an audience cringe in one moment and cry in the next, but Booksmart possesses a firm grasp of the messy, often hilarious nature of growing up.

previous post What We Left Behind Is a Heartfelt Tribute to Star Trek: Deep Space Nine
next post Game of Thrones Season 8 Recap: Episode 6
Back to top
mobile desktop