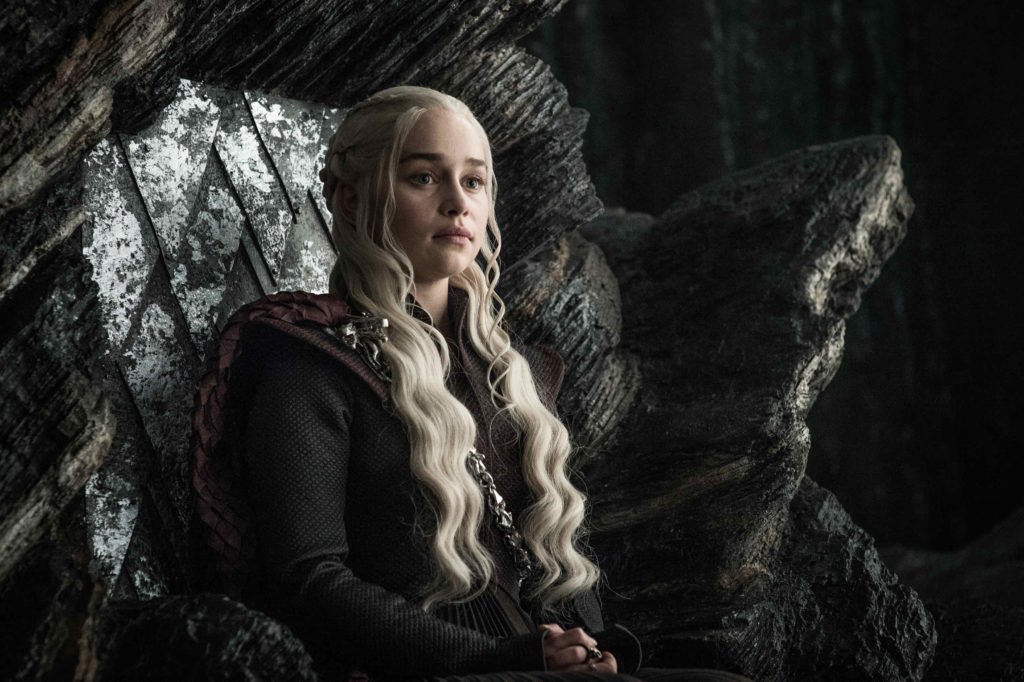 Jon and Dany’s first meeting has been one of the most anticipated moments of the series. It isn’t really one of those scenarios that can “deliver” on the hype, as we can’t really expect anything major to happen immediately on the beaches of Dragonstone. Some table setting was certainly in order.

It’s almost as if season two never happened. Davos mentioned being on opposite sides of the Battle of the Blackwater, but not that Tyrion’s wildfire killed his son (multiple sons in the books). You may have forgotten that Davos even had a son, or that Varys once explained to Tyrion that he’s not a huge fan of the Lord of Light. While the Spider wasn’t exactly warm to Melisandre, he didn’t try to pick her brain either. At least the show mentioned Tyrion’s marriage to Sansa!

Also, how is Melisandre going to get to Volantis? Varys’ magic boat? Does Westerosi Uber pick up from Dragonstone?

Varys does know that Ned knew about Robert’s assassination attempt on Dany. He threatened to resign as Hand over it. I doubt this will come up later, and I don’t see what it would change, but worth mentioning.

Marriage used to be a very helpful tool in sealing alliances. While Targaryens are known for marrying each other, Dany is the last of the line. Logic would tell us that the next best suitor would be head of one of the Seven Kingdoms. Of those, two are basically extinct (Baratheon, Tully), two and a half are already allied with her cause (Tyrell, Martell, half of Greyjoy), and one and a half are surefire enemies (Lannister, the other half of Greyjoy). That leaves us with Jon and everyone’s favorite forgotten lord, Sweetrobin of House Arryn, whose troops are sort of allied with Jon.

No one suggested that Dany propose a marriage pact with Jon, her only viable suitor who isn’t a sickly young boy. I get that some people might think it’s gross because Dany is Jon’s aunt, but they don’t know that. Targaryens also don’t really care about incest (certainly not the only ones in Westeros). That would be a really simple fix to everyone’s problems. But no. That would require logic.

The rest of their meeting was fine and all. It was nice to see Tyrion and Jon interacting again. I don’t expect that the two would get married immediately, or even at all. It seems quite irresponsible of Tyrion, Davos, and Varys to not even float the idea around.

Also, Davos’ speech endorsing Jon was great and all, but paled in comparison to Davos’ legendary Stannis speech in Braavos back in season four.

Ellaria Sand is a problematic character. She’s had very limited screen time, creating few opportunities to endear her to the audience. She’s killed Doran Martell, Areo Hotah, and Myrcella Baratheon in cold blood. She is boring. Why should anyone care what Cersei does to this horrible character?

Cersei’s one redeeming quality, at least in the books, has always been her genuine love of her children. Cruel Cersei was mostly on display this episode in killed Tyene Sand, but why is the viewer supposed to care? The show never gave us a reason to. One can look at outside morality to judge Cersei, but we’re in the realm of fiction. The story is supposed to do that kind of work. The Sand Snakes have consistently been the worst part of the series since their introduction. I cannot be upset with Cersei for ridding the world of them.

But I can mention once again how stupid it is that Qyburn is Hand. Moving on.

Jaime doesn’t like Euron. Cersei may not either. The whole Jaime/Cersei romance has been a mess for a while now, even without the Brianne subplot. Their scene was okay and all, but kind of unnecessary in an otherwise eventful episode.

Reek is alive, and not on Gendry’s boat. I wish the show would just kill him. He’s definitely the Smeagol/Gollum of this show and that’s definitely not a compliment.

Sansa is a better leader than Jon. Funny, since she should be Queen of the North, especially since Bran/Yoda doesn’t want it. Littlefinger seemed quite interested when the new Maester mentioned how Maester Luwin kept copies of all the raven scrolls. I expect this could come up later on.

I guess Bran coming back was a big deal. The show played cutesy with the reunion, as Arya seemed to be the likely returning prodigal Stark. I still miss Hodor too much to care about Bran and his weird shit. Reminds me of a college freshman who comes home for break acting like a hipster. We get it. You think you know everything.

Jorah is cured of a highly contagious/deadly disease and no one cares! We still don’t know why this poor character had to suffer through it at all. I guess Joer Mormont only told Sam to tell Jorah to take the black in the books, which makes his greyscale even more pointless and stupid. Though this means we don’t have to keep pondering about it anymore! I’ll miss asking that question.

I’m getting a little tired of these mini battles at the end of the episodes. The show doesn’t have the budget for weekly extravagant sequences, but two episodes in a row of these deus ex machina power changes is a bit much. House Tyrell is supposed to have the biggest army. Their decision to side with the Lannisters won the War of the Five Kings. They’ve participated in no major military conflicts since then, so logic would dictate that they should still have a pretty big army.

But no, apparently not. The show attempted to explain this sudden charge in authority by having Randyll Tarly defect to the Lannisters, but it’s still lazy writing. The Tyrells are more powerful than just one bannerman. Olenna’s death might have been compelling television, but it made little sense within the context of the story.

This is the problem with the season six finale. Dany had a ridiculously large army with the Tyrells, Martells, Greyjoys, Dothraki, and Unsullied. It was too big to make anyone else besides the White Walkers look like formidable foes. Now for some reason, she has a smaller army. Why? Obviously the show doesn’t have much time left, but that doesn’t mean logic needs to be tossed out the window like a child who saw Jaime and Cersei making love.

This episode once again suffered from trying to tackle too many plotlines in one episode. The show needs to do a better job allotting screen time to characters who will be affected by the final scenes. Too many cooks in the kitchen is never a good thing, especially when Hot Pie doesn’t even appear in the episode.

Grab your popcorn and your membership card, because we’re making tonight a Blockbuster Night! We are so thrilled to host Sandi Harding, manager of the final Blockbuster store open in the world, located in Bend, Oregon, and Taylor Morden and Zeke Kamm, director & writer/producer of the fabulous new documentary The Last Blockbuster to the show.

Sandi shares plenty of great insights as to why her Blockbuster has survived in the streaming era, a staple of the Bend community. Taylor & Zeke share their experiences crafting the documentary and why Blockbuster is a place that sparks such fond memories for so many. The film is pure joy for cinephiles.

The Last Blockbuster premieres on VOD on December 15th.

To purchase merchandise from the last Blockbuster, please visit their website: https://bendblockbuster.com/

Ian’s review of the film: https://ianthomasmalone.com/2020/12/the-last-blockbuster-is-pure-joy-for-film-aficionados/