Coldhands, Quaithe, and the Nature of Identity 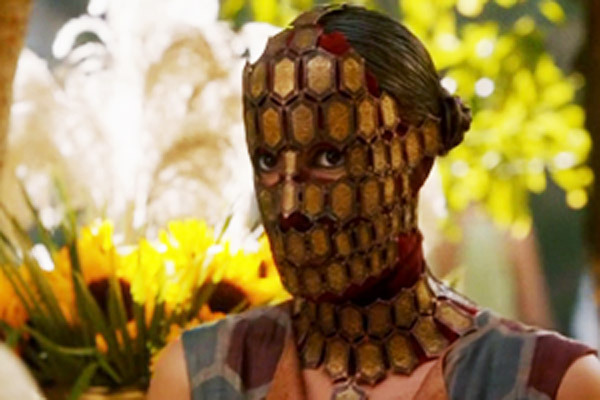 While much of George R. R. Martin’s A Song of Ice and Fire status as a worldwide phenomenon is attributed to the popularity of HBO’s Game of Thrones, it’s important to remember that these books were hugely successful years before the show was even conceived. A Feast For Crows debuted at number one on the New York Times Best Seller List, joining a club of fantasy novels with more exclusive membership than those who have pitched a perfect game or played James Bond. It’s not hard to see why.

The depth of this series is deeper than the crypts of Winterfell. Martin has woven an intricate puzzle that’s been the subject of countless articles, videos, and cocktail party conversation (I can attest to that final one). Re-reading the series is almost like reading a whole new series when you realize how much you’ve missed the first time around.

Identity has always been at the core of ASOIAF. Jon Snow’s parentage is the series’ most popular mystery. Even fans of the show who haven’t opened the books know about R + L = J. Martin’s use of the POV device allows him to shroud plot progression as much as he likes, which provides mystery at nearly every corner if you dig deep enough.

This also allows characters to mask their identities to the reader. On some occasions, Martin provides enough evidence to piece the puzzle together. The Gravedigger is probably Sandor Clegane and the Oldtown novice Alleras is probably Sarella Sand. On the flipside, Aegon Targaryen is probably not Aegon Targaryen (my guess is he’s a Blackfyre, though that’s a subject for another article).

A probably completely intended consequence of this is that it leads one to question the identity of many characters that Martin may not necessarily shove in the reader’s face quite like the Gravedigger. The overall depth of the series coupled with the long wait for The Winds of Winter has lead to countless theories that will likely be proven untrue. Once someone is somebody else, than anyone could be anyone else. The best example of this is Howland Reed as the High Septon, which is sort of explainable as Reed is a complete enigma, but lacks common sense from a story standpoint.

My two favorite mystery characters are Coldhands and Quaithe. I doubt not a coincidence that these two are linked to the stories of ice and fire respectively. Though they both make multiple appearances in the books, we know next to nothing about who these two might actually be and more importantly, what their agendas are.

It’s pretty clear that Coldhands used to be a man of the Night’s Watch. What’s also pretty clear is that he isn’t anyone from the books. Leaf eliminated Benjen Stark, Will, and Waymar Royce, when she said “they killed him long ago.”

This leaves The Night’s King as the only possibly person of note, but I wouldn’t use process of elimination to name him Coldhands. If Coldhands had bore some affection toward Houses Flint, Umber, Magnar Bolton, Norrey, Woodfoot, or Stark (putting aside what he did for Bran) then the notion would have some credibility. He doesn’t and further more, it seems unlikely that The Night’s King would act as a henchman to the three eyed crow, who’s significantly younger.

My personal theory is that if Coldhands is someone from the books, it’ll be revealed through a future Dunk & Egg novella. Bloodraven is mentioned almost excessively (like Tyrion’s waddling) in the first three and GRRM has said there will be at least eight D&Es. Bloodraven had a pretty loyal following, along with many of his Raven’s Teeth, accompany him to The Wall and his disappearance was clouded in mystery. If a future D&E novella features an elk riding follower of Lord Rivers, then I think we can pretty sure who it was.

Quaithe is a whole different story. We know she’s a shadowbinder from Asshai and that’s about it. She somehow has enough pull in Quarth to be part of Dany’s welcoming committee, but she urges her to get out of there as soon as possible. Quaithe’s agenda doesn’t appear linked to any of the other factions in the city. She gives Dany cryptic advice and appears to her via some weird sorcery.

The two leading theories are that she’s either Ashara Dayne or Shiera Seastar. Unlike Coldhands, neither of these candidates can really be eliminated. Like Bloodraven, Shiera is also mentioned prominently in the D&E novellas as a lover of Lord Rivers. She’s also mentioned as having an eye defect, which could be an explanation for why Quaithe wears a mask. Applying the same logic that Coldhands could be from a future D&E, it stands to reason that Quaithe could be as well. This would further tie the two character together as Coldhands, a henchman of Bloodraven, would be helping on the ice front while Quaithe aids Dany with the fire portion of the story.

There is some logic to suggest that Quaithe is neither of them. Ser Barristan frequently mentions Ashara Dayne, reaffirming her importance, but he doesn’t have anything to do with Quaithe even though he’s in close proximity to Dany for much of her story. Shiera Seastar makes sense from the angle that if Aegon is a Blackfyre, she’d naturally hate him as Bloodraven’s lover, who was a major player in the Blackfyre Rebellion. Quaithe warns against “the mummer’s dragon,” but not anymore than she warns against anyone else.

An important question to consider is what exactly changes if Coldhands’ or Quaithe’s identities are revealed? While Quaithe’s identity is likely more important than Coldhands’ is, it doesn’t mean she still isn’t a cryptic crazy woman. Further more, identifying her as Shiera Seastar does next to nothing for the majority of ASOIAF’s fanbase who haven’t read Dunk & Egg. This isn’t necessarily a compelling reason, but it’s something to consider.

ASOIAF is messy. That’s why it’s so fun to write about and why it has a rabid fan base who still engage with the series despite the long gaps between books. Our appetites are tamed a little bit by the novellas, sample chapters, and The World of Ice and Fire, but this is a feast for crows compared to The Winds of Winter.

We shouldn’t forget that there are errors. Tyrion has acrobatic skills early on in A Game of Thrones that disappear and there are a few inconsistencies in the appendixes. This shouldn’t be held against Martin, but it also goes to show that not every single word in this massive epic series serves to play into the bigger picture.

Some mysteries don’t get solved. I’ve done this with my own writing. The narrator of A Trip Down Reality Lane lacks a name. That’s just a secret that isn’t getting revealed. When it comes to ASOIAF, we can be sure that there’s plenty that won’t get answered, which will ensure the series’ popularity long after all of us have passed (and hopefully not come back as Lady Stoneheart). We aren’t going to get all the answers.

Coldhands can just be Coldhands and Quaithe can just be Quaithe. I’ve provided a few possible reasons why they are in fact secret identities, but there isn’t really any compelling motives for why this needs to be the case. ASOIAF is in many ways, a massive jigsaw puzzle. We can put together many of the pieces, but we’re probably not going to get all the answers. There’s nothing wrong with that.