Downton Abbey Should Call It Quits After Season Six 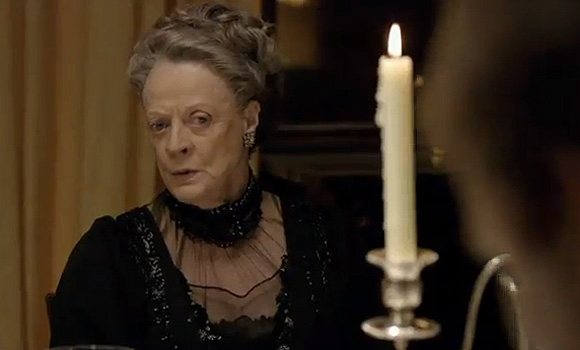 I’ve been re-watching old Downton Abbey episodes quite a bit lately. This is partially because I’ve been in a bit of a rut with new shows, but also because DA is one of my all time favorites (surprise, surprise). With all the talk of Maggie Smith leaving after next season, I thought it would be a good time to chime in with my own thoughts.

People have been quick to challenge the legitimacy of the sources, but I’d be pretty shocked if it wasn’t true. The Dowager Countess is quite old. Maggie Smith makes comments about this all the time. It would be comical to keep her character around for another two season, especially when you consider that DA typically jumps ahead a few years with each season.

While the Dowager plays more of a secondary role, she’s easily the show’s signature character. Lady Violet’s witticisms and facials reactions to the threats on the status quo for the aristocracy are a major reason why the show stands above all the other period dramas in terms of popularity. The cast has seen a significant overhaul in its five seasons, but to lose a core character this late in the show’s run would be hard to stomach. Which is why it should not outlive her.

Downton Abbey is frequently referred to as a soap opera, mostly because of its often melodramatic storylines. It’s important to note that while many of the plots are silly, DA plot progression is the polar opposite of a typical soap opera. DA is all about change whereas soap operas fight to preserve the status quo.

It’s no secret that DA has been on a downward slide for some time. The death of Matthew is often blamed for this, which I’ve explored in previous articles. From a critical perspective, one could argue that season one was the high point (Metacritic supports this, though its hardly unanimous elsewhere). I’d personally go with season two, though that’s not really a knock on season three. World War One was just more interesting than guilt, death, and prison.

It would be unfair to criticize season four for the inevitable scrambling that came as a result of Matthew’s death, but there have been three plotlines that have dragged on for the two seasons with shoddy resolutions: Mary’s courtship, Tom’s departure (if you subscribe to the belief that he’s not actually leaving the show), and Mr. Green’s death. I wasn’t in love with the Edith pregnancy storyline, but at least it wrapped itself up.

The common strands that tied seasons four and five closer together than any other two seasons presents an interesting question for the future. What now? With most of the servants preparing for their retirements, it feels like the end is nigh.

Most shows aren’t designed to go on forever, especially British ones which are often known for their brevity. Six seasons isn’t necessarily the standard run, but it’s not uncommon either. When shows go on longer, it’s often at the insistence of the network and almost always decline further in quality.

This has already happened with Downton. Season five might have been better than season four, but it doesn’t come close to the first three. That doesn’t mean that a final season can’t be spectacular.

Final seasons often give shows a resurgence, as they allow the creators the ability to wrap things up rather than string them along. Downton’s relatively short seasons give Fellowes the chance to accomplish this along with a few new plots.

Think about what a season seven would look like. Rose is already gone, though we can probably expect her in an episode or two. If this is it for the Dowager, then who’s supposed to make their dinners interesting? With Carson’s advanced aged, who’s going to serve them?

Furthermore, two more seasons brings them dangerously close to World War Two. Fellowes has said repeatedly that the show would not cover it and it isn’t exactly equipped to handle it with no males eligible to serve except for possibly George Crawley, who we don’t even really know, assuming Robert, Thomas, Carson, and Molesley are all too old to enlist.

Downton Abbey set out to tell a story about post Edwardian life for the aristocrats who desperately tried to cling on to their old traditions. It’s accomplished that and in doing so, has become a worldwide phenomenon. That doesn’t change the fact that the story has been told.

I for one, want Downton to go out with a bang. I don’t think it can do that in two seasons. That might have worked if Fellowes hadn’t started preparing for the end halfway through season five, but he didn’t. Just because it could be dragged out for another two seasons doesn’t mean that it should.

« Coldhands, Quaithe, and the Nature of Identity
The Advantages of Deviation for Game of Thrones »