The Advantages of Deviation for Game of Thrones 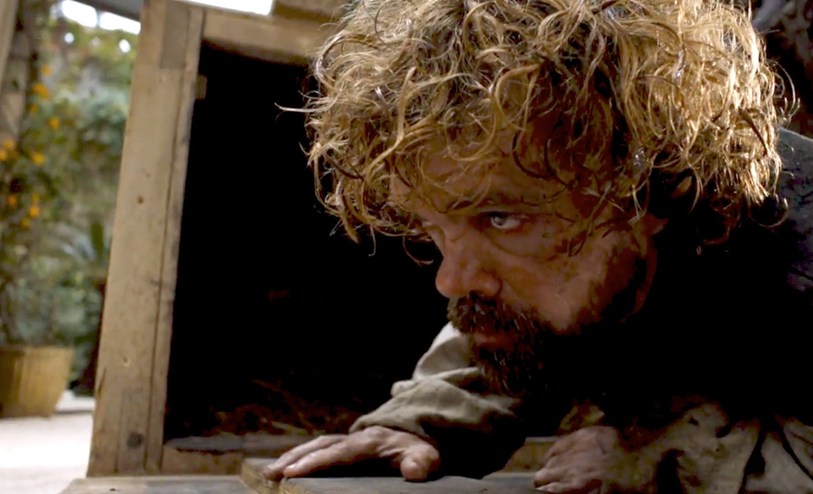 Since the recent trailer releases for the season five of Game of Thrones, I’ve been asked how I feel about the show taking creative liberties from the books. The footage seems to suggest a stronger deviation than there has been in the past, but this is hardly new. Just ask Ros and Talisa Stark.

A Feast for Crows gets a lot of hate. That’s not that surprising. Tyrion, Daenerys, Stannis, Bran (okay, not a big loss), Hodor (much bigger loss), Theon/Reek, Strong Belwas, and Benjen Stark are all absent while Jon Snow only gets a small cameo in Ser Piggy’s first POV chapter. Perhaps more importantly, there isn’t really a climax that makes up for all the missing major characters.

Which is a shame because AFFC is a fascinating read filled with character development and clues for what lies ahead. Personally, I prefer it to A Dance with Dragons, which also suffers from a slow moving plot and lack of climax, but contains all the characters that get featured on the cover of Entertainment Weekly. I wouldn’t call it the best in the series by any means, but I think it’s the one that benefits the most from a second read.

As a complete work, it’s basically unfilmable as far as Game of Thrones is concerned, along the same lines as Dune Messiah (or the whole Dune series for that matter). You can’t have a season where the action highlights are summed up by Brienne’s brief skirmishes, Samwell banging Gilly, and Myrcella losing her ear. Combining it with the early parts of A Dance with Dragons doesn’t really change this all that much.

Deviations must be made. The masses want action. You can’t have major characters wandering around, doing nothing, or simply not there at all for large chunks of time (I’ve covered this in previous articles as well). That’s not how TV works.

Game of Thrones has to forge its own path. It can’t do justice to the Northern Conspiracy or the Dornish/Tyrell/Greyjoy/Illyrio/Citadel Master Plans. We can’t speculate on who poisoned the locusts (without Strong Belwas, there’s no one to eat them anyway). If we’re lucky, we’ll get more Ser Pounce. For that, I am grateful.

As an author, my loyalties will always lie with the written word over the spoken word. It’s important to not only acknowledge these two as separate mediums, but to also not hold the latter accountable for deciding to do things a bit differently. There are tens of millions of fans of Game of Thrones. There are not tens of millions of fans who can tell you all the regions of Westeros (which isn’t that difficult).

I roll my eyes when magazines like Entertainment Weekly talk about the battle for the throne and only mention Tyrion, Jon, Arya, and Daenerys as if this is really what it’s all been about. They’re doing that for the masses. Fine, even if it comes as a slight to a certain one true king.

What’s important is to not let the deviations interfere with your enjoyment of the show. This is a high budget production with hundreds of talented people working both behind the camera and in front of it. Including George R.R. Martin himself.

It’s true that not all deviations are created equal. The show should be faulted for ones that don’t work. We should not however, fault the show for making changes solely on the grounds that it’s different from the books. That isn’t fair.

There is the problem of the finale, which will almost certainly come before A Dream of Spring or an eighth book, which I think is likely to happen. I can’t really say that’s not going to be a problem because I don’t know. This is pretty unprecedented as far as screen adaptations go. I imagine this is something that GRRM has thought about once or twice.

That’s a problem for another year. Until then, I’m going to enjoy Game of Thrones and do my best to keep my inner ASOIAF geek at bay. If I had a gold dragon for every time something was changed in the upcoming season, I’d be richer than the Iron Bank of Braavos. To say that time and time again would grow more annoying than Joer Mormont’s raven demanding corn and it would also be ignoring the fact that deviation is fundamentally in the best interest of the realm (Earth).

I will be doing recaps of the upcoming season. To ensure you never miss one, I encourage to subscribe by putting your e-mail address in the “Free Candy” form on the right. Also, I’d like to thank all of you who helped make A Trip Down Reality Lane a bestseller in metaphysical fiction and thank you for reading!