Toronto Needs to Find a New Home for the Argonauts Soon 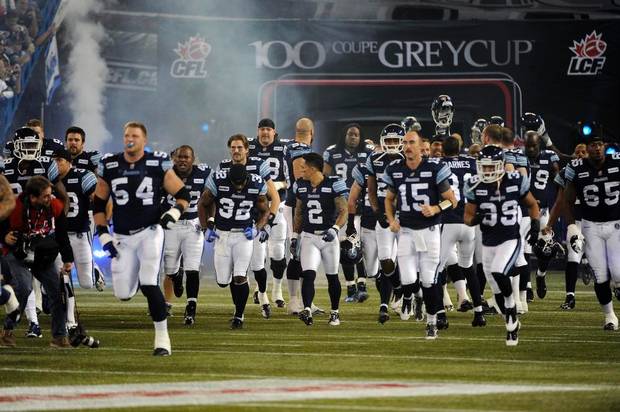 It’s a good time to be a CFL fan. With the new collective bargaining agreement ratified, the notion of a strike is safely squashed. Preseason games have started and the Ottawa Redblacks play their first regular season game in just a few weeks. The vast majority of the league has seen new stadiums or renovations help modernize the sport. Things are going well.

Except for the Argos.

One of the first things I noticed when I visited Rogers Centre to see the Blue Jays play was that the rafters were devoid of any reference to the stadium’s cotenant. The gift shop also lacked any Argonauts merchandise. Given the scarcity of Argos’ memorabilia in the States as well as the city of Toronto as a whole, I was disappointed that Rogers is purging its association with the football team years before its lease is up.

The Argos find themselves in a precarious position with their stadium woes. Rogers Centre will be shifting to an all grass field to accommodate the Blue Jays in a few years. Given most baseball players’ disdain for turf fields, this move is certainly a smart one for baseball. It is however, unfortunate, that the move was not made in conjunction with a permanent location for the Argos, who will not be able to play on the grass field.

A deal with BMO Field, the home of MLS’ Toronto F.C., was expected to happen before the project hit a snag with funding. The proposed changes would expand BMO Field’s regular capacity by 5,000 seats for soccer and potentially 40,000 for football, concerts, and other noteworthy events. Given TFC’s popularity, this seemed like a win/win for everyone involved.

The project’s cancellation creates a big mess and one that doesn’t appear to have an answer. The BMO Field funding issue means that a separate stadium built exclusively for the Argos would be highly implausible. The University of Toronto’s Varsity Stadium isn’t big enough to accommodate professional football. There aren’t really any spare stadiums lying around, especially now that Maple Leaf Gardens is a grocery store. BMO Field is pretty much the only option.

Canadian football is never going to be as popular in Toronto as it is in other cities. Toronto has plenty of other sporting/entertainment options to ensure that Argos fans will never get behind their team in quite the same fashion as Roughriders’ fans. And that’s okay.

What isn’t okay is the notion that the Argos might not have a home in Toronto in just a few years. While their lease with Rogers doesn’t expire until 2017, this is a problem that needs to be dealt with now. Construction isn’t exactly an easy thing to do.

The Rogers Centre lease situation is nothing out of the blue and yet nothing has been fixed. The CFL, the Argos, and the city of Toronto should all be embarrassed about that as well. The league has dealt with threats to its prosperity admirably and it should treat the Argos stadium issue with the same level of importance as the player’s unrest over the collective bargaining. Keeping up appearances is important.

BMO Field is the solution. Ontario needs to iron out the problems in the funding for the expansion of the field. Finding $120 million is easier said than done, but an outdoor field would do wonders for the Argos and might actually elevate them to actual relevance in the city of Toronto. The CFL should do everything it can to keep Canadian football in Toronto.