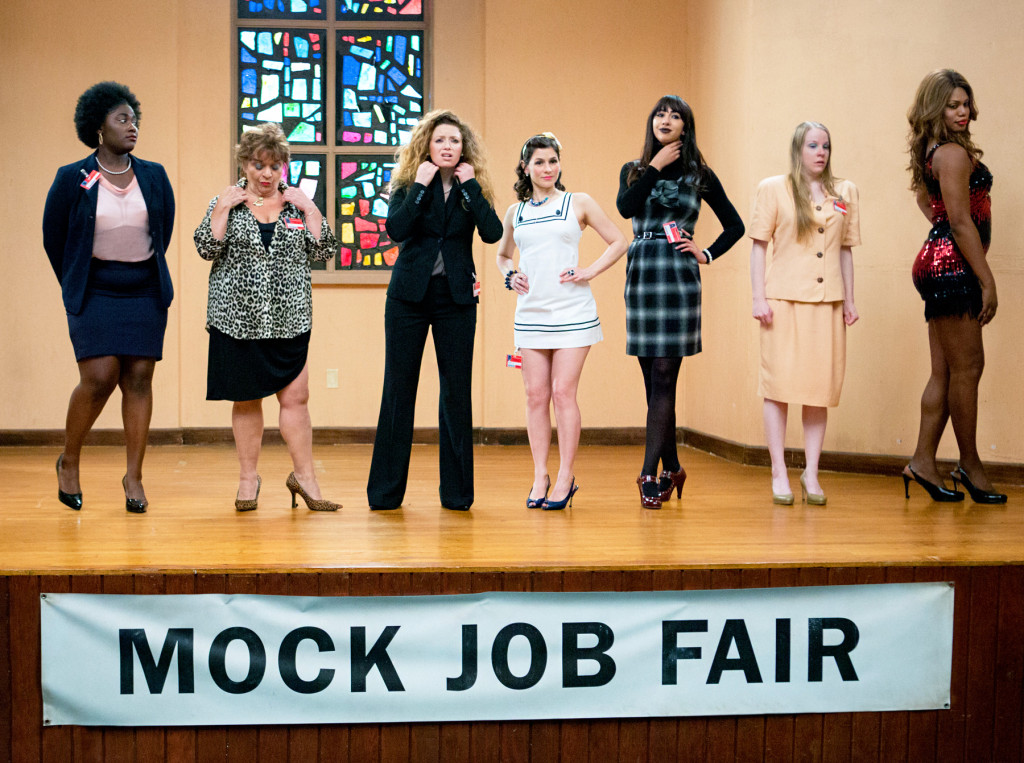 Is it possible for Orange is the New Black to simultaneously be one of the best shows on TV and overrated? Season two of the prison comedy-drama solidified the show’s status as Netflix’ flagship program. The hype was certainly big, which isn’t very surprising considering the complete lack of anything else happening on TV in the month of June. But does it deliver?

This season takes much of the focus away from Chapman. The acting has always been OINTB’s strongest attribute and the cast rarely misses a beat. Kate Mulgrew and newcomer Lorraine Toussaint are responsible for the season’s meatiest moments while other characters make the most of their more limited screen time.

While the cast excels with whatever they’re given, the show suffers from a lack of direction. There are plenty of plotlines, but none of them feel as developed as they could be. Flashbacks and unnecessary scenes involving Jason Biggs, the show’s sole rotten egg performer, waste precious screen time that could be better dispersed elsewhere. Chapman’s breakup with Larry was a perfect opportunity to get rid of Biggs and yet the show missed a perfect opportunity to shed the 90s has been. There’s no good reason to keep him on the show when other characters are given nothing to do for the whole season.

The season as a whole feels a bit incomplete when it’s all said and done. Most storylines are left unresolved and the payoffs are less rewarding than they should be. It’s okay for OINTB to put its focus on character more than plot, but the balance is a bit lacking. The flashbacks aren’t needed in every episode anymore and the show would do well to recognize that. The same problem plagued Lost in its later years when the flashbacks were no longer necessary. Format changes are okay.

The wasted time affects the season’s most interesting storyline involving contraband smuggling and the subsequent power struggle between Mulgrew, Toussaint, and Selenis Leyva. The plotline is never dull, but it never reaches its full potential either. Hints are made that it could have prison wide ramifications, which would be the natural progression and yet the show hesitates to make this the center of attention. It feels like a slightly extended subplot that is naturally the big attention grabber as it’s the easiest talking point.

Chapman’s storyline is the biggest mess of them all. She starts off the season being duped by Alex, then paints herself as some kind of badass, followed by a highly unrealistic/unnecessary furlough, and finally settles for some Stockholm syndrome. Fun right?

Season two is often a mess and yet it’s a fun mess. The cast is a treat to watch and the concept lends itself well to binge watching. It’s no different from having regrets about eating a pint of ice cream in one sitting though no matter how fun it is. The acting is immensely satisfying, but you’re bound to question what it was all for.

The bar in theory should’ve been raised for this season coming off such a successful debut. It delivers on the acting front, but when it comes to creating a season with a beginning, middle, and end, the show fails to figure out how to make it all come together. That’s the problem with a show that only airs new episodes one day a year. You burn through the episodes fairly fast without stopping to examine the flavor.

Which is fun, but it isn’t the greatest thing since sliced bread (or Phish Food, whichever came first). OINTB is a very enjoyable program, but much of its praise should be taken in context. It doesn’t need to be better than anything else on TV, because the competition is hibernating when it comes out. The show entered itself for Emmy consideration as a comedy, a move that’s been tried by hour-long comedy-dramas like Desperate Housewives, Ugly Betty, and Glee to mixed results. I’d be surprised if the show didn’t win Best Supporting Actress for either Mulgrew or Uzo Aduba, but voters have been reluctant to reward dramatic series for exploring genre loopholes.

This post has been oddly hard on a season that I did enjoy, but it’s somewhat unsatisfying when you consider the lack of growth that the show took in its sophomore offering. That’s hardly the slump that many other shows have struggled with, but it does preclude it from true contention as TV’s best program. OINTB is a show that settles for the status quo because the status quo works without trying to see if things could be better.

« Toronto Needs to Find a New Home for the Argonauts Soon
Yahoo, Community, and the Cancelled TV Show »