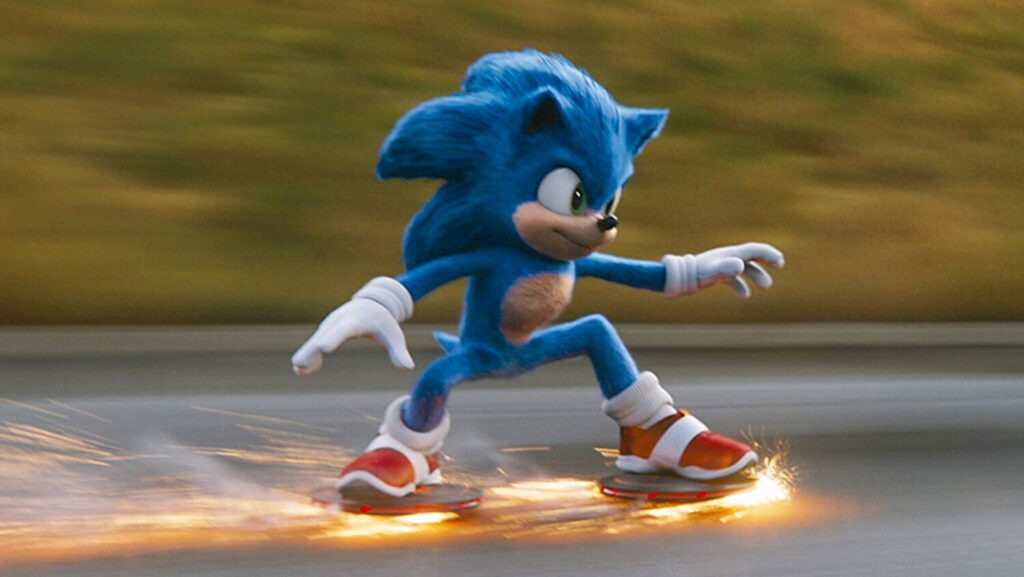 Sega built its entire video game empire off the concept of edginess. The company’s “Sega does what Nintendon’t” marketing campaign in the 90s set it apart from the family friendly image of its primary competitor. While much of that contrarian messaging was abandoned by the time Sega left the home console market, fond memories of the Genesis’ mature library live on in the hearts of many gamers.

Sonic the Hedgehog exuded cool from every blue quill in his body. Sega’s mascot wasn’t exactly edgy or risqué, but conducted his ring-collecting business with an aura of hip strikingly absent from Nintendo’s signature Italian plumber. Sonic served as a postmodern icon for what family friendly could mean in the 90s.

The Sonic present in 2020’s Sonic the Hedgehog is decidedly not cool. He’s not quite a loser, but instead a sad desperate loner with no friends. He lives an isolated life where his only company are comic books and the speed that allows him to play sports by himself. This Sonic is the kind of person you might feel bad for, but also probably wouldn’t want to hang out with either.

Sonic the Hedgehog takes Sega’s standard bearer for the concept of cool and commits the unthinkable. Sonic is boring. He’s not very funny. His interactions with local sheriff Tom (James Marsden) possess the makings of a buddy comedy, but the whole endeavor is too desperate to be enjoyable. The whole ordeal is just plain sad.

As arch nemesis Dr. Robotnik, Jim Carrey supplies most of the film’s laughs. Carrey puts forth a zany, over-the-top effort full of physical comedy reminiscent of his 90s output. It’s vintage Carrey, albeit with a little rust around the edges that becomes more obvious as the film progresses. He’s not exactly phoning his performance in, but maybe gets a little tired of revisiting the past.

The plot is pretty silly standard fare for a children’s movie based on a video game. Sonic travels to San Francisco in search of magic mushrooms to escape from Robotnik, but of course the real treasure are the friends made along the way. The generic morals aren’t exactly a problem, but it’s deeply bland stuff for a character crafted to be the antithesis of the mundane.

Is Sonic the Hedgehog really supposed to be a kid’s movie? The simple answer is yes, but it’s clear the filmmakers intended to play hard toward the 90s nostalgic crowd, many of whom may have kids of their own. Carrey’s presence further solidifies the legacy play, but this Sonic isn’t designed to be pleasing to anyone except for young children.

Sonic the Hedgehog is a pretty depressing experience. There is a temptation to disregard its futilities as the product of adults getting their hopes up for an experience crafted for children, but it doesn’t try very hard to be a good kid’s movie either. Sonic is a cool character. It’s unclear why he needed to be so generic and lame in this narrative. Everyone deserves better.

« Teen Titans Go! vs. Teen Titans Is a Loving Victory Lap for the Franchise
The Painted Bird Is a Harrowing Trek Through the Horrors of War »