Teen Titans Go! vs. Teen Titans Is a Loving Victory Lap for the Franchise 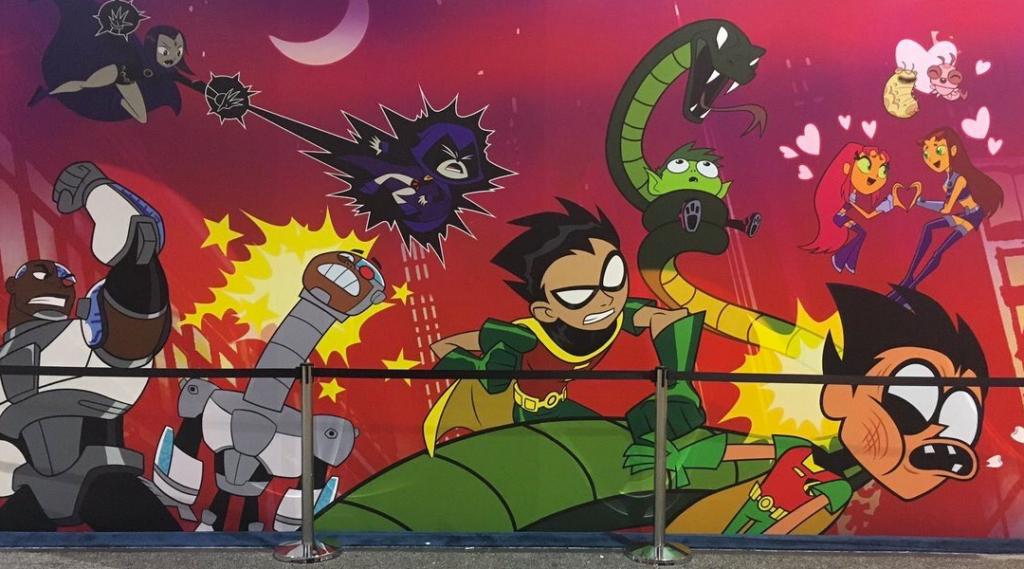 Disney used to have an informal “65-episode rule” that applied to practically all of its television series. This approach kept costs down, allowed the company to quickly stockpile a syndication library, and prevented Disney Channel from being overly tied to one program. Obviously there are plenty of exceptions to this rule, but this method was fairly standard practice across much of children’s programming.

The original Teen Titans series ran for 65 episodes from 2003-2006. Cartoon Network earned the ire of many when it cancelled the popular adaptation of the DC Comic’s superhero team. Its 2013 spinoff, Teen Titans Go!, has proved vastly more successful, producing 278 episodes (at half the runtime of the original) so far, along with a feature film adaptation, Teen Titans Go! To the Movies. While far more comedic in nature, the presence of the entire original voice cast gives the spinoff a natural sense of continuity to its predecessor.

Teen Titans Go! vs. Teen Titans is a concept seemingly unimaginable to anyone who grew up watching weekday afternoon and Saturday morning cartoon blocks, full of shows who saw their lifespans cut short at the 65-episode marker. That is the way television used to work. The past rarely returns to the present, except in the form of streaming services that cater to nostalgia.

While nostalgia obviously drives the concept, Teen Titans Go! vs. Teen Titans is not a film that overly relies on the past to drive its narrative. Fans of the original series will find plenty to enjoy in seeing the old interpretations of Robin, Starfire, Raven, Cyborg, and Beast Boy, but the plot anchors itself on much firmer footing. Raven’s father Trigon drives the plot, a compelling father/daughter conflict that works well as a plot that doesn’t need to take up the film’s whole attention.

Teen Titans Go! is hardly a show about actual fighting, but the action sequences in the film are quite fun. The 2003 team work well as the “serious Titans,” serving as the foil to their more cartoonish counterparts. It’s more of the 2013 roster’s movie, fitting given their popularity, but each character gets plenty of time to shine. The voice cast do a great job juggling duel roles.

The film is a shining example of how to please longtime fans without relying too hard on nostalgia. The jokes are well written, enjoyable both for casual viewers and diehard fans of the comics. It’s an inclusive style of comedy that doesn’t overstay its welcome with a lean 77-minute runtime.

Fans of the original series who don’t appreciate the lighthearted tone of Go! might find similar disappointment, but Teen Titans Go! vs. Teen Titans is a very entertaining extra chapter in the Teen Titans chronology. As a film, it’s not quite as full of laughs as its cinematic predecessor, but it’s also playing toward a different objective. The Titans have crafted an impressive television continuity over the past seventeen years. The film plays homage to their legacy while keeping its eyes on the present.

« Classic Film: The Draughtman’s Contract
Sonic the Hedgehog Undercuts Its Hero by Turning Him into a Generic Bore »