Bill Burr: Paper Tiger Struggles To Get Past Its Flimsy #MeToo Commentary 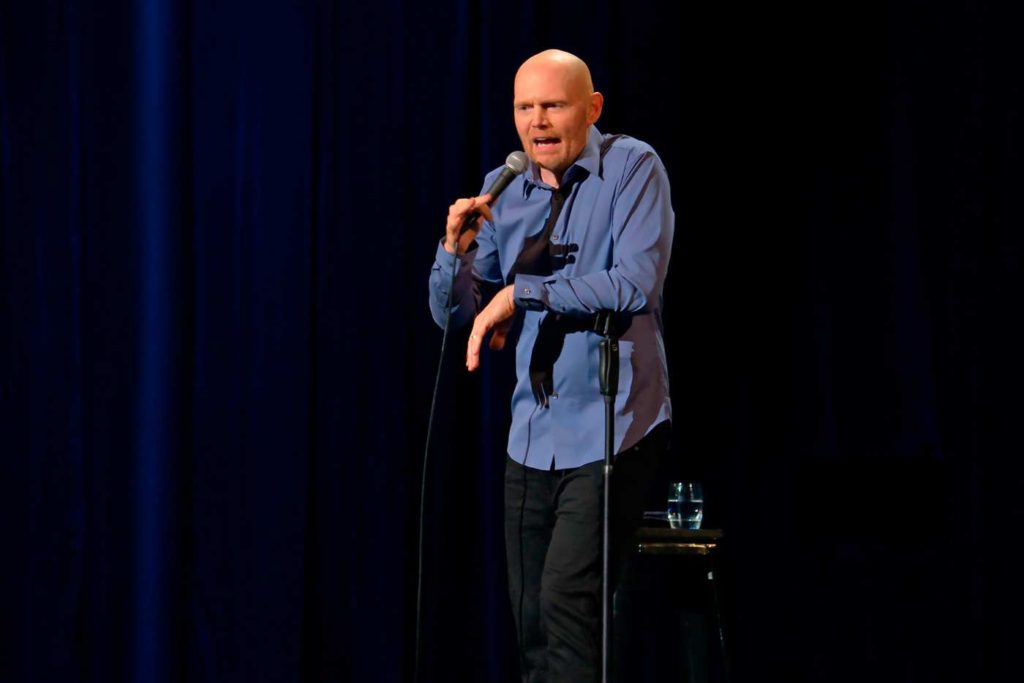 Analysis of the #MeToo movement and subsequent “outrage culture” has become popular fodder for comedy specials. Bill Burr: Paper Tiger dedicates its first act to commentary on the nuances of feminism, intersectionality, and the nature of sexual harassment accusations. Burr clearly feels obliged to comment on this point in American culture, but he’s not very good at mining the humor out of this complicated minefield.

Sure that might sound like nitpicking, but the whole segment highlights a broader issue for the special. For all the talk of Burr wanting to “trigger” people, his most outrageous bits never feel edgy enough to pack the desired punch. He talks about wanting to drive by a woman’s rally yelling outrageous things in an effort to see people flail around in agony, struggling to contain his laughter at the imagery. Sure, “owning the libs” has become an internet meme, but the whole segment plays out like Burr actually believes he can inspire such terror with his words.

A telling moment in the special came when a heckler shouted about consent as Burr lamented the plight of women who enjoyed rough sex in the #MeToo era. Understandably, Burr was annoyed at having his rhythm disrupted, but he also reacted with indignation at the idea that people were questioning his very understanding of consent. His reaction exists in stark contrast to his opening segments, a man who doesn’t want you to think he’s a sexist pig while telling jokes that depict him as such.

He’s provocative for sure, taking aim at Stephen Hawking and Michelle Obama, occasionally earning a chuckle in the process. The jokes themselves don’t really dive deeper than surface-level humor about living with a debilitating disease like ALS or being a First Lady with ambitions beyond mere photo ops. The shock value is there for those who laugh at things they wouldn’t feel comfortable saying in public.

A good barometer for whether or not you find Paper Tiger funny is whether or not you laugh at the mere thought of a person taking offense to something you said. Such amusement can be had without a person actually running around screaming in terror at said words. An abstract “snowflake” can certainly substitute for the real thing.

Is Burr actually offensive? At times, sure, but more of in the eye-rolling “offensive uncle at Thanksgiving” vein than something people might actually be outraged by. Comedians often claim they’re on the verge of “cancellation,” as Burr himself suggests, a point instantly disproven by the very existence of the special. He says, “This is going to be my last show ever,” something that only feels edgy or amusing to people who preface every offensive thing they say with that ominous foreshadowing.

As someone who belongs to a group that Burr took aim at, there isn’t much to be offended by in the notion of being told transgender women “discard” their penises. It’s a joke that’s been told a million times that lacks any basis in the fundamental process of bottom surgery. Are we supposed to laugh at the idea of a gender-neutral bathroom on a plane when literally every bathroom aboard every plane is fitted that way?

Burr is much stronger when he turns his humor inward. He talks about his temper and his desire to deal with that anger for the sake of his child. Similarly, his bits about his wife are fairly funny, even though much of it is similarly laced in the denial of any semblance of advantage afforded to him as a straight white man.

At one point early on, Burr suggests that the #MeToo movement “had to happen.” He does seem like a fairly likable man throughout the special, an Archie Bunker-like figure trying to be a good father while struggling to process the ever-changing world around him. Undoubtedly, there are plenty of people out there in similar boats, resistant to change that might come at a cost to their own standing in the world.

Burr best illustrates the problem with Paper Tiger when he remarks that the #MeToo movement appears to be winding down, having seemingly handled the most egregious cases. If that’s the case, maybe so too should standup comedians find something else to talk about. Maybe soon, we’ll see a special dedicated to outrage for the people who are outraged about outrage culture. Hopefully it’ll be funnier than this lopsided routine.