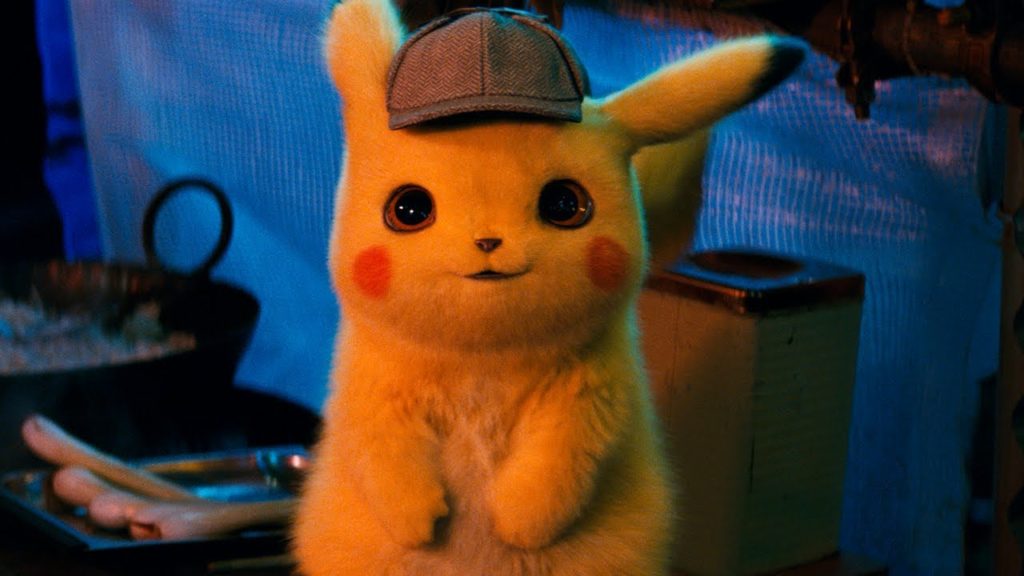 A live-action adaptation of the massively popular Pokémon franchise always carried a degree of inevitability, with the question of plot serving as perhaps the largest looming question. The main video game series and the anime based on it both carry the same general objectives in catching and battling Pokémon. Deploying a similar storyline for a live-action movie could have been tricky to pull off, as the sight of adorable monsters beating each other up certainly presents the possibility of being quite upsetting to watch, especially for young children.

The decision to center Pokémon: Detective Pikachu around a mystery sidesteps this issue, largely taking action out of the main narrative. Ryan Reynolds’ Pikachu is less an electrically-charged rodent than a wise-cracking one, better for laughs than battle. Reynolds is rather amusing in the title role, but such humor feels weirdly out of place in the world of Rime City, far better suited for his other massively popular role in Deadpool.

As a buddy cop movie, Pokémon: Detective Pikachu functions quite well. Justice Smith gives a compelling performance as Tim Goodman, a young man trying to find a place in a world that’s let him down far too often. The narrative doesn’t give Tim that many moments to shine, leaving his overall arc feeling a little clichéd, but the film has much bigger issues than that.

The film takes a remarkably convoluted approach to handling the matter of Pikachu’s ability to talk. As a general rule, Pokémon and humans can’t communicate with each other, but fans of the series will know that there are a few exceptions, most notably in the anime where Meowth talks practically every episode. An unexplained talking Pikachu would not have been much of a plot hole, but the film followed that notion down the rabbit hole to its own detriment.

The mystery at the core of Detective Pikachu is uncomfortable to say the least. Buddy cop movies are less about the destination than the camaraderie enjoyed along the journey, but that’s also assuming that the end goal doesn’t fundamentally change the way you perceive the adventure itself. For some, suspension of disbelief may be enough to sidestep the issues presented, but there still remains the sense that the film opted for a needlessly weird twist that was bound to be divisive.

As funny as Reynolds is throughout the film, after a while, it starts to feel like the film is using his humor as a crutch in the absence of a deeper narrative purpose. At times he feels completely irrelevant to the plot, sounding more like a commentary track than an integral part of the story, which is itself a product of the film opting for a far more complex plot that it needed. Reynolds’ Pikachu is too much of a good thing, never building on an amusing foundation until a clunky attempt to establish some sense of narrative payoff in the third act.

Pokémon: Detective Pikachu could have easily made for an entertaining experience without having much of a story. Adorable creatures and Ryan Reynolds are a match made in heaven, but the film unnecessarily burdened itself with a bizarre plot that totally undercuts the movie. Fans of Pokémon will undoubtedly find much to love in seeing all the beautiful CGI, but the experience as a whole leaves a lot to be desired.

« The Hot Zone Is a Brilliant Thriller That Kicks the Summer TV Season off with a Bang
Game of Thrones Season 8 Recap: Episode 5 »